This Sunday we are visiting the Church of Our Lady and St John the Baptist in the popular wine sampling town of Vouvray. The current church, enlarged and restored at the end of the 19th century, sits on the site of a smaller 11th century Romanesque church, of which only a small part remains, cut into the hillside at the base of  the tower. 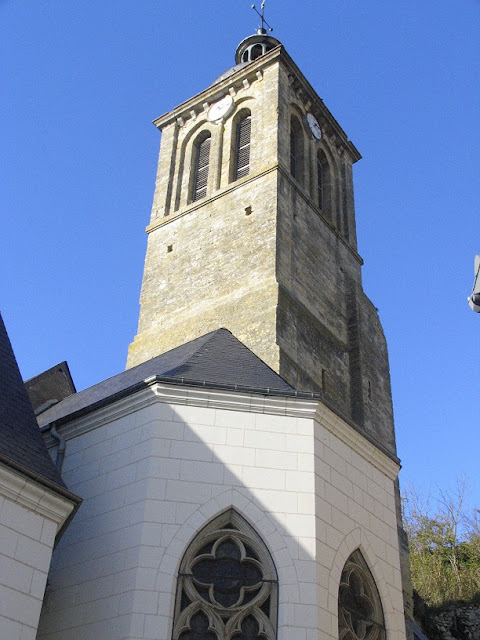 The tower itself is topped with a 19th century slate cupola. 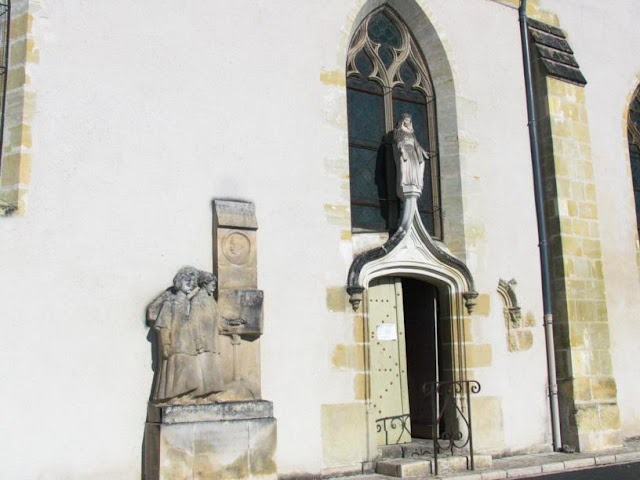 You are encouraged to use the side entrance to the church beside which is a monument to the musician Charles Bordes, a native of Vouvray, who is said to be responsible for reviving interest in the music of Gregorian chants.It depicts three children singing or perhaps chanting. 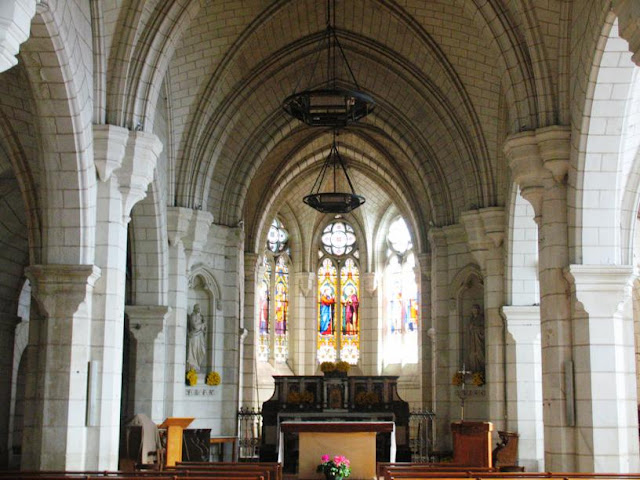 It is a pretty and welcoming church with three naves with a main alter and two side chapels. 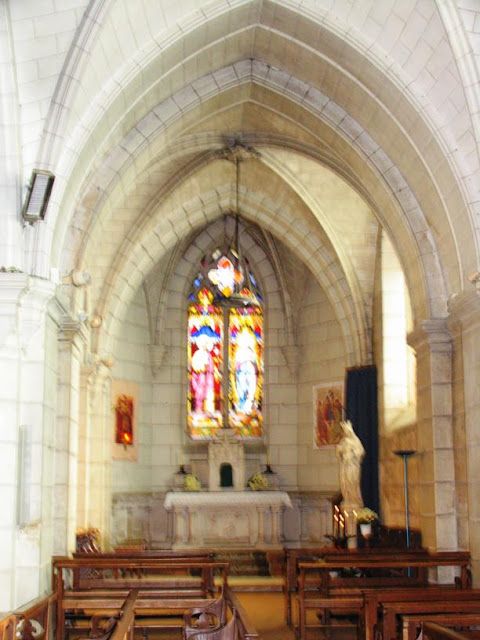 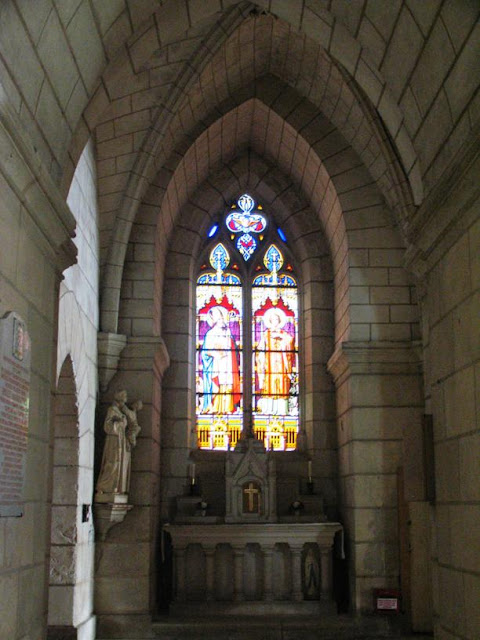 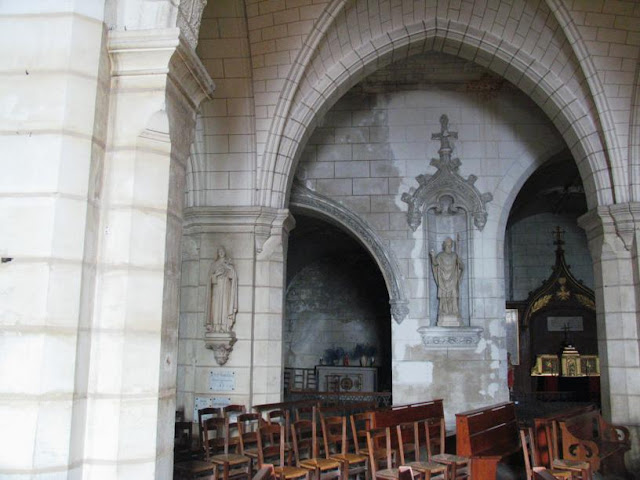 There is also the nave dating from the 11th century dug into the hillside. 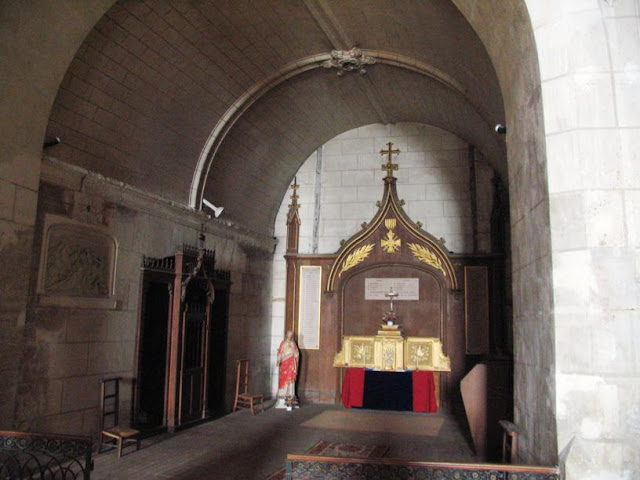 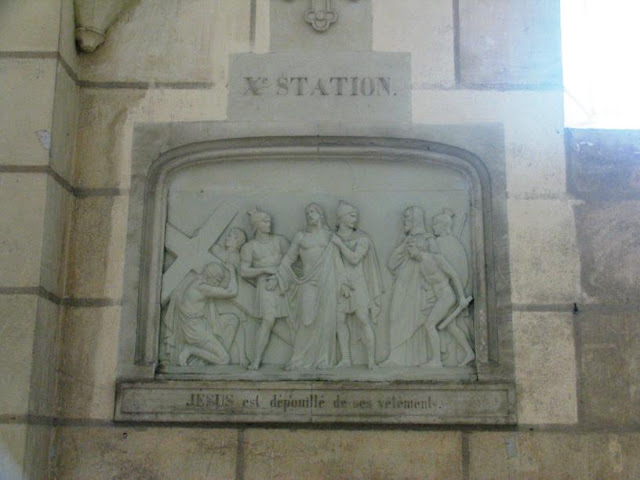 There is a fine set of stone carved 'stations of the cross' in the church. 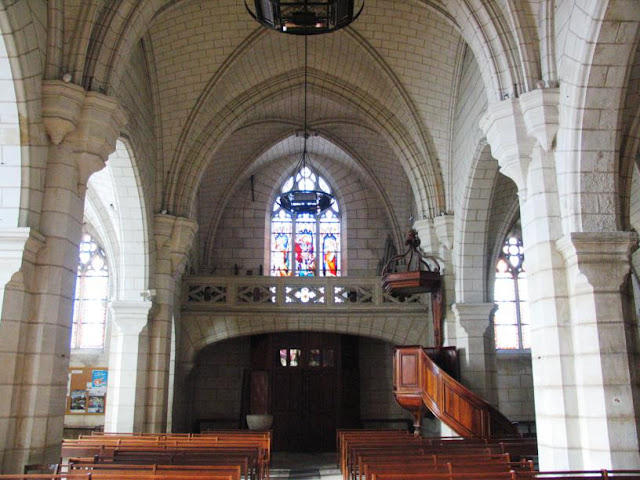 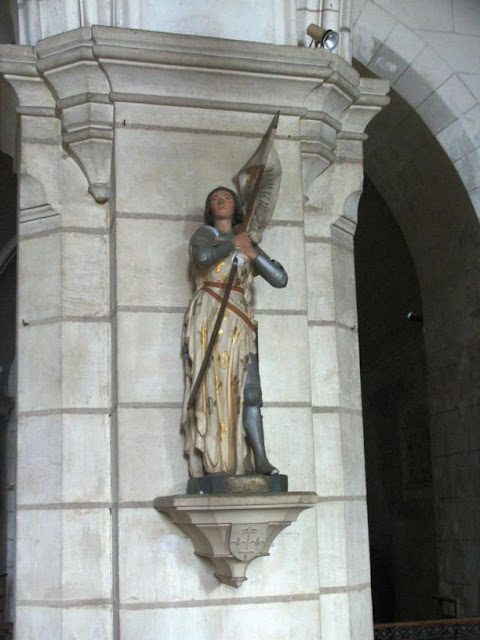 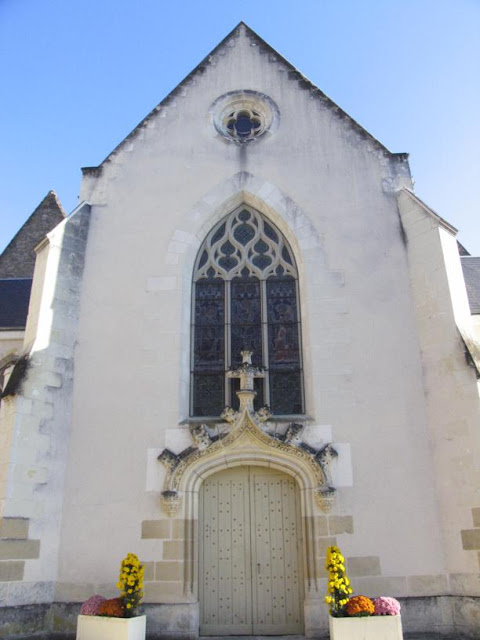 To the left of the main entrance you can see how the church is actually built onto the hillside. 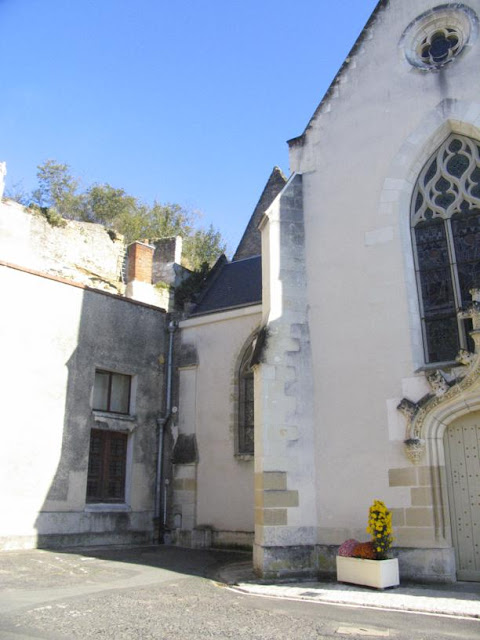