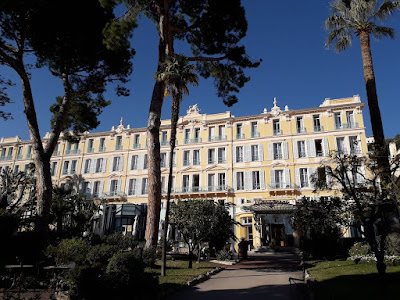 On our little road trip away from the Loire Valley we are so lucky to be able to stop off here in Menton which sits between the Principality of Monaco and Italy, where the Alps roll down to the shores of the Mediterranean. Our hostess here was kind enough to give us a tour of the town which holds many memories for her both as a visitor and also for the many years her mother had a home here.It has an exceptional 'Belle-Epoque' hotel (or Palaces) heritage, due to the many grand hotels that were built here to welcome rich winter visitors and because a certain Dr James Bennet in the 1870s had declared that the town’s micro-climate and its almost unfailingly good weather offered a hope of recovery for those suffering from lung problems, meant the town had an influx of predominantly British but also German, Swedish and Russian sick people! 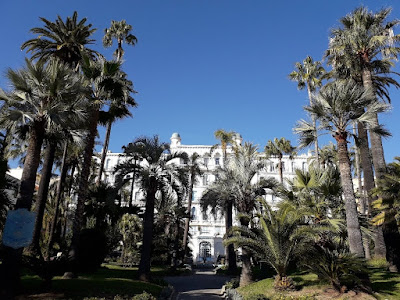 These, mostly wealthy patients who took up residence in these grand hotels, meant the said doctor made a fortune as he set up a clinic to treat them. Unfortunately the climate of Menton did not in fact heal the likes of tuberculosis and many patients died awaiting 'the cure'. 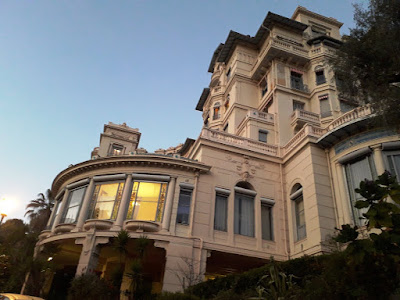 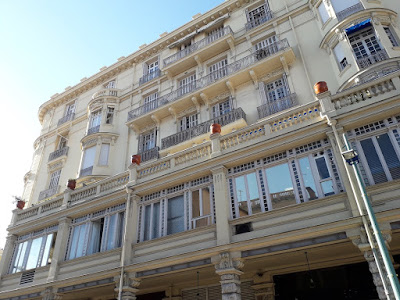 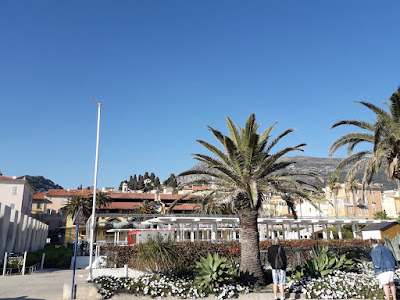 We walked along the charming seafront... 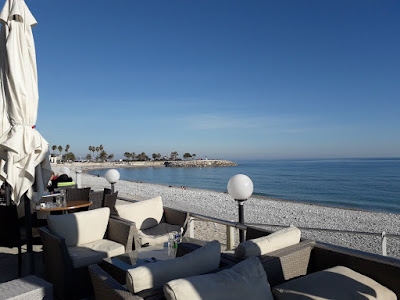 ...looking up at the old medieval part of the town. 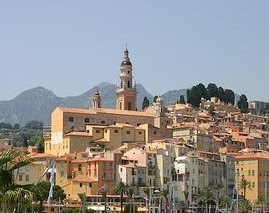 We headed up through the delightful narrow cobbled streets where the sunlight reveal jumbled little houses in muted shades of ochre  pink and yellow. We climbed up to rue Saint-Michel to the basilica of the same name, church with its landmark bell-tower. 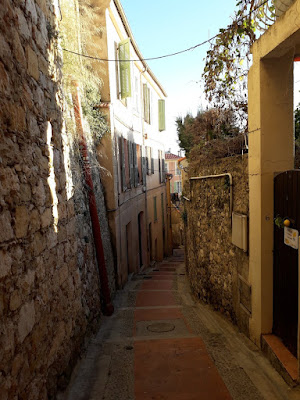 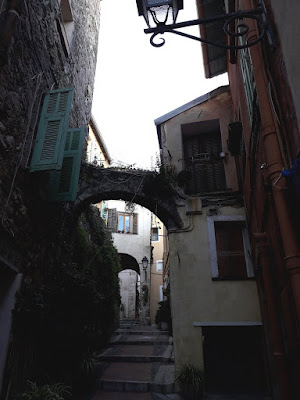 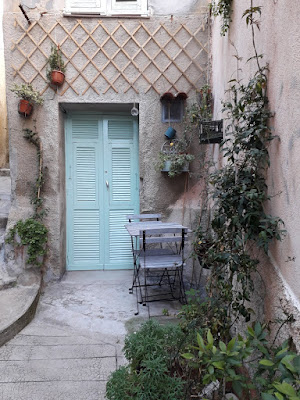 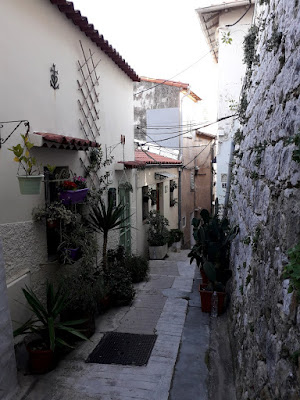 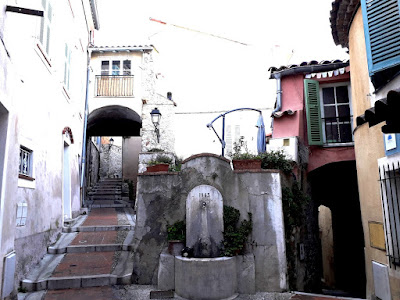 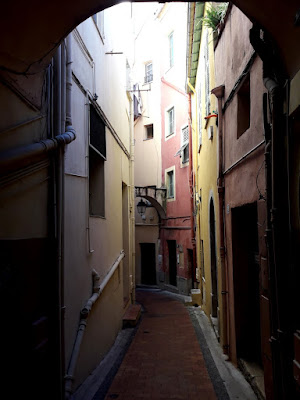 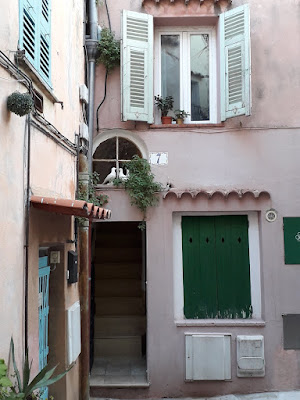 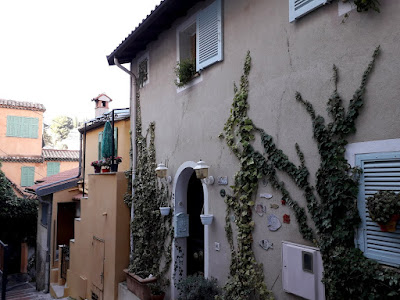 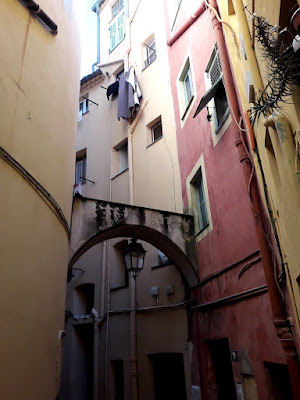 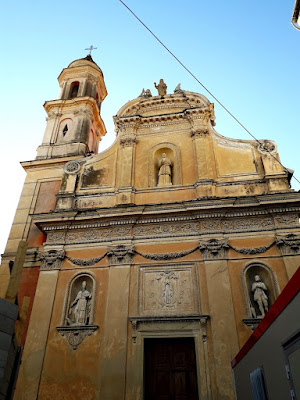 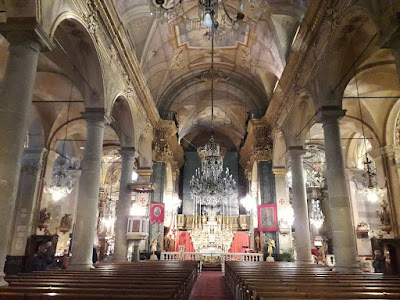 We continued up to the graveyard atop of the hill which gives wonderful views over the coastline. 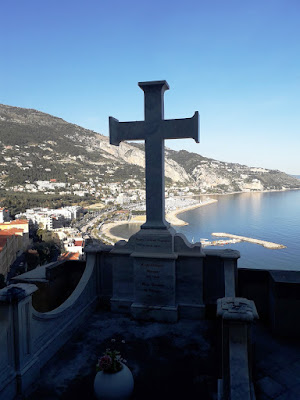 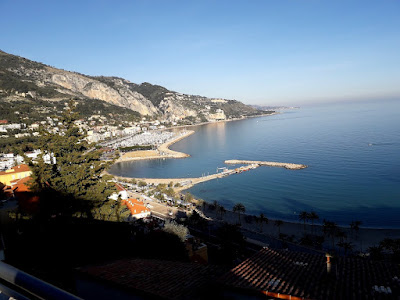 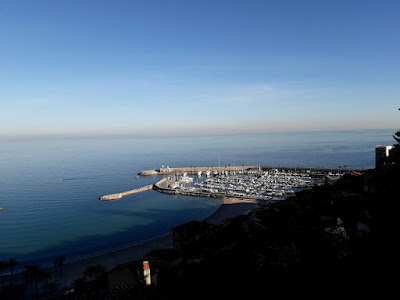 The cemetery on rue du Vieux Chateau is a peaceful spot and is actually a place of pilgrimage for rugby fans as the sport's 'inventor', William Webb Ellis, is buried there. 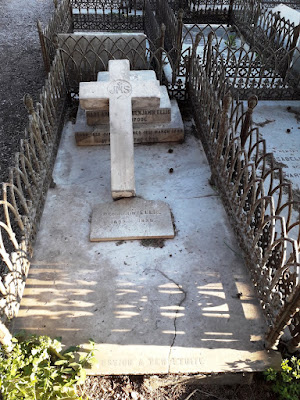 As it happens there is also someone from my home town of Kilmarnock, John Hugh Bicket who died young (34) in 1894. His wife Emilie is also buried here. 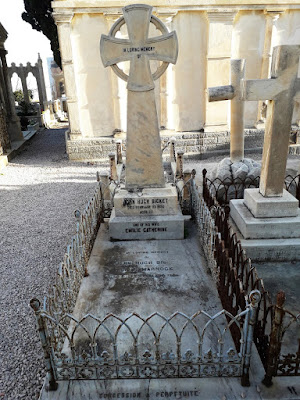 Posted by Loire Valley experiences at 20:31

Email ThisBlogThis!Share to TwitterShare to FacebookShare to Pinterest
Labels: Menton.Kilmarnock