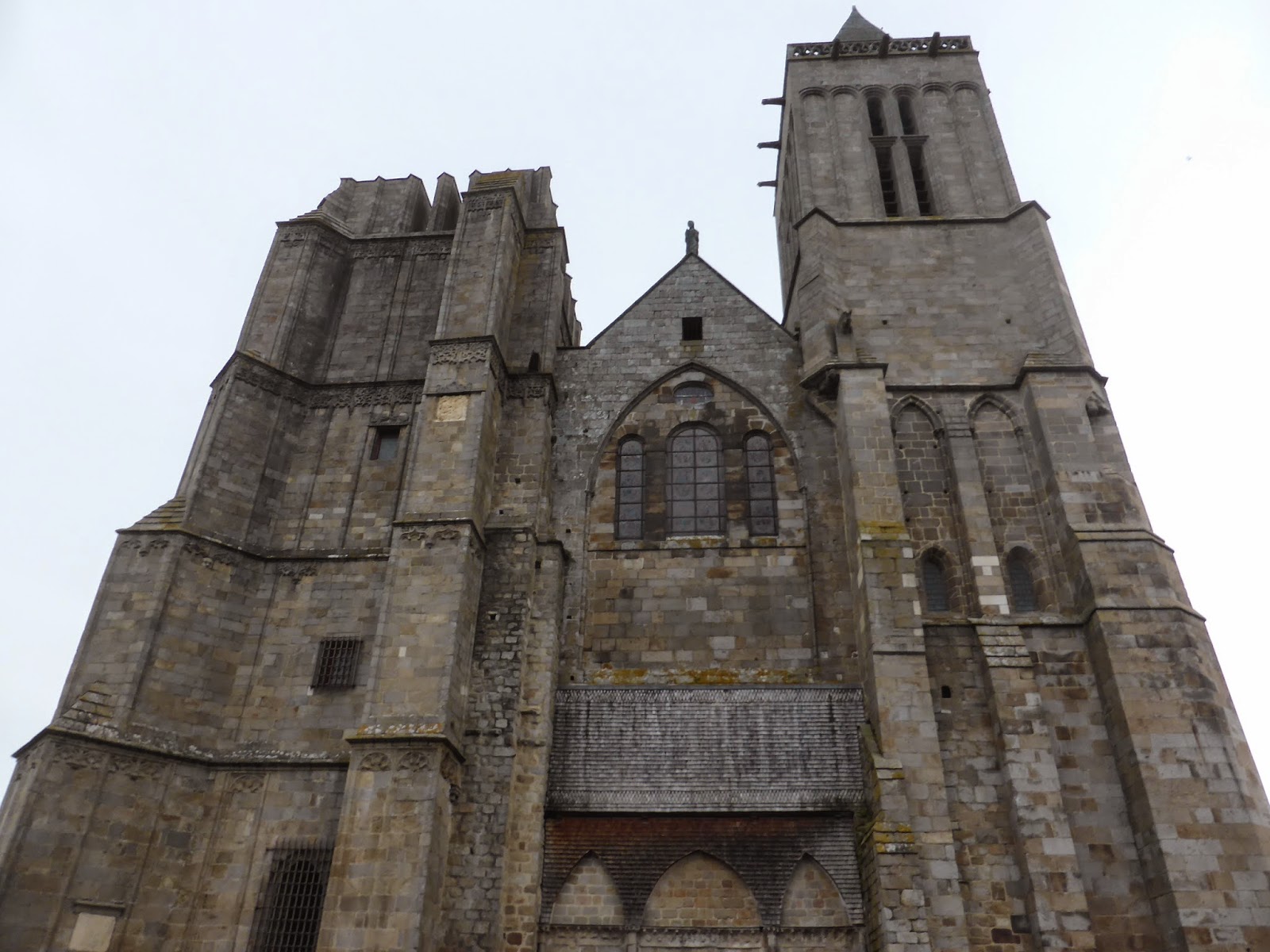 When we were out and about during our trip up to Dinan in October we literally stumbled upon this carbuncle (on the outside anyway) of a cathedral in the small town of Dol-de-Bretagne. It isn't even finished, apparently they ran out of funds to complete one of its towers! It also seemed an odd place for it to be but its history explains... 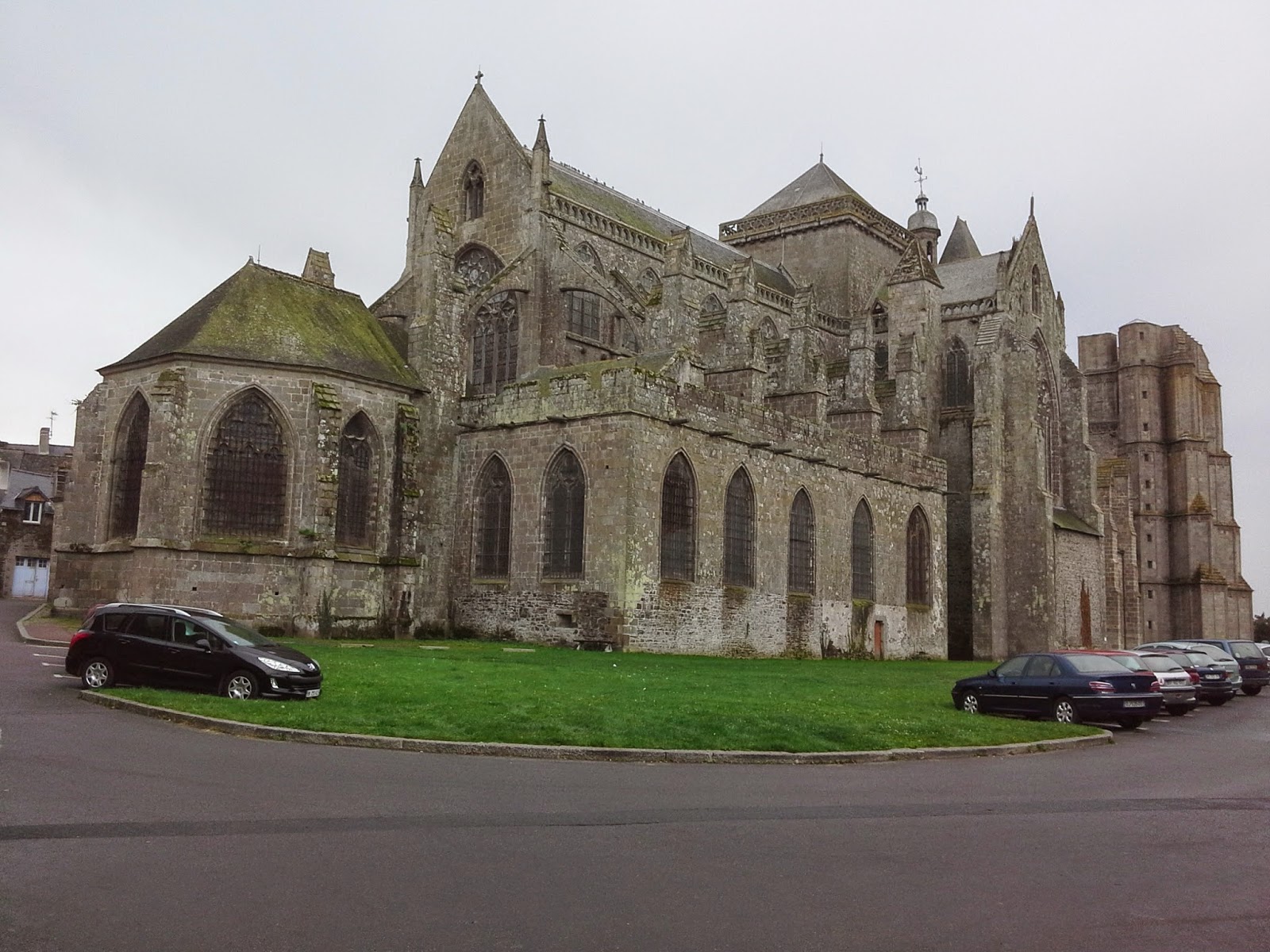 The one time religious capital of Brittany this small town, which although now sits 7km from the coast,was once on an island, had an important role in the spreading of Christianity in this part of France. It was apparently all started by a Welsh monk ,Saint Simon, to whom the cathedral is dedicated, who founded a monastery here way back in the 6th century. The monastery was enlarged and rebuilt many times and even burnt down by the English King John (Lackland) in the early 13th century. Fearing that that this might harm his chances at the 'pearly gates' he helped finance its reconstruction but not well enough it seems!. It would be another couple of centuries before it was completed (?) to what we see today 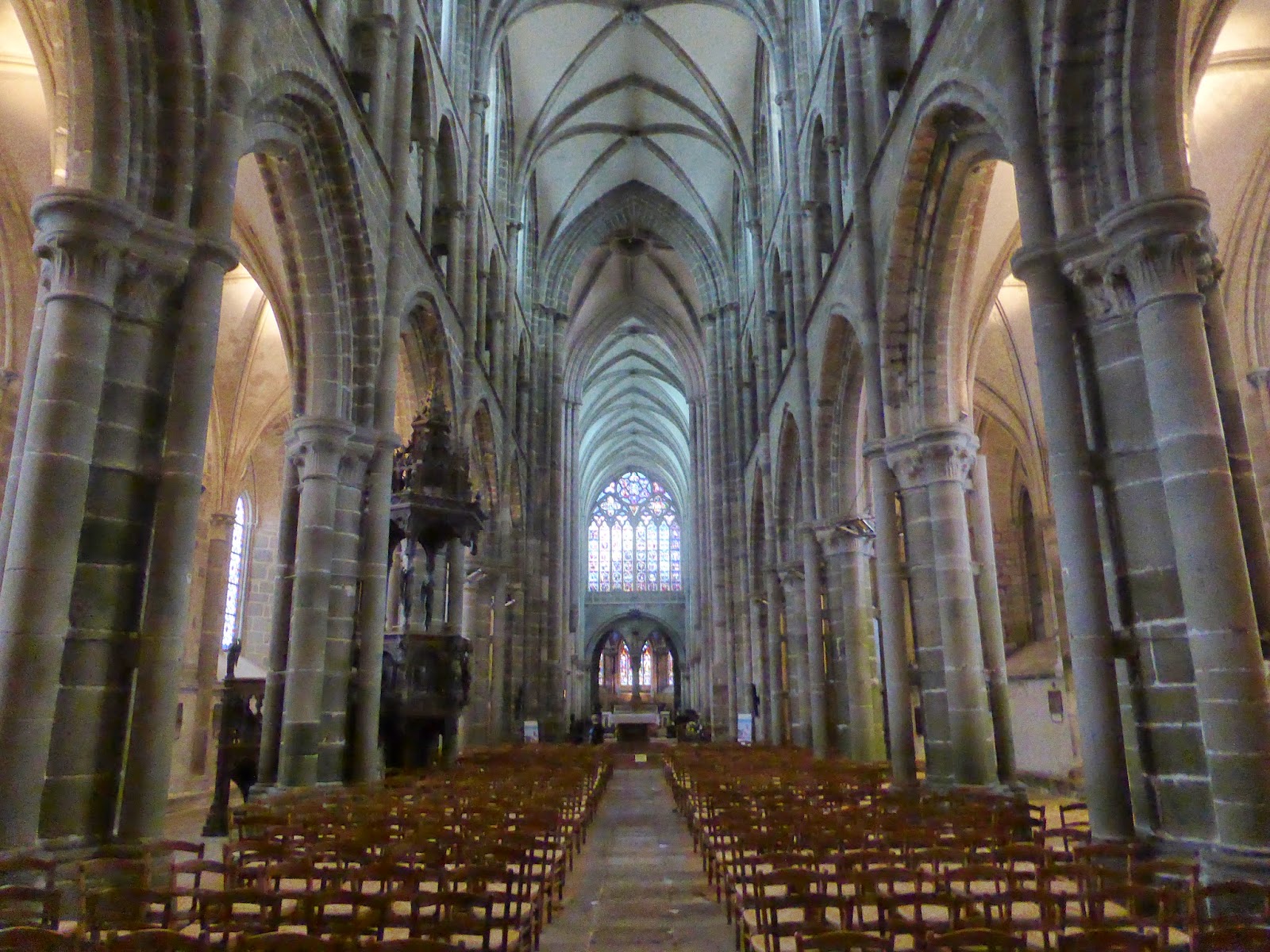 Its stark exterior takes on some forgiveness as you enter into the cathedral's nave... 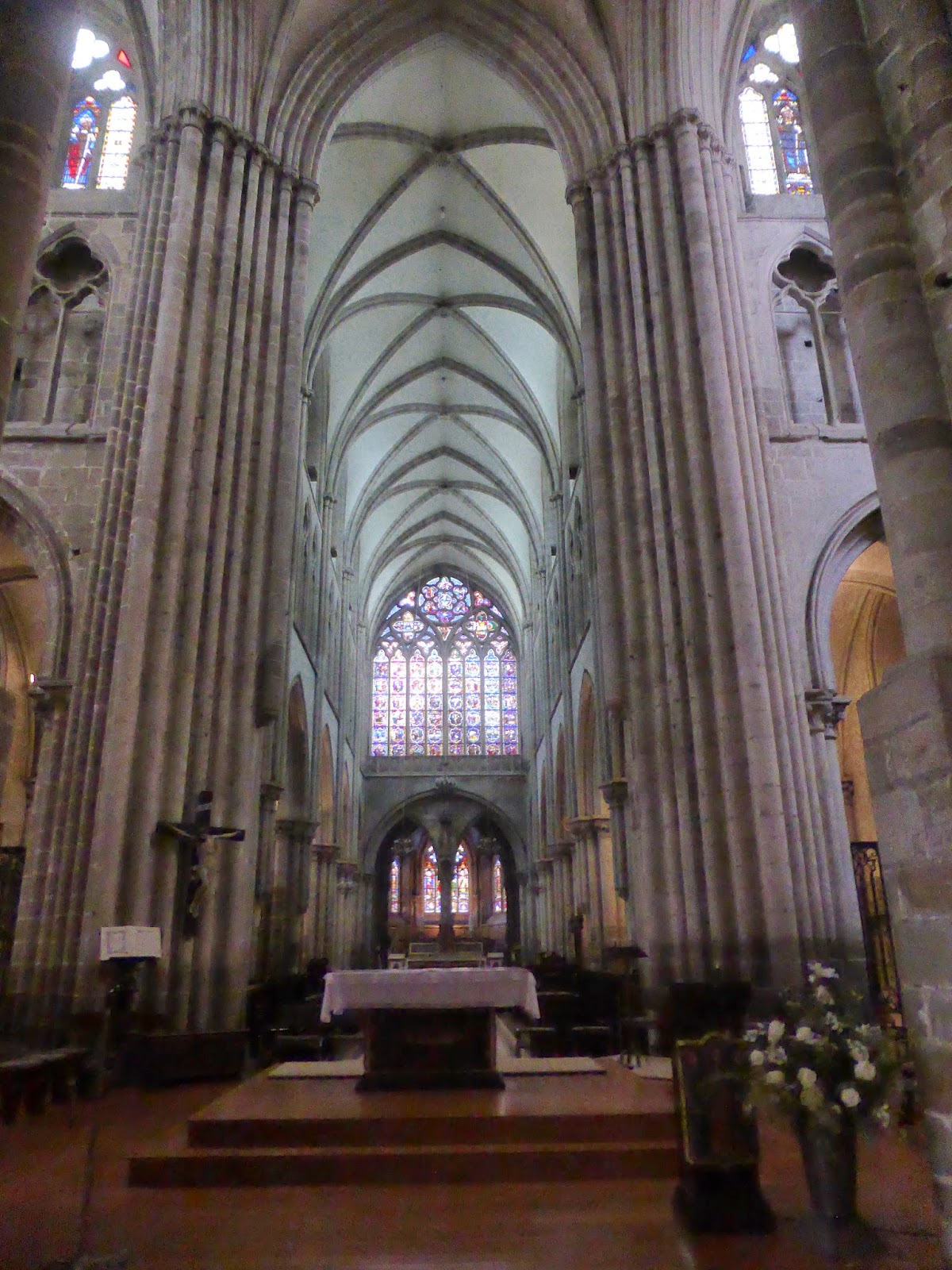 and walk towards the main altars choir and apse. 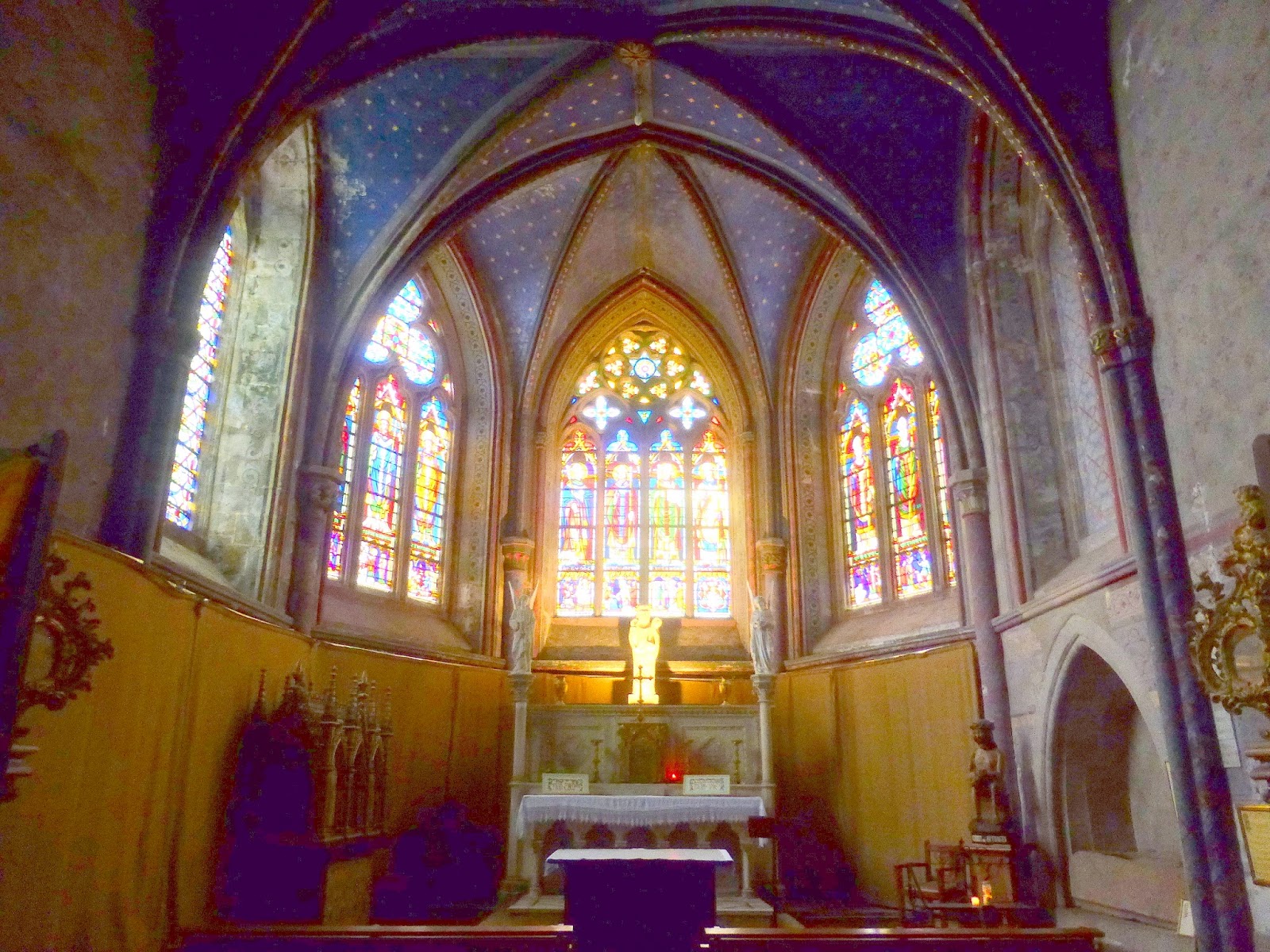 It was really only my flash that brought it out of its dreariness. 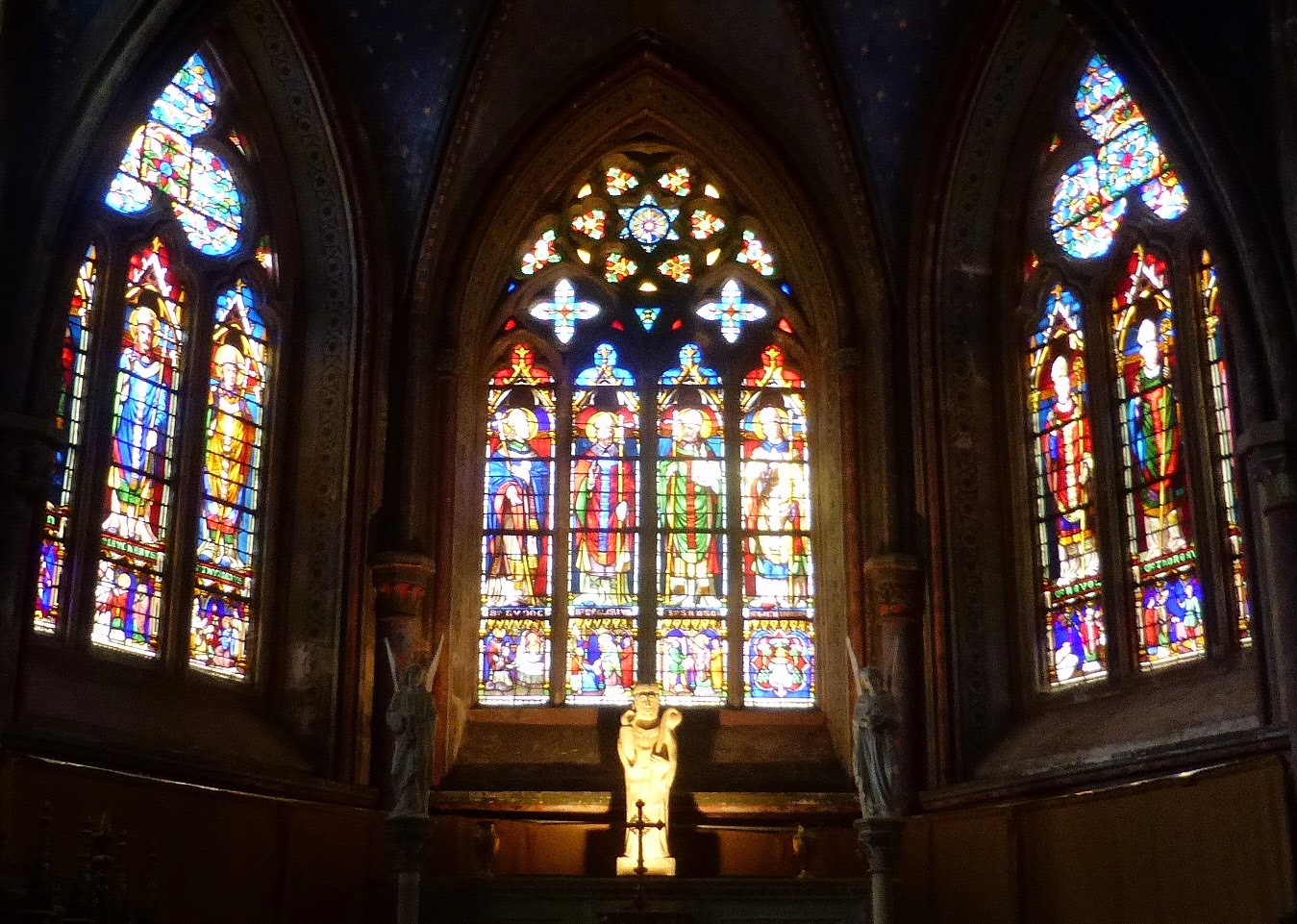 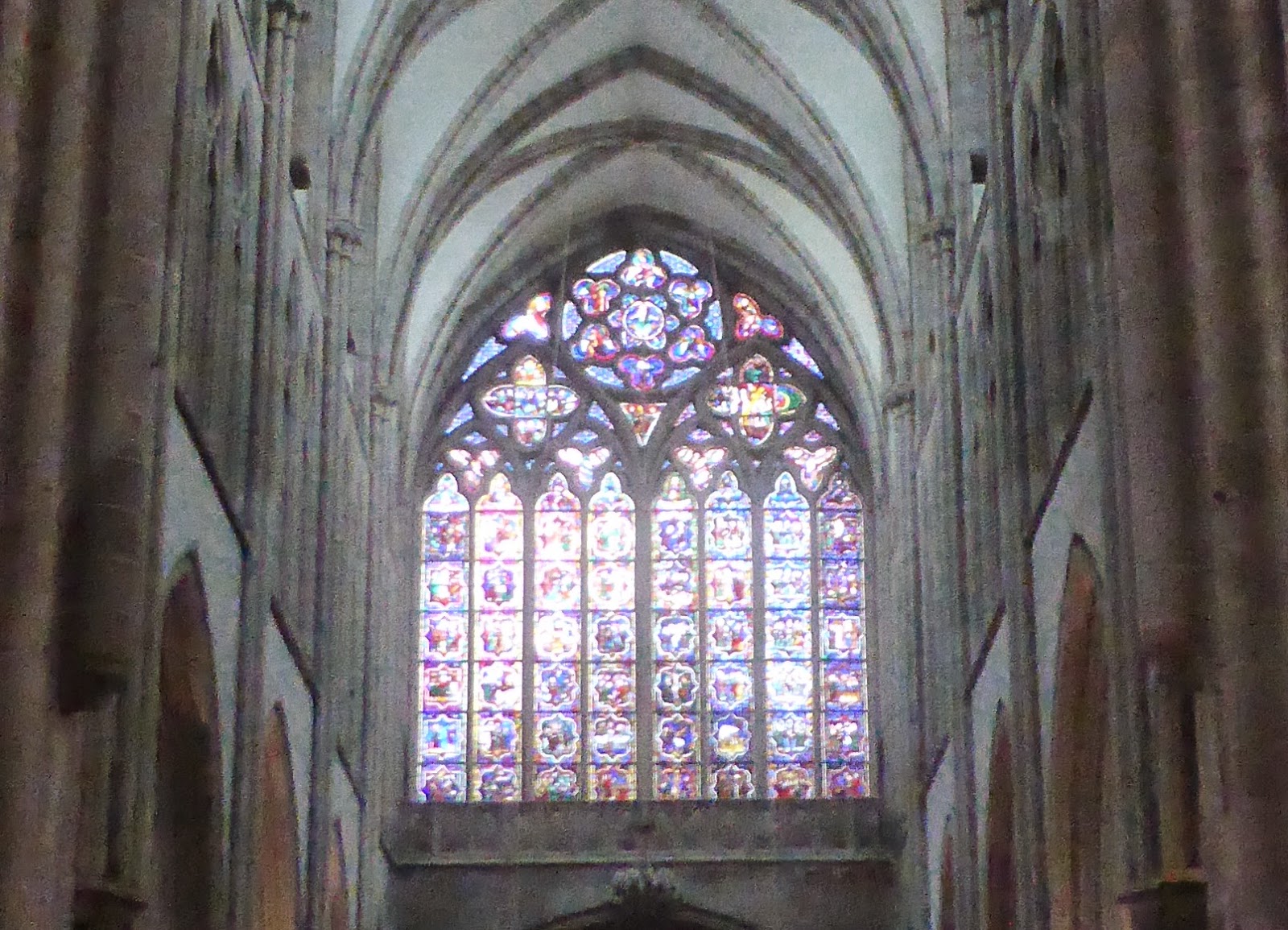 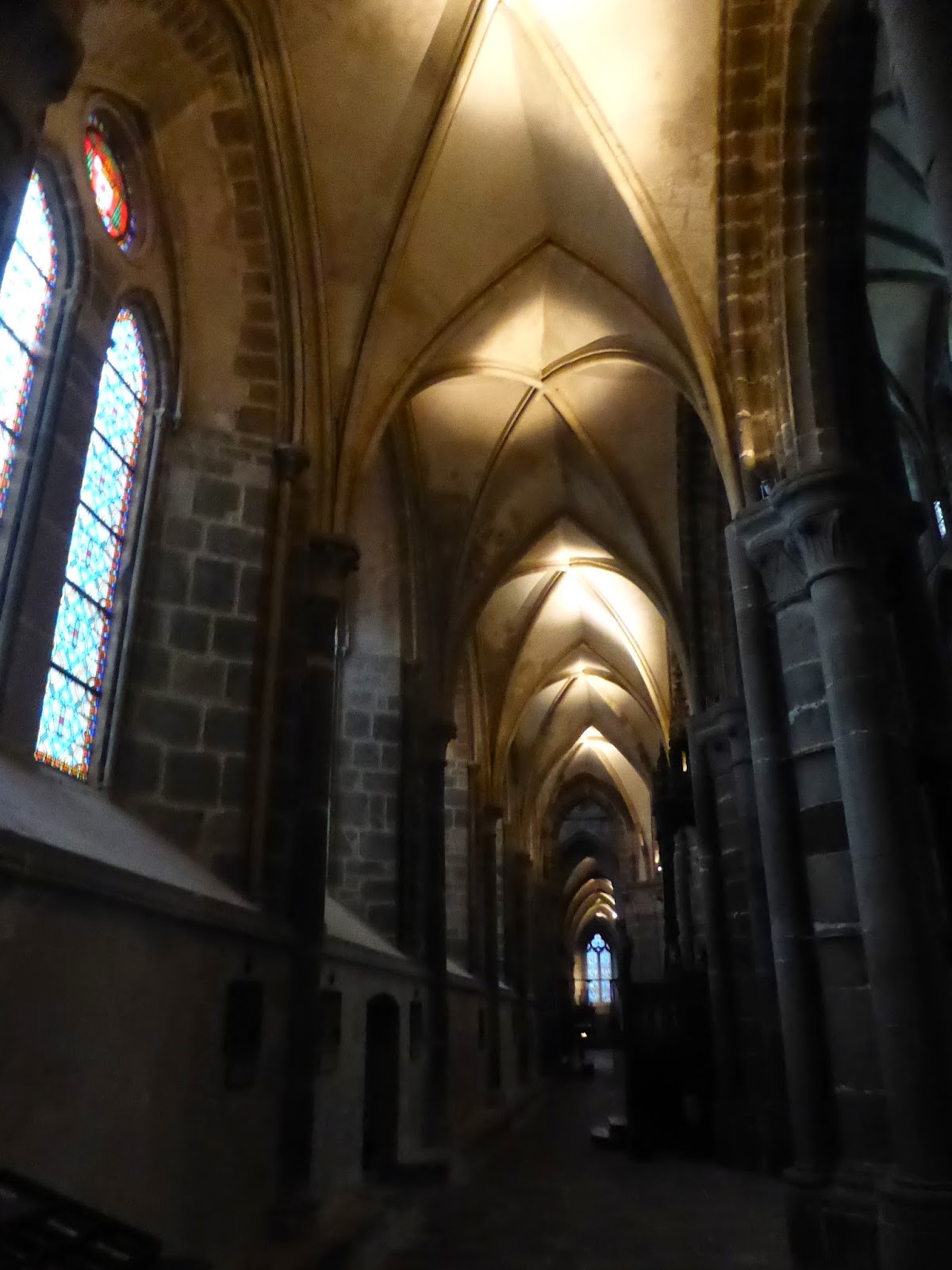 Even with their artificial lighting on a grey day like the one on our visit the building struggled to come to life. 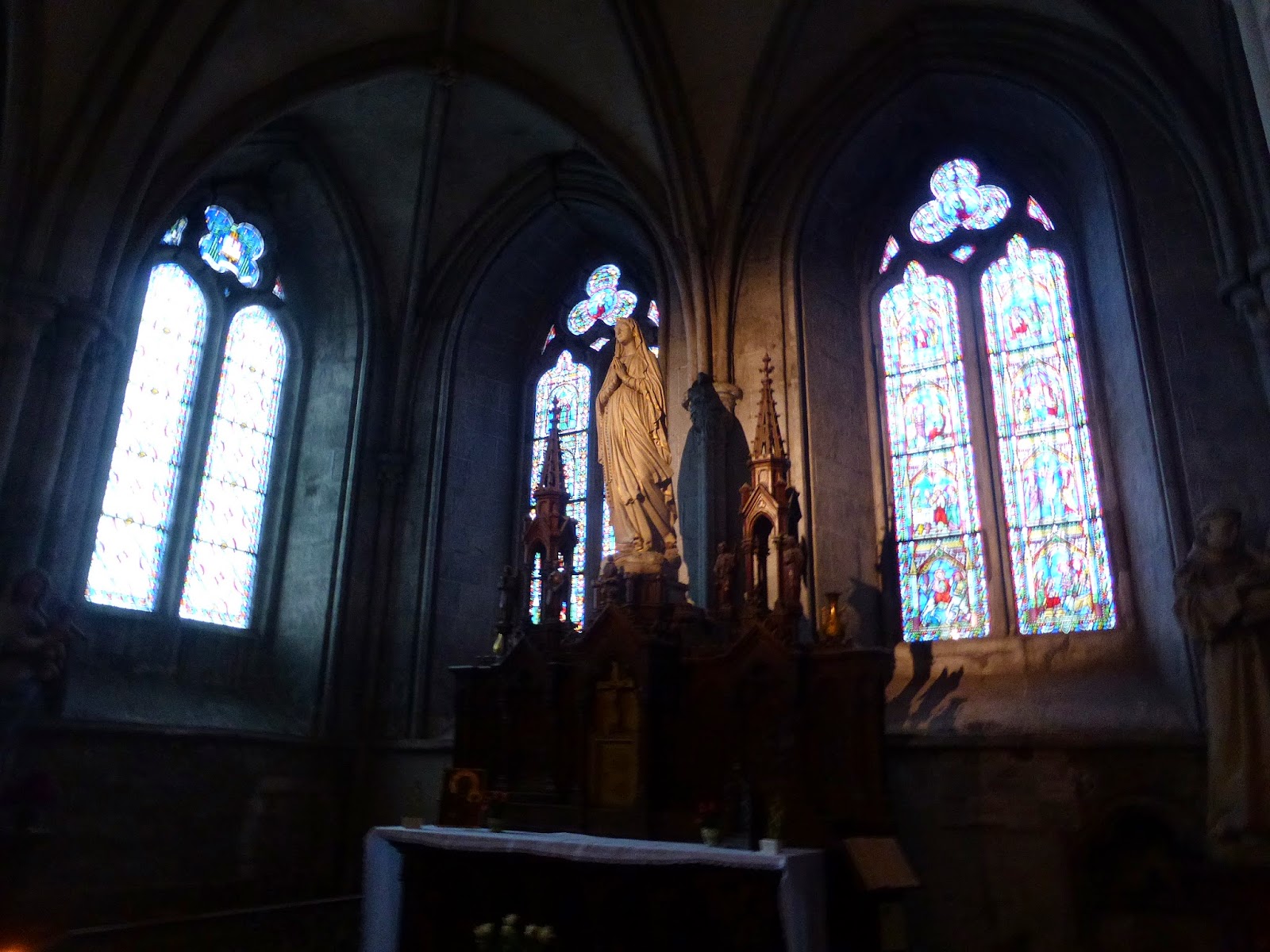 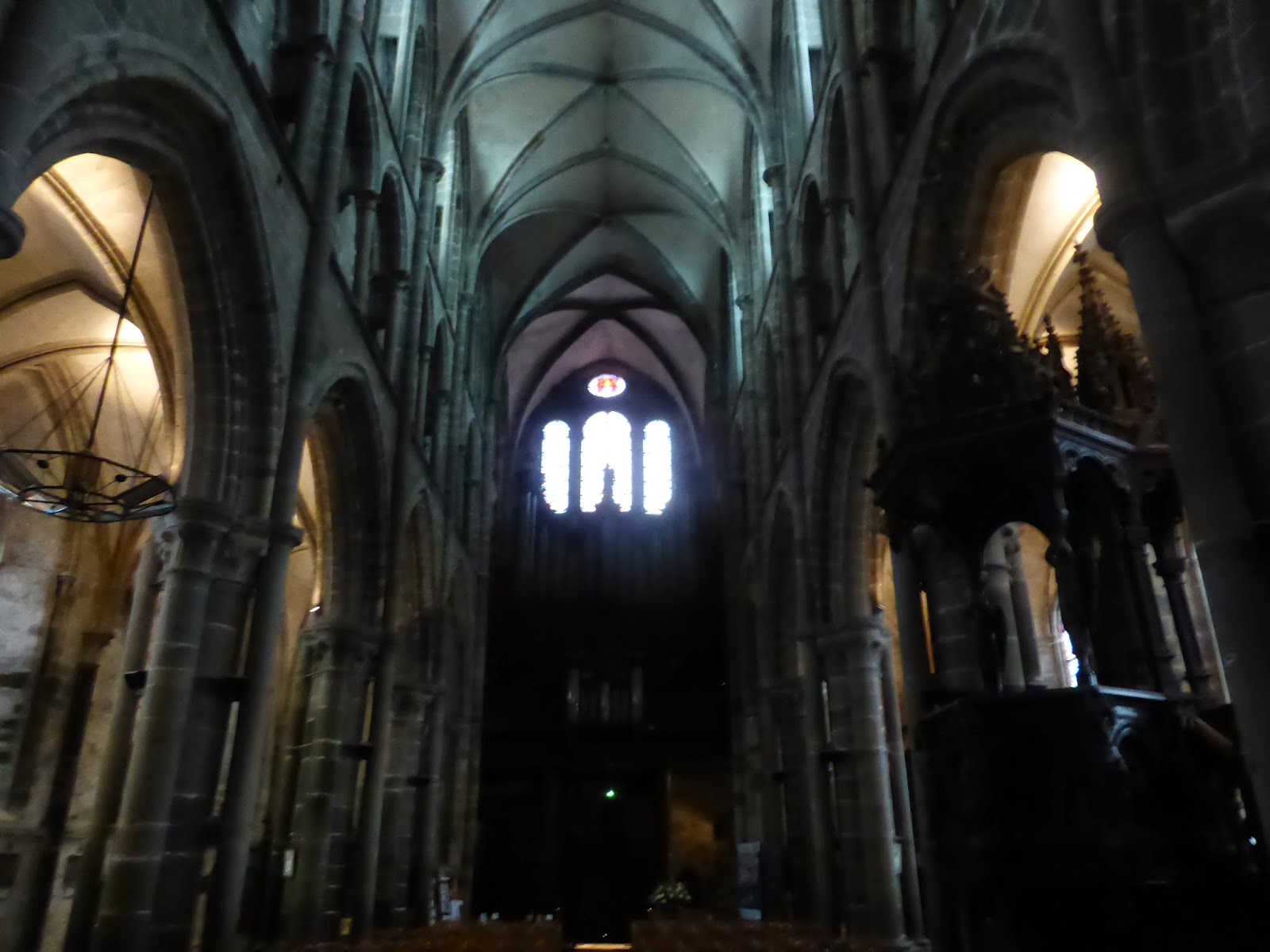 I had to add a lot of 'fill light' to this pic to let you see more of the detail. 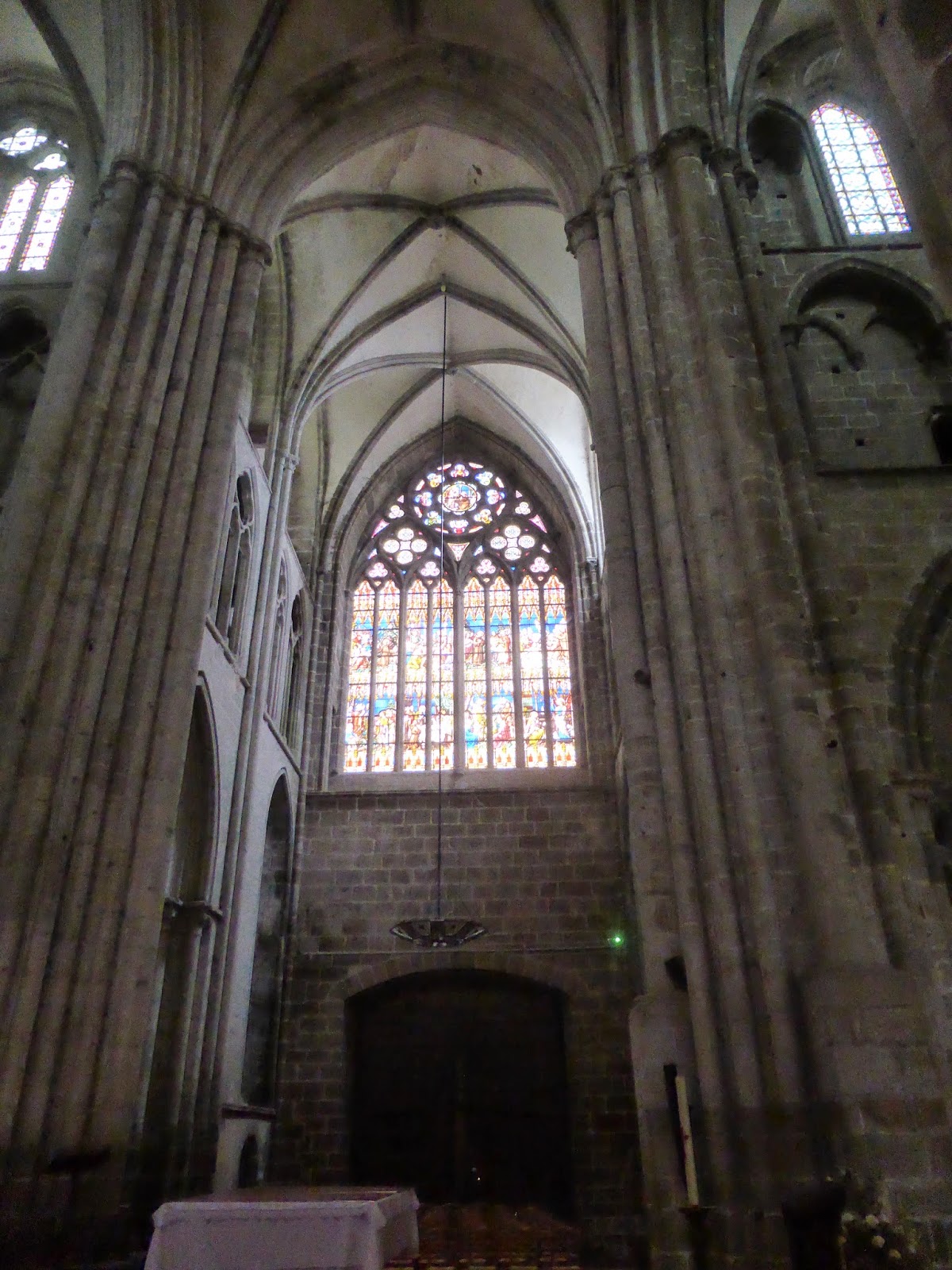 This is the window above the more ornate west porch which was at one time its main entrance. 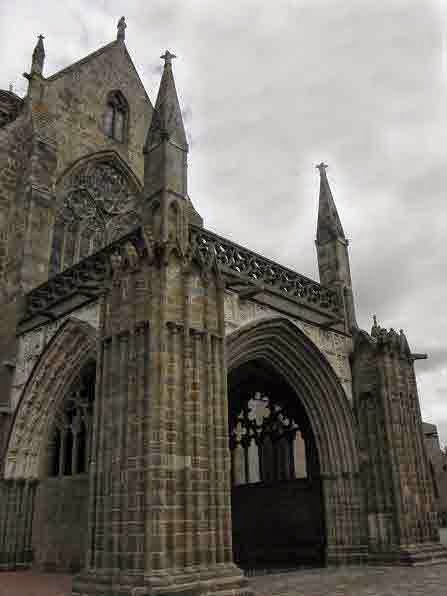 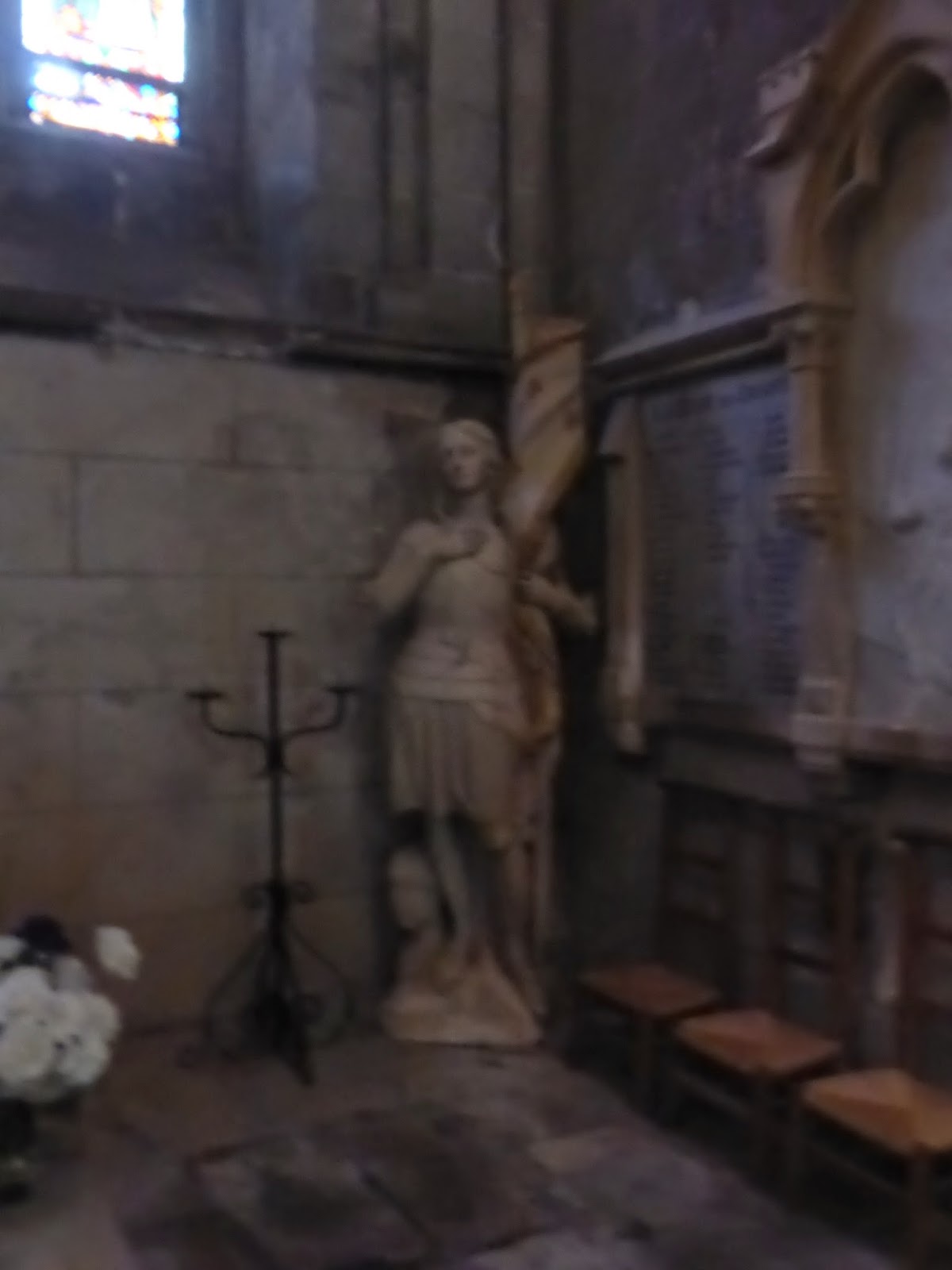 Where's Joan?...she was tucked away in a rather gloomy corner but overshadowed by this very unusual 16th century statue of Christ. It was referenced as the "Statue du Christ de Pitié" (Statue of Christ's of Pity) and also "Le Christ aux outrages" (The mocking of Christ). 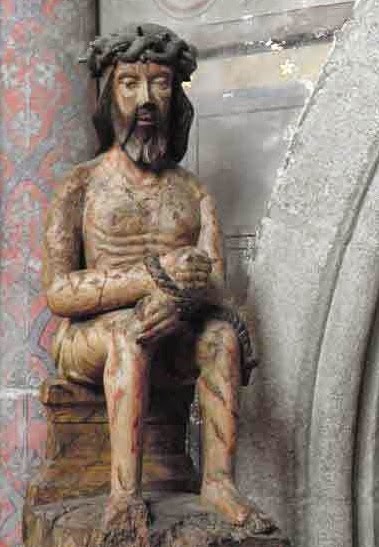 During this materialistic festival we are now entering I think "Why did I bother" might be more appropriate! 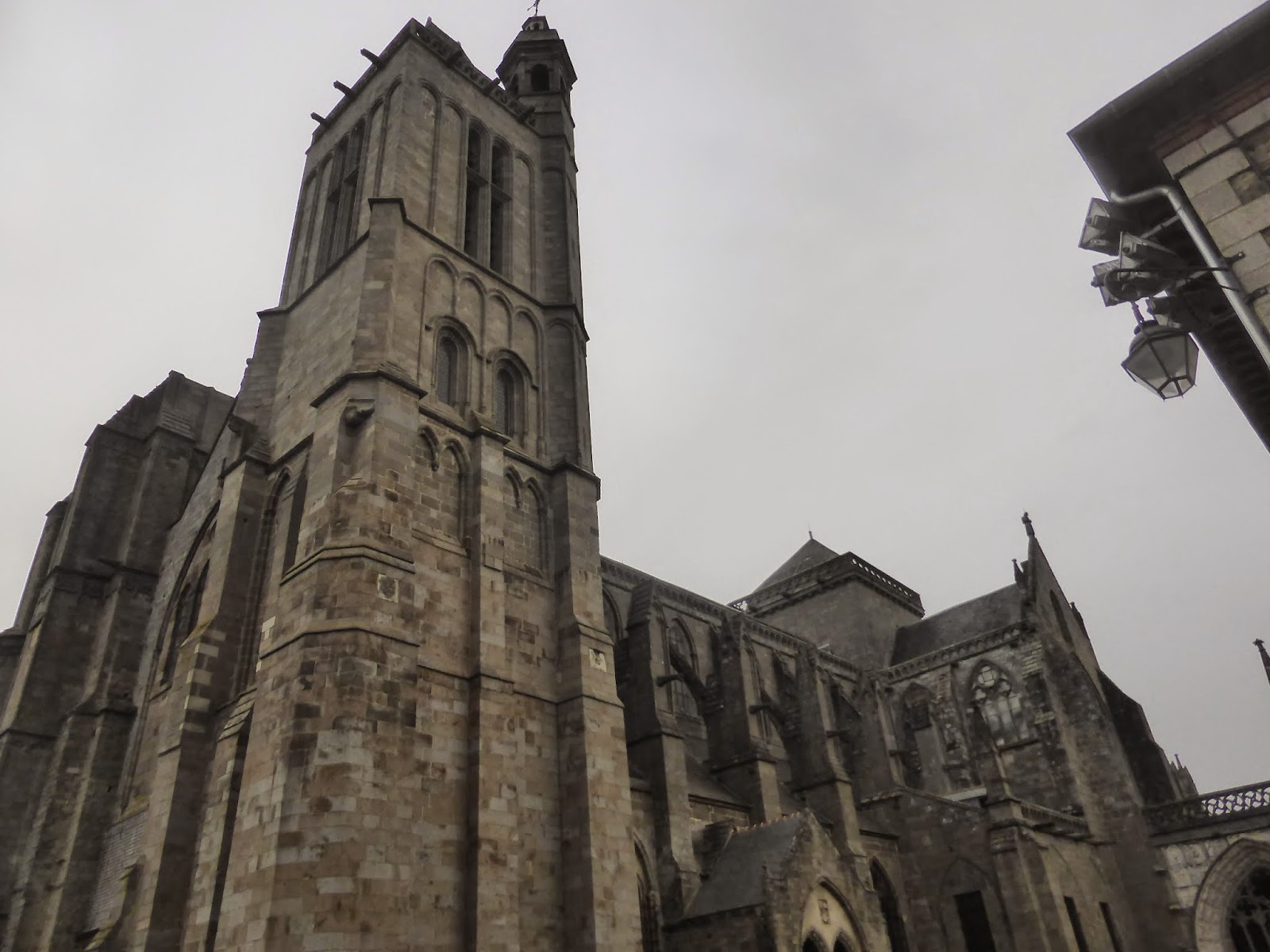 Actually glad to have found this and would highly recommend it to film-makers looking for  an authentic medieval setting.


Posted by Loire Valley experiences at 08:14