For lunch on Boxing Day we headed to the Café des 2 Moulins which is at the junction of Rue Lepic and Rue Cauchois in . Its name linking it to the famous windmill theatres of the area the Moulin Rouge and the Moulin de la Galette. The café is now a popular tourist attraction after gaining considerable fame from its appearance in the 2001 film, Amélie.This was where Amélie worked and was central to the films plot.The current owners pay homage to their heroine and it was pleasing to see they treated the tourists who only wanted a photograph with the same affection as their drinking and dining guests. 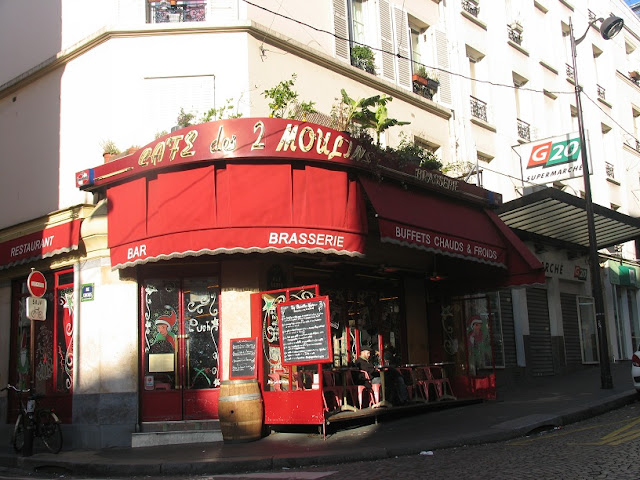