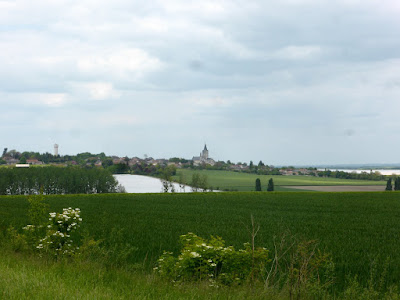 On a recent walk with friends around their local area we couldn't help but notice a dominant church in the distance, They informed us that it was the centre piece of the nearby village of Faye-la-Vineuse. I then recalled they had done a very interesting blog post on the village with some fascinating comments about its history which you can read here. So we decided to head over for a look... 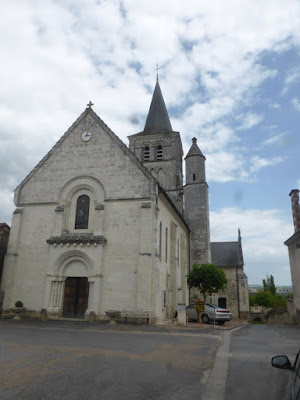 Glad we did. At first glance this great building looks out of place in what seems to be a small sleepy village with a population under 300. It wasn't always like this the Collegiate church used to be part of larger monastic complex.
From Colin & Elizabeth's blog
"In the Middle Ages, Faye la Vineuse was a barony estate, inhabited by almost 11,000 people. This prosperous town numbered several parishes, was surrounded by high defensive walls, with moats, draw-bridges and four lookout towers.
During the wars of religion at the end of the 16th century, Coligny’s armies pillaged and burned down the town; the stones were later used by to erect his city and castle.


St George Collegiate church, a fortified building of Romanesque period style, was built in the 12th century. It included a chancel, beautiful carved capitals and an unusually large, high vaulted 11th century crypt, classified as a . *Literally an underground chapel, complete with ambulatory, this crypt contains many details and particularities making it a true architectural treasure 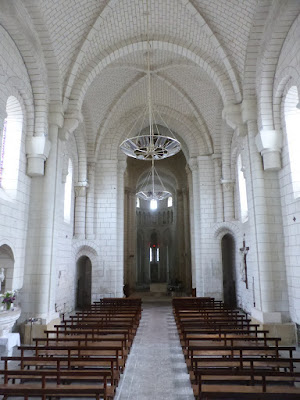 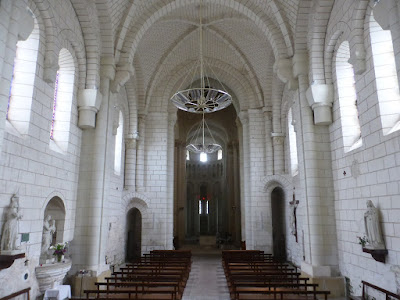 The nave of the church,which was rebuilt in the 12th century leads to a remarkable choir with richly decorated capitals surrounded by an ambulatory with three chapels. 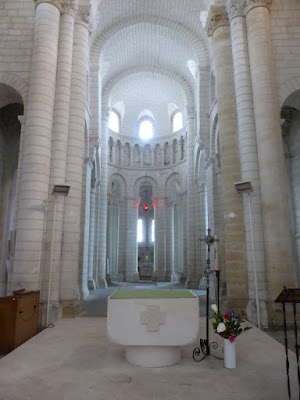 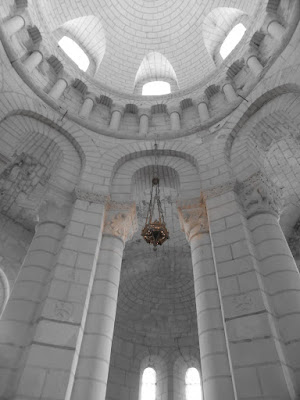 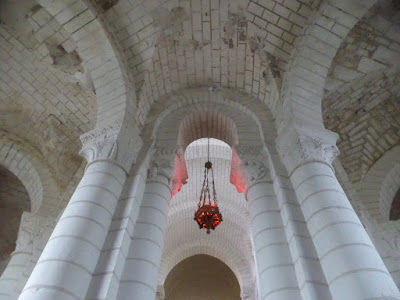 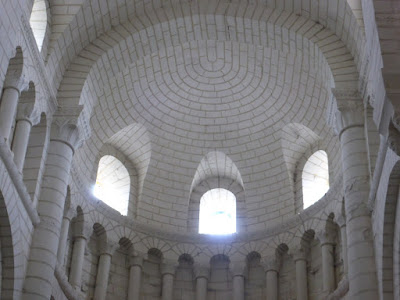 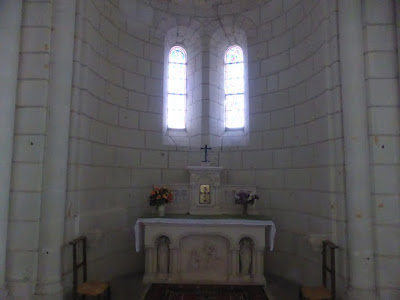 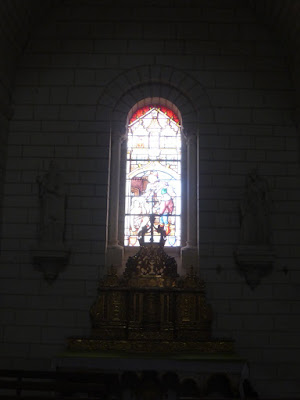 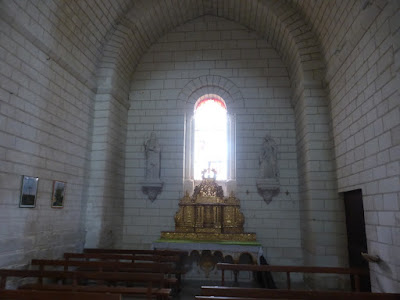 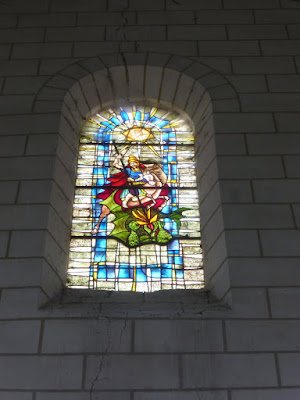 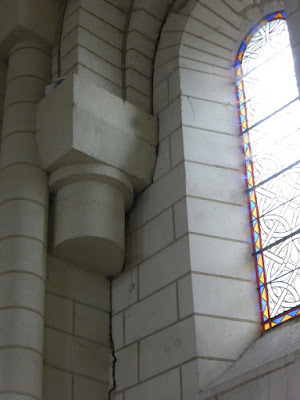 Not really sure what this design feature was about! 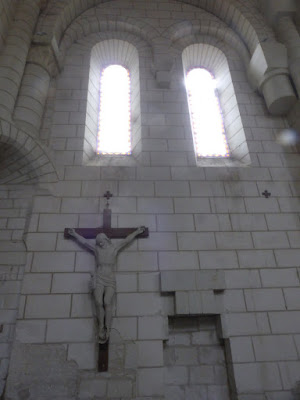 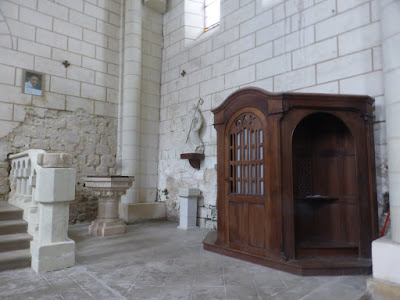 There was interesting detail throughout the church. 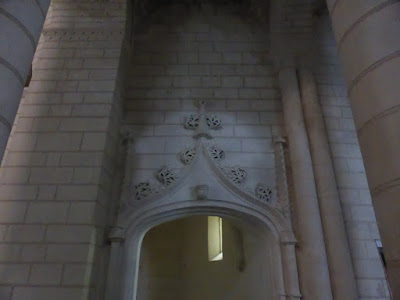 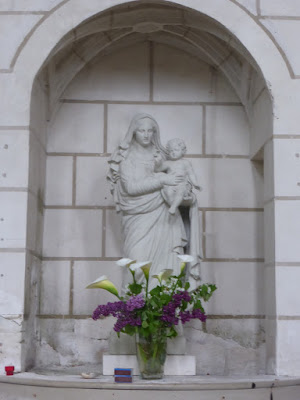 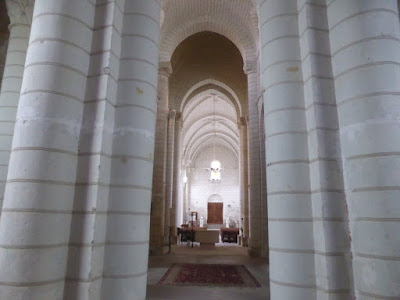 Looking from the choir back down to the main entrance. 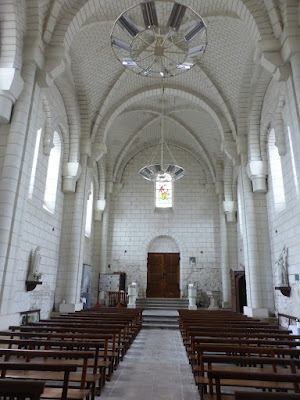 Where's Joan? she's here in one of her fairly typical poses. 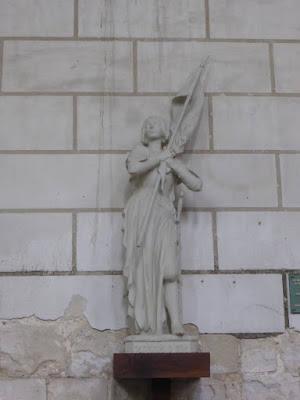 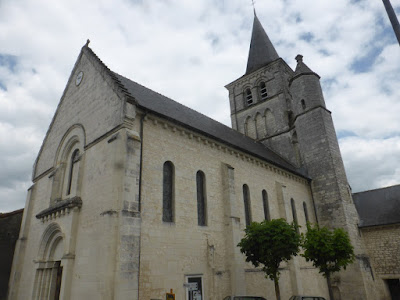 Outside the church you get and idea of it dimensions with an awareness that there is more to it than meets the eye.*That being the crypt which isn't normally open to the public. 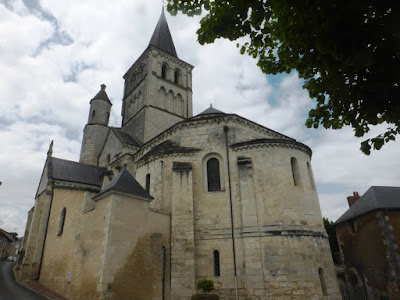 Posted by Loire Valley experiences at 08:12