May Day part III...Moncontour and a coincidence.

Sunday was our first time in Moncontour though Denis (our generous host for the day) and Angela, John and Maureen who we were with, had been to their annual brocante before. What struck me was that even without the brocante it is still worth a visit. 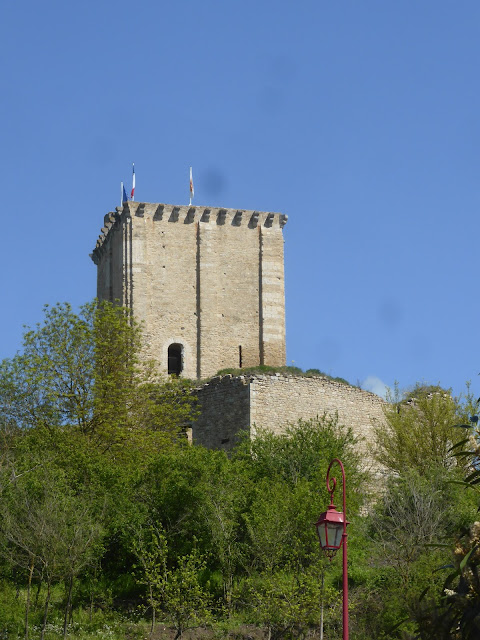 It is watched over by another of Foulque Nerra's 11th century keeps (free entry on May Day) and also has a fine Romanesque church. 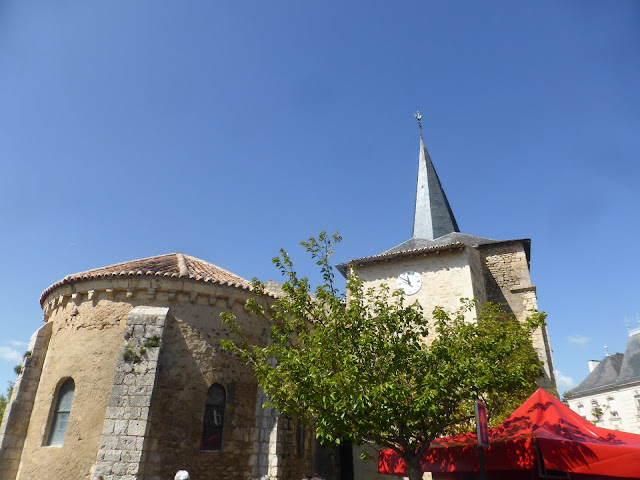 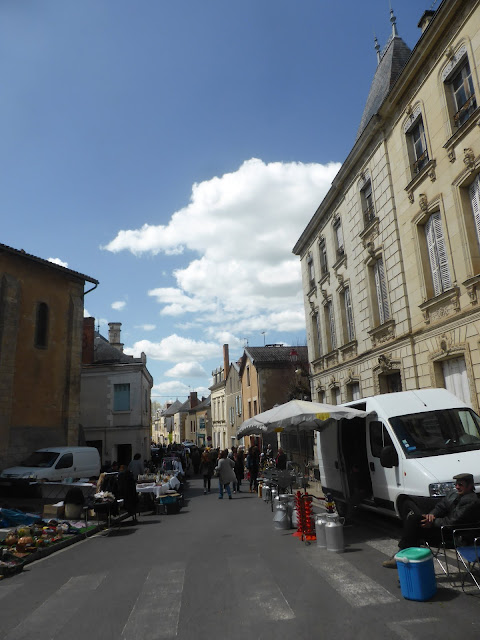 As we walked around we couldn't help but notice the number of fine 3-story townhouses it had for such a small place (pop.around 1000). When returning to the car we popped into their small tourist office where a very charming and helpful lady informed us that the village had prospered during the mid-nineteenth century through the development of trade of hemp and an established agricultural fair. 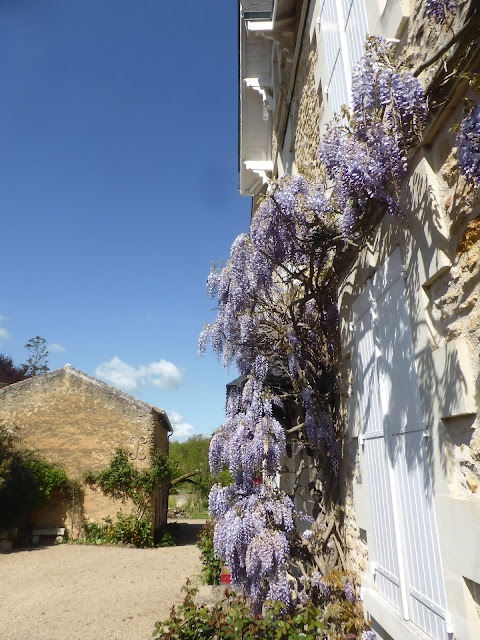 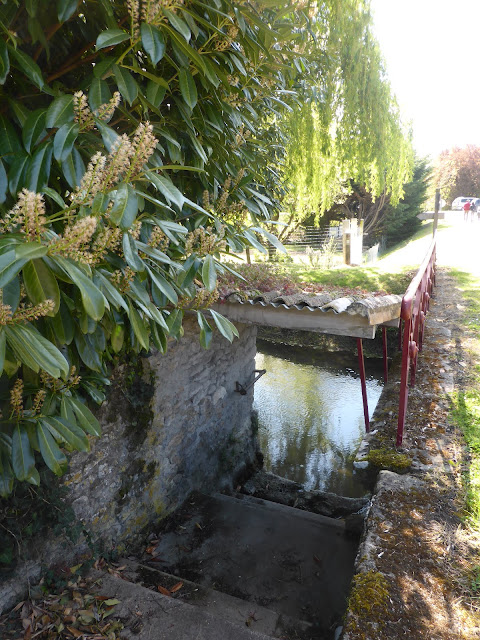 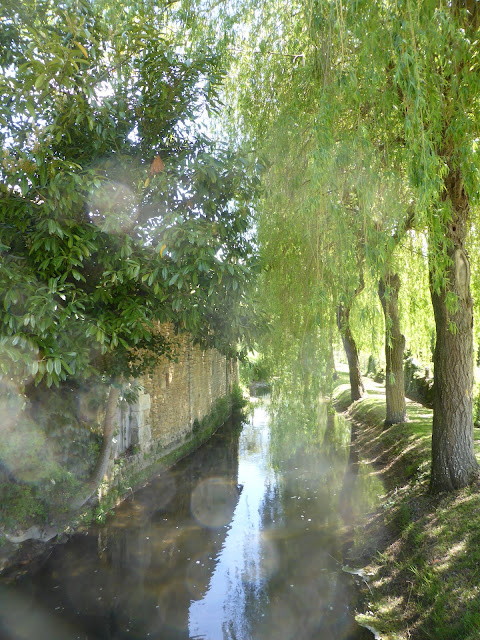 Coincidences with Pauline and I are aplenty so it was no real surprise when,as we sat having our repas,I got talking to a local resident who went on to tell us about the lavoirs and the walk. I let him know we knew about them and then went on to show him a photograph I had taken earlier of one...and guess what? it was of his!. He also asked where we came from and when we told him Touraine Sud he let us know he had lived for 3 years in Abilly. He also said we should check out the source of the crystal clear water which wasn't too far away at La Grimaudiere. 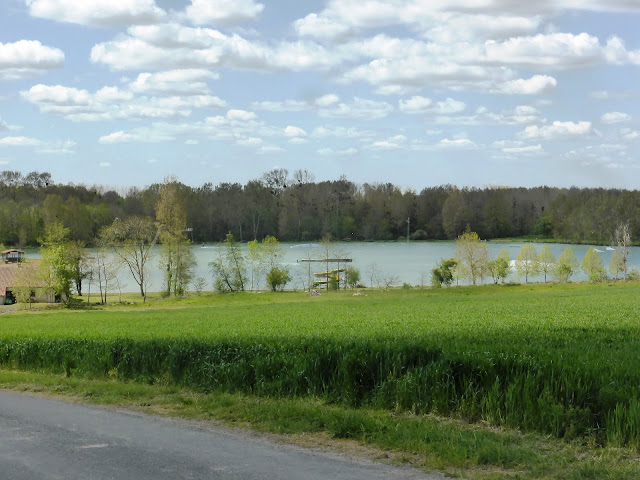 As we were leaving the village we stopped to have a look at the 10 ha lake just outside the village where some brave souls were water skiing.

Posted by Loire Valley experiences at 06:36