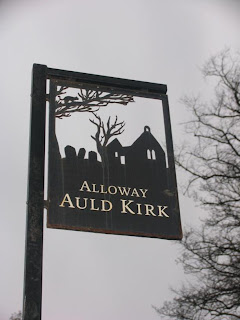 We are staying in Alloway this Sunday and crossing over the road to the 'Auld Kirk' which would have probably have remained just another anonymous old churchyard if it had not been for the 'Robert Burns connection'.The ruins date from the early 16th century but there is also evidence of an earlier 13th century building. The kirk stopped being used in 1690 when the parish was absorbed by the town of Ayr. After this, although it continued to be used as a place of worship and for a short time, a school, it fell into disrepair.(I know I'm repeating myself here but it's necessary) When Burns featured it in his poem 'Tam O'Shanter' it would gain a certain immortality  It was here Tam came upon witches dancing as he passed drunk on his horse on the way home and was chased over the nearby bridge by them.

I'm sure it must be an eerie place at night time. 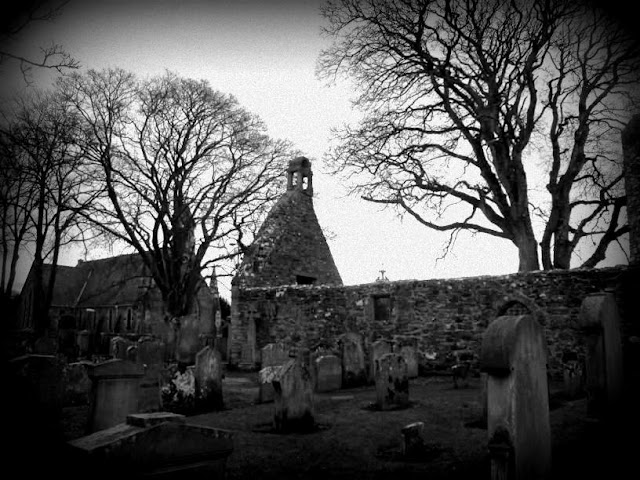 Our visit thankfully was during daylight hours but even then there was still a certain feel about the place. 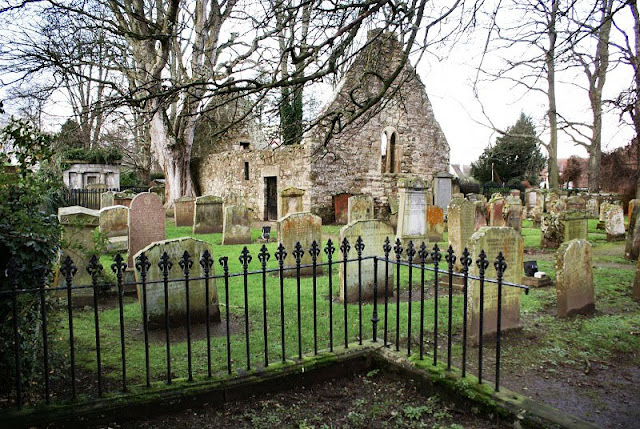 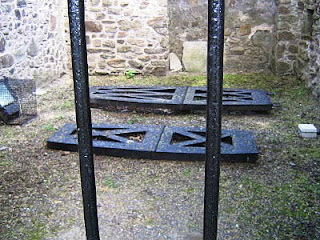 It didn't help spotting the 'mortsafes'- a cast iron shield temporarily placed over coffins until the body decayed enough to discourage body-snatchers, who supplied fresh corpses to anatomists. 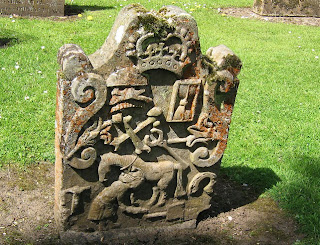 There are many interesting gravestones within the churchyard some depicting the craft of the occupant in some detail. Other simple stones tell sad tales of families loosing not one but as many as four or five very young children to the illnesses of the times, Yet still others show of people reaching,for the times, a ripe old age. 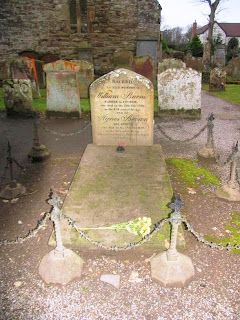 The most interesting headstone should be that of Rabbie's mother and father who are buried here but sadly it's not the original one - that was stolen - is nothing sacred!

Here is an interesting little video of the churchyard...