The things I do to our little car, its been scraped and bashed rescued by a tractor and generally abused.The latest abuse was on Wednesday when I was at a friends property just up behind us here in Barrou. 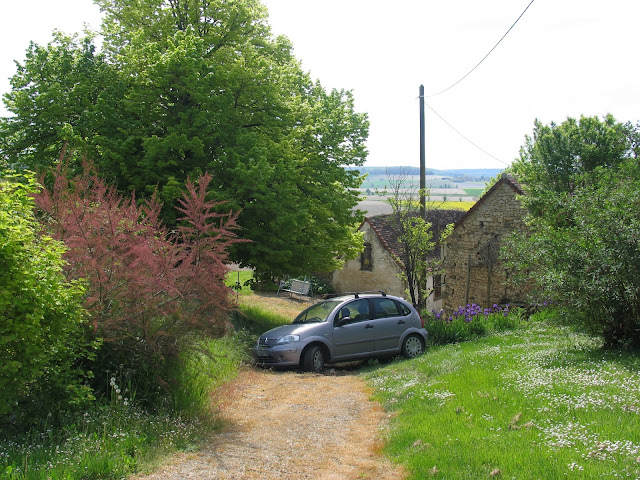 I had originally parked on the grass to the right of the above photo as instructed but as I tried to pull away the wheels simply spun on the grass - no problem I thought, just let it roll back wards down onto the gravel path and then drive up the hill - but no - it was literally all down hill from there!! I'm sure your wondering how I ended up sideways on...it took a few manoeuvres I can assure you! As soon as I was on the path I tried to make my ascent  but this time the front wheels simply spun on the gravel. My manoeuvres were in an effort to try and find some hardcore but no joy! 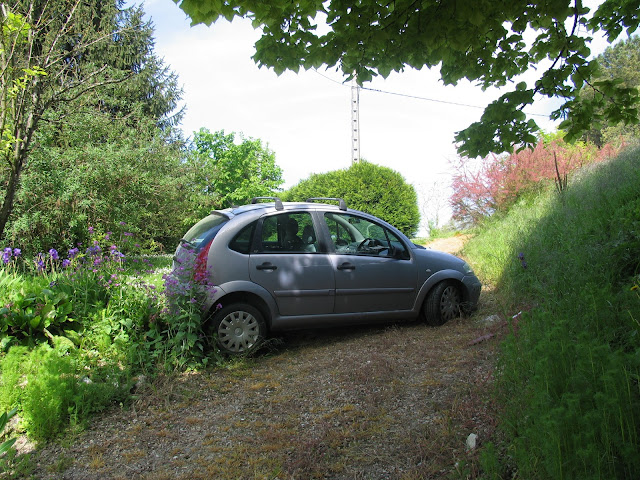 As you can see from this shot I was well and truly entrenched - plus my front spoiler was now scraping the only piece of solid ground around - happy days! I had to walk back the 2km down to the village in the search for some assistance. First call to my good friend and neighbour David, sadly not at home, then to our ex-garage proprietor, again not in. Then around to the local farmer who had helped me out previously but again no response. I went back (2km) to the car to try again. A little later Pauline and David arrived - after attaching a tow rope and a lot of stone filling and positioning by David we eventually got it out and up the slope.I backed-filled the holes with the stones we used to reduce the chances of it happening again. 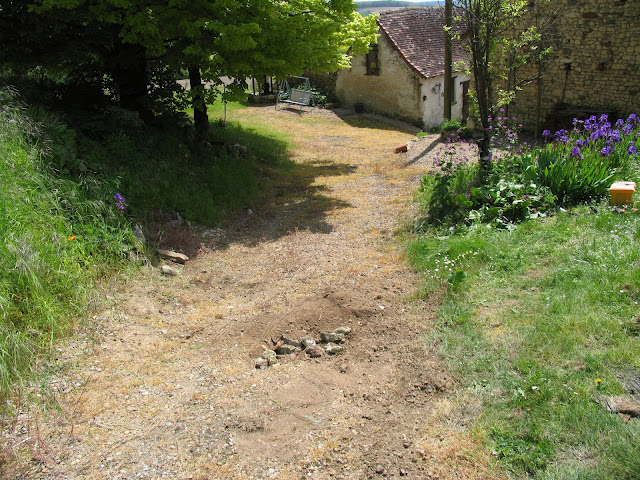 Then covered it with the gravel/sand that had caused the problem.

Email ThisBlogThis!Share to TwitterShare to FacebookShare to Pinterest
Labels: car