Back in April  when we visited Cravant-les-Coteaux to check out the former parish church of the old village we also took the opportunity to have a walk around the area - hadn't posted as yet - so here it is... 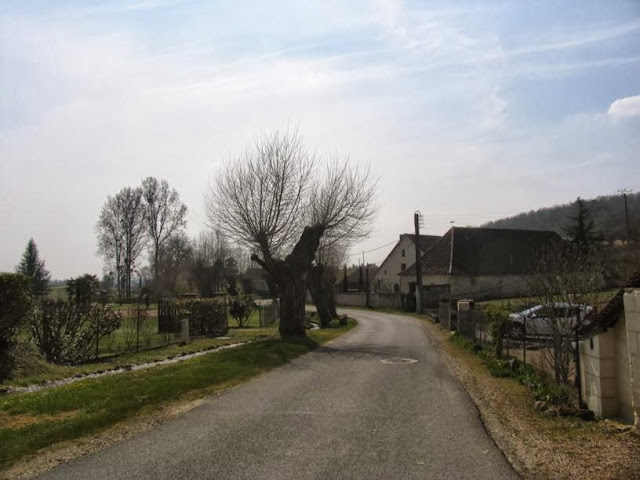 We left the car (and Le Vieux Bourg) by the church and headed along the D44 towards Cravant-les-Coteaux and the 'new town'. This was not a marked route (there are some here) but one recommended by a local chap working in his garden - very kind of him. 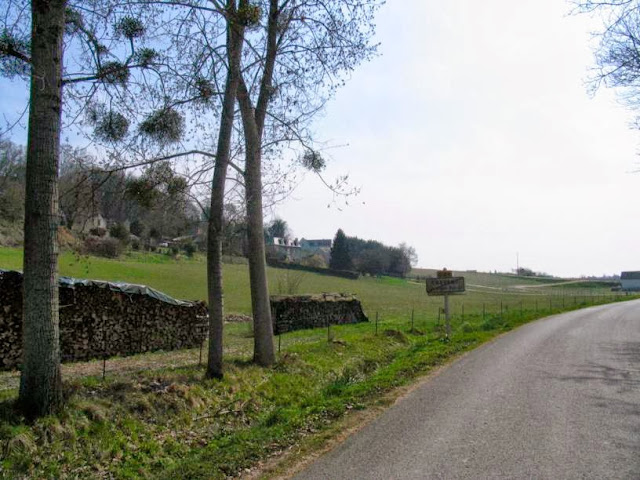 It offered a circular route back to our car via the high ground on the left of the picture above. 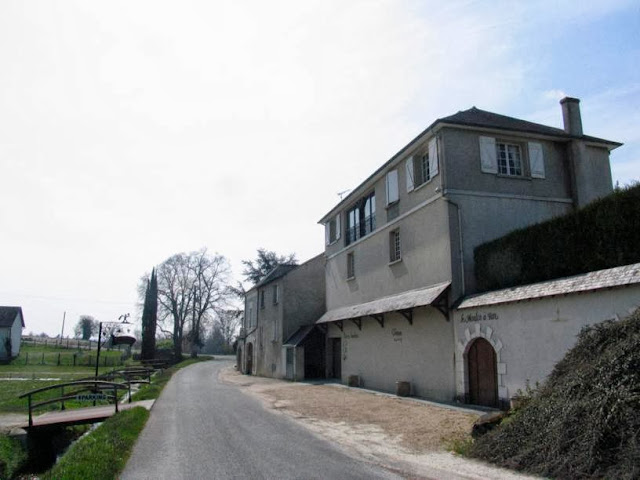 You pass the cave of 'Pierre Sourdais' with its unusual watchtower...which you'll see later... 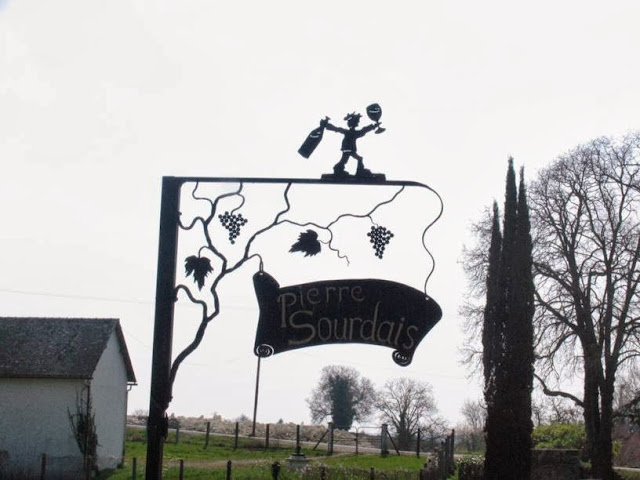 ...before your first sight of the village and its 'new' church. 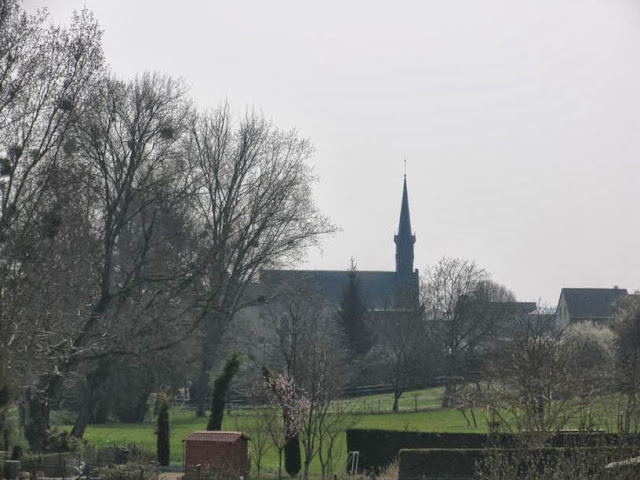 As you enter you can't help but notice the potential of the little building on the right! My mum always used to describe the run-down houses Pauline and I used to buy as 'having potential' - bless her. 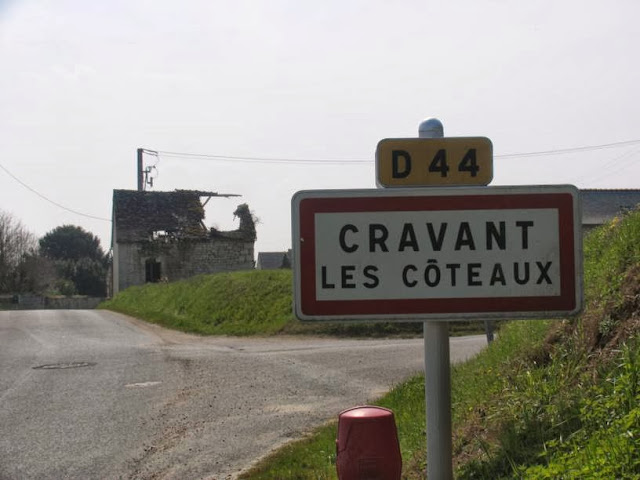 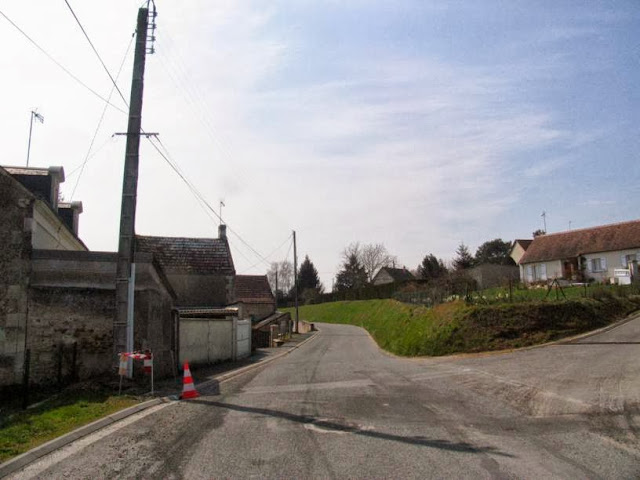 Like the majority of villages in our part of France the most imposing buildings are the Mairé and the church... 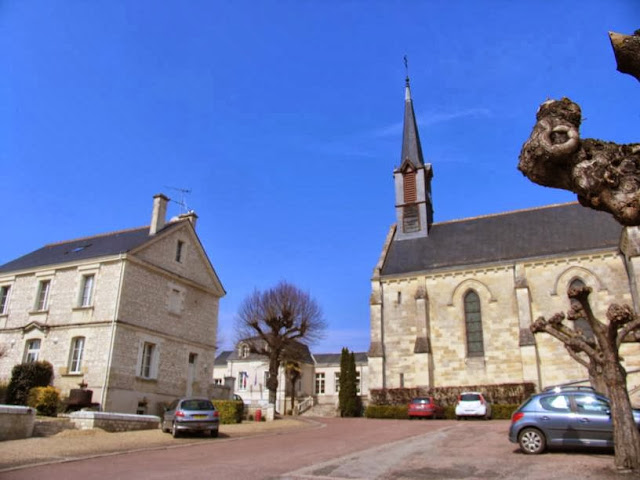 ...but as the sun began to break through it showed up pretty well. 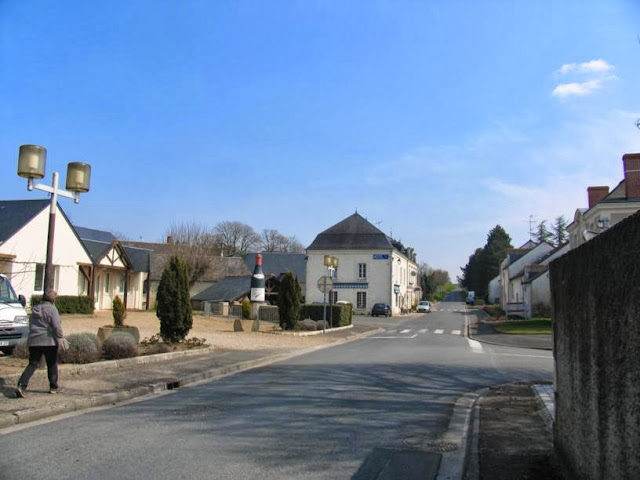 We had been advised to seek out the views over the vines towards Chinon on the high ground. 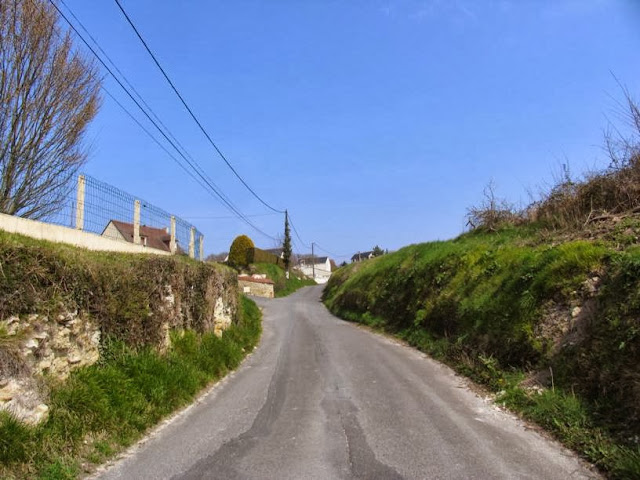 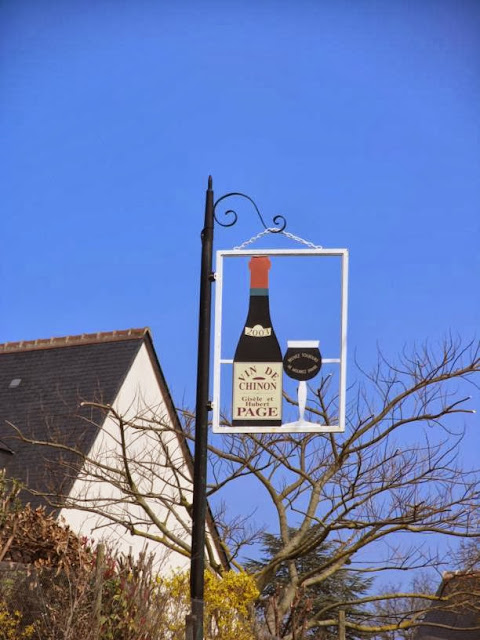 ...up past another cave 'Gisele et Hubert Page' 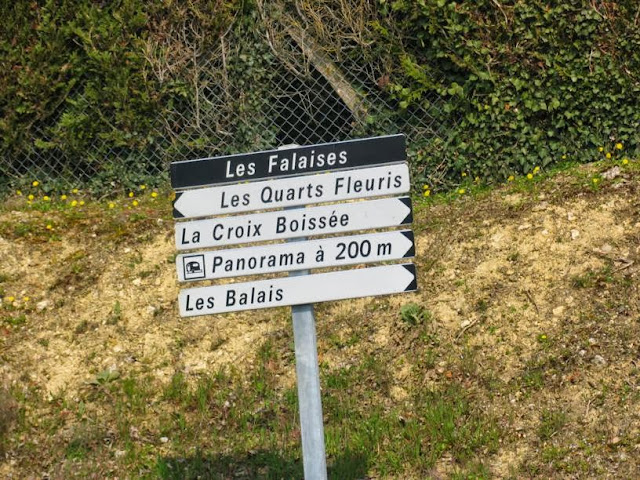 At the top of the hill you are directed off to the right to the 'Panorama' which meant another short (200m) climb to the top...have to say it felt longer! 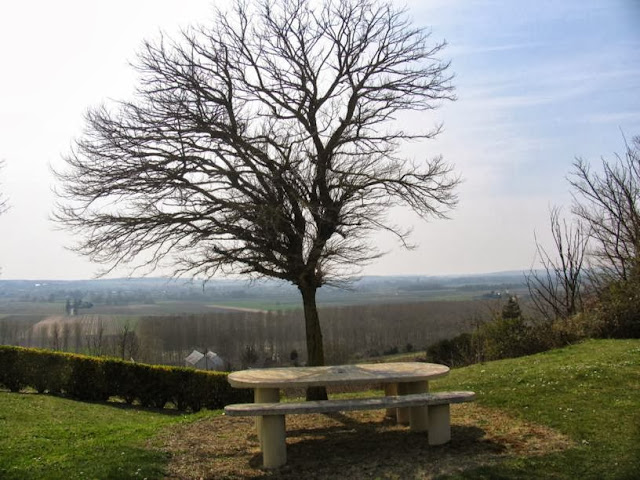 It was however well worth it... 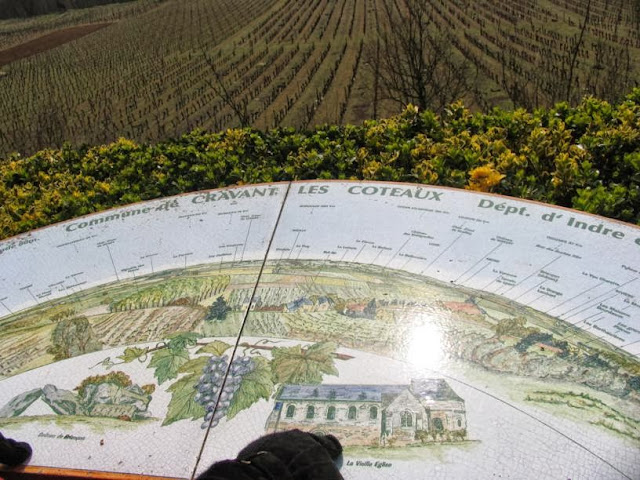 ...it's just a shame that the blue skies slipped behind us! 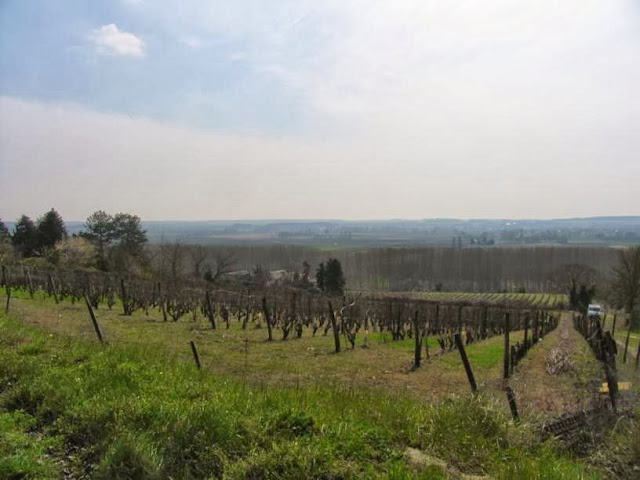 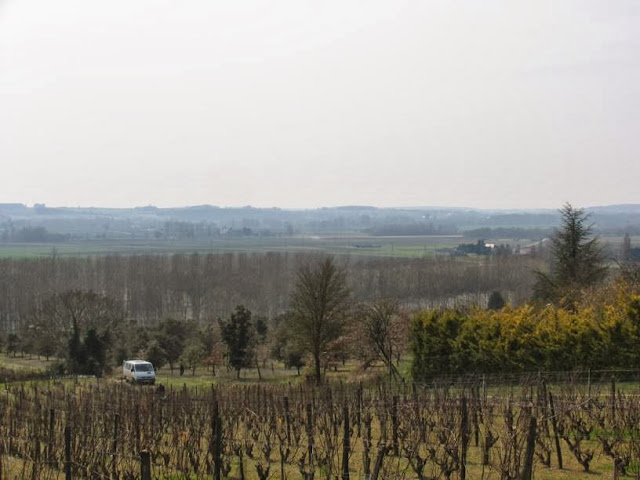 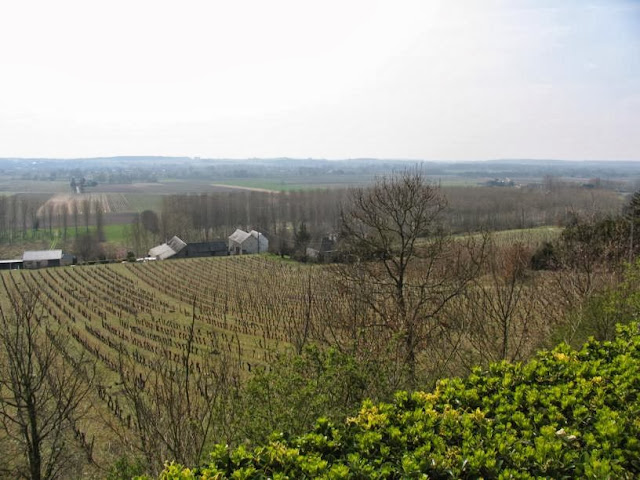 The vines were at a very early stage and looking at them up close you wonder at their ability to provide such delicious fruit.We decided that we had to come back in summer and  autumn to check out the views then. 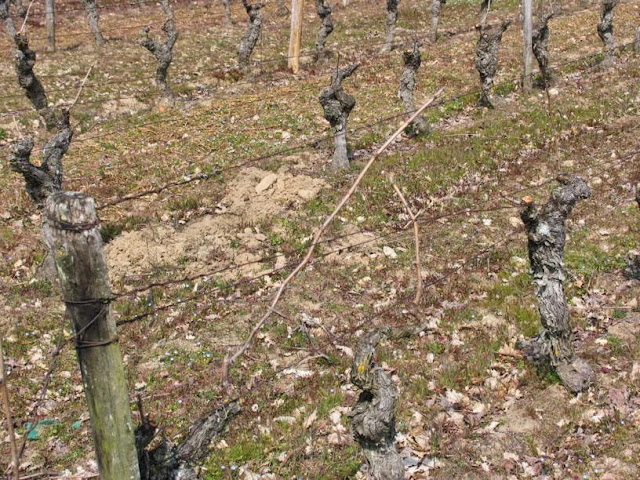 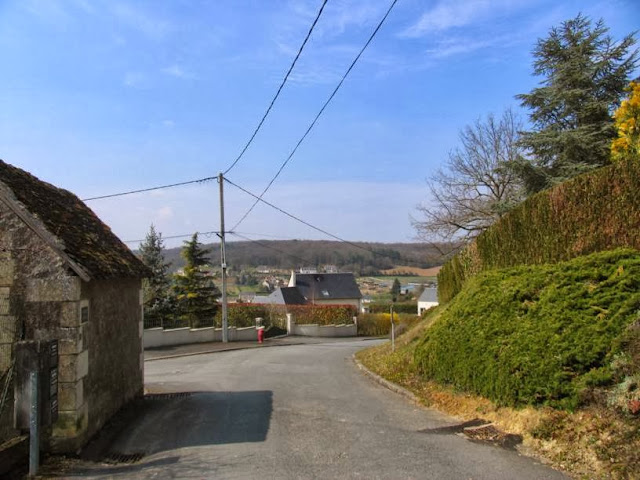 After exhausting the views we headed back down the 200 metres (easier this time) and took a right back towards the old village. 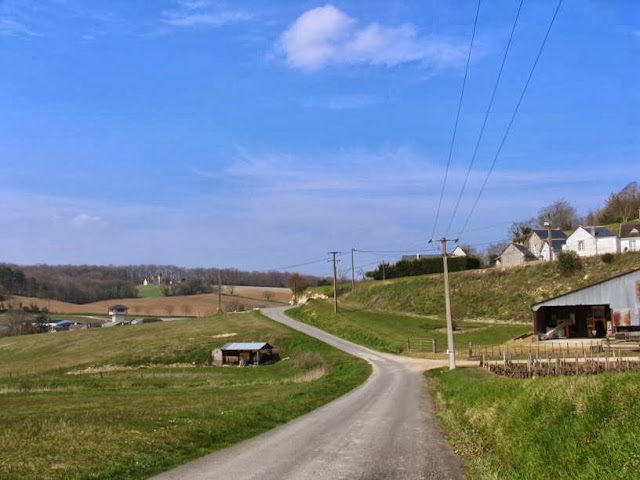 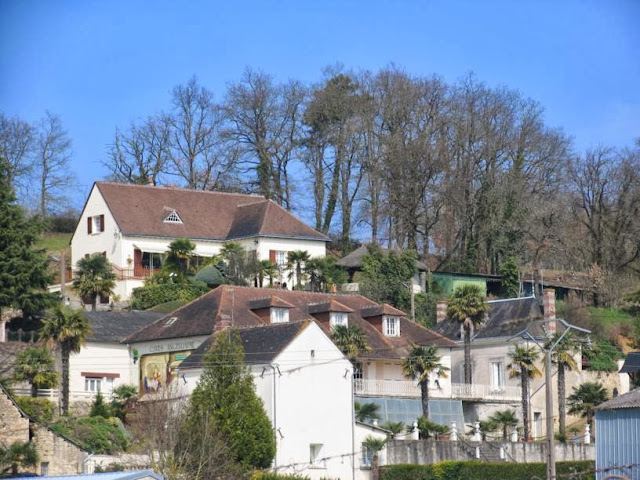 This scene,with its palm trees could be from the hills of California but no... 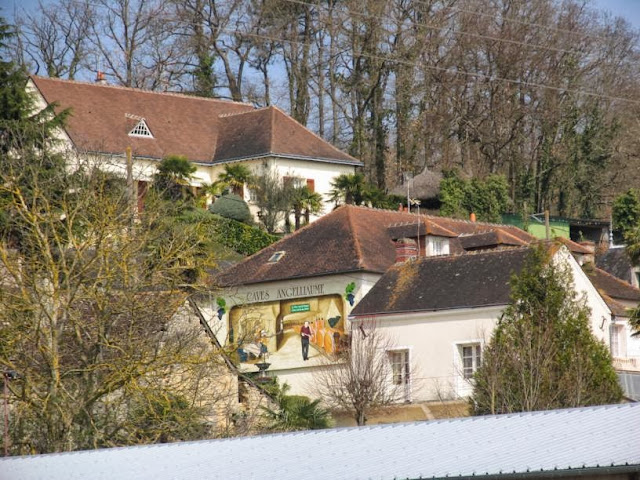 ...it's the setting for the 'Caves Angelliaume' 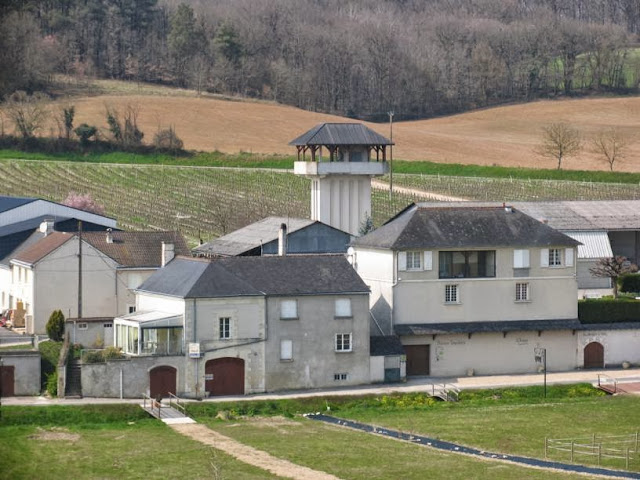 Looking back down towards the cave of 'Pierre Sourdais with its watchtower (as promised). 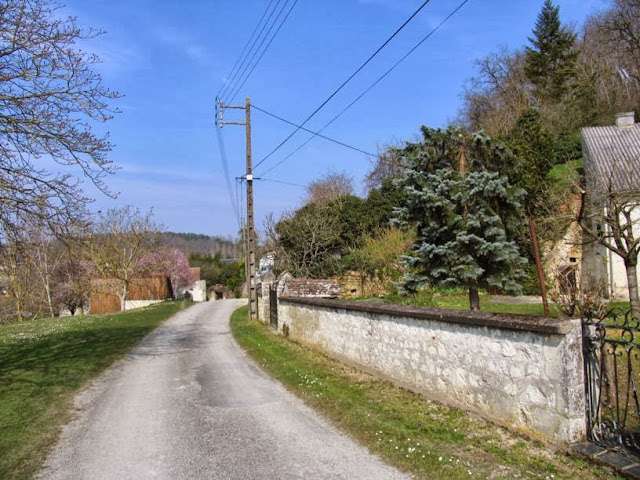 The road along the 'high ground' took us past yet more caves... 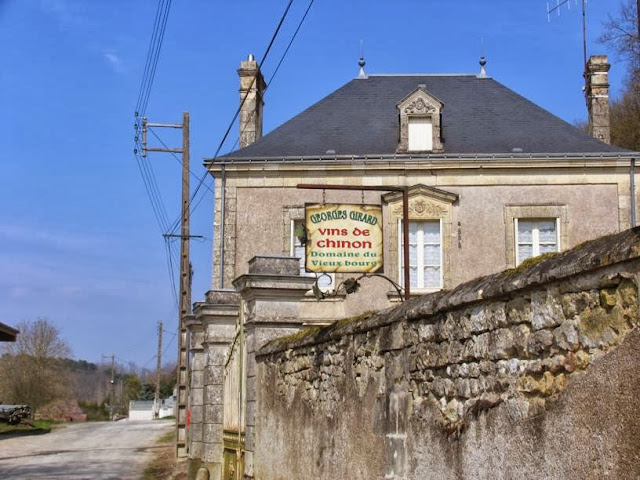 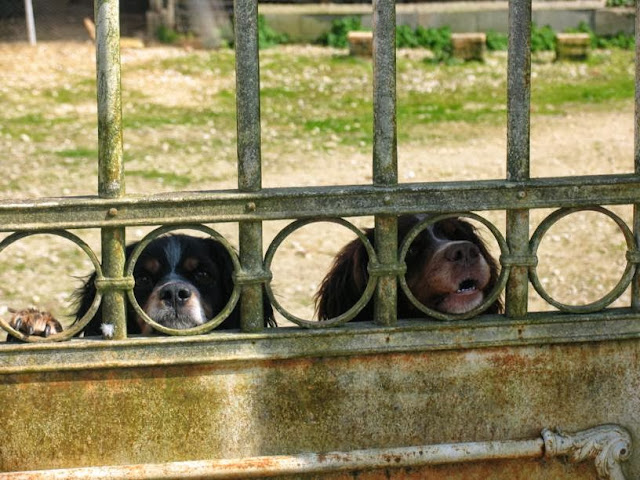 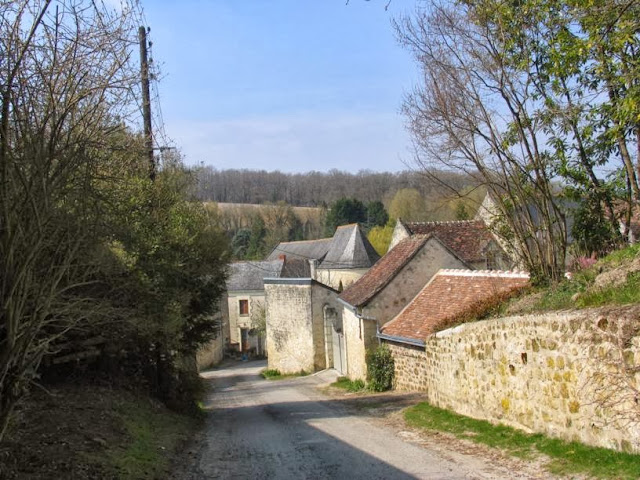 It was then downhill back to the old village and the church... 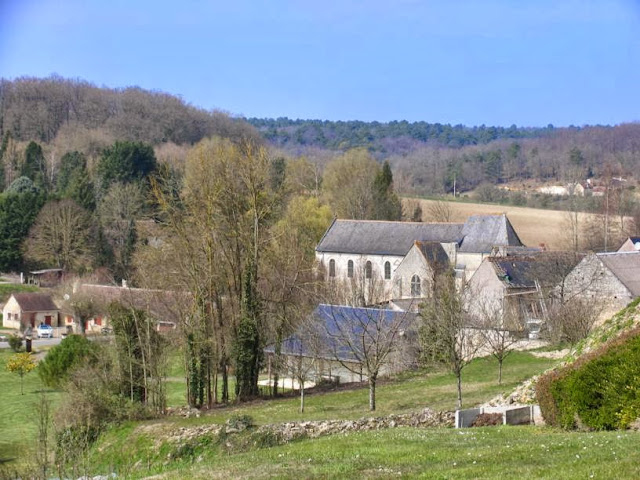 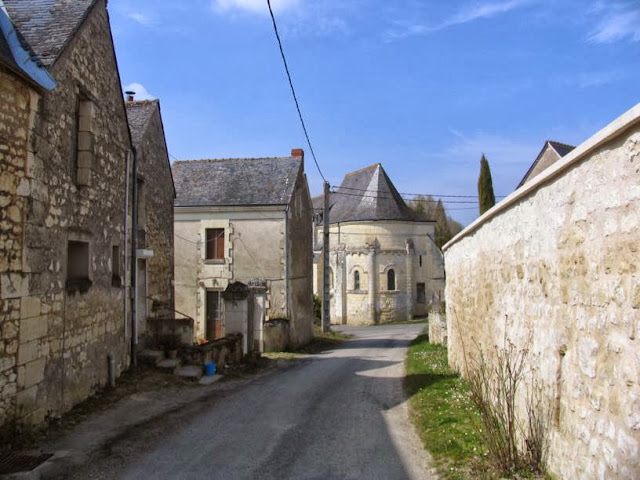 Posted by Loire Valley experiences at 09:31