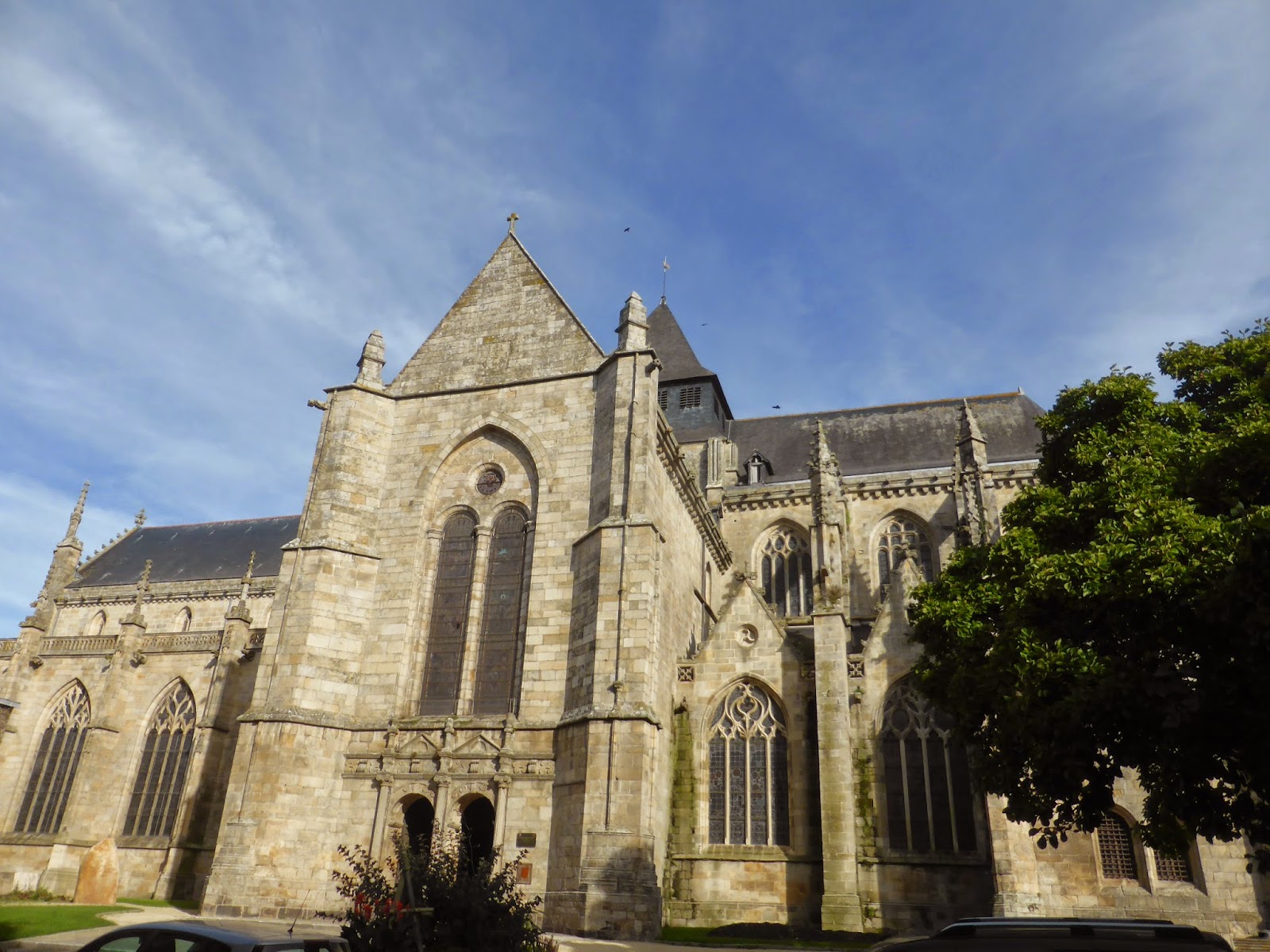 The church of Saint Malo in Dinan was built in 1490 on land located inside the ramparts of the town to replace a more exposed church outside the walls that had been destroyed. The choir, apse and transept were built during the 15th century in a flamboyant  Gothic style.By the end of the 16th century, the nave was still incomplete and hard to imagine, the church had a simple thatched roof. 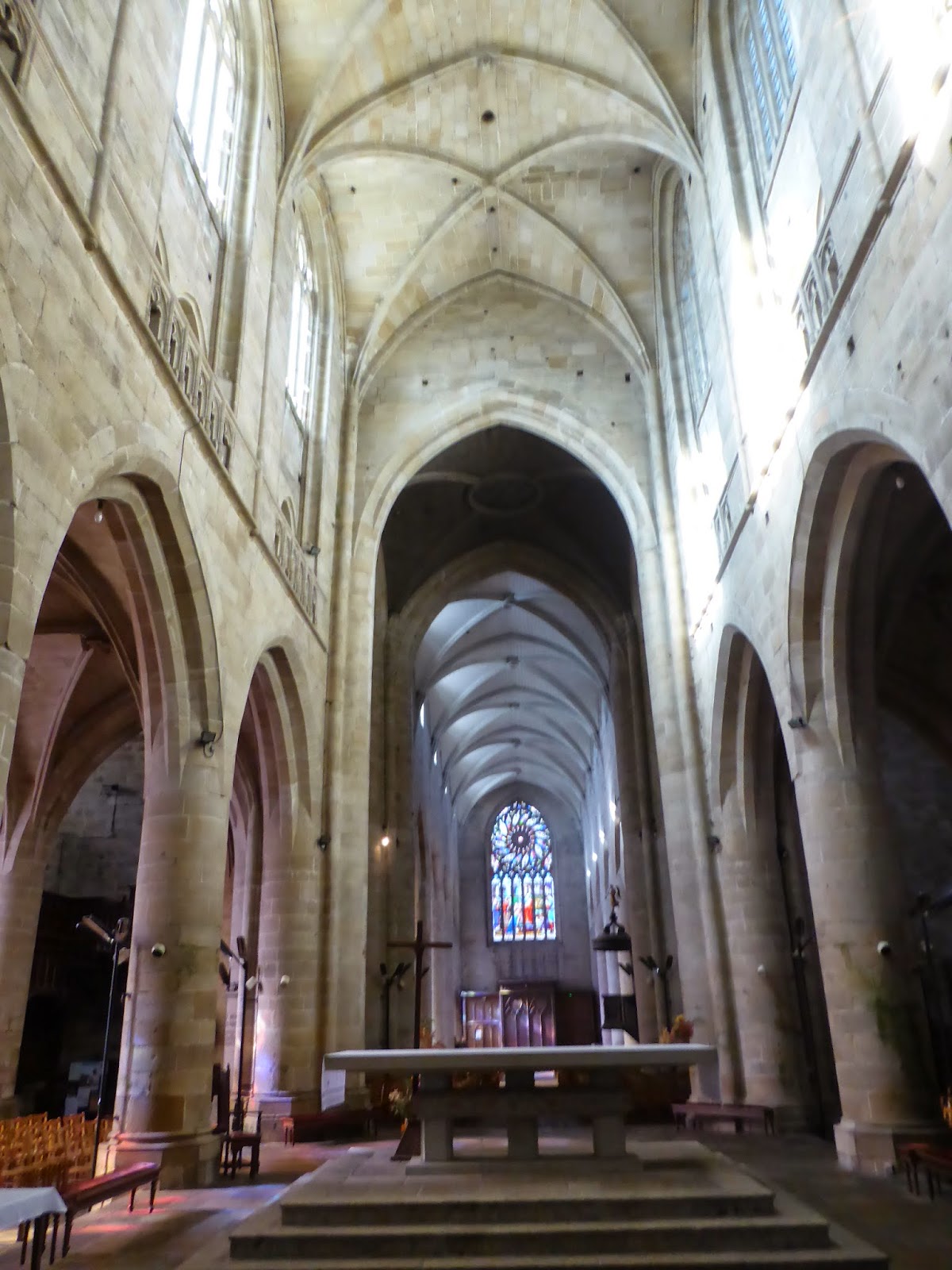 During the French Revolution almost all the original furnishing and religious works of art were destroyed, burned or soldand the church was converted into a stable and forge. During this period the nave and the tower were destroyed by a fire.

The church eventually fell into ruin but it was re-consecrated in 1803 and reconstruction and restoration work began in 1808. and eventually completion in 1885. 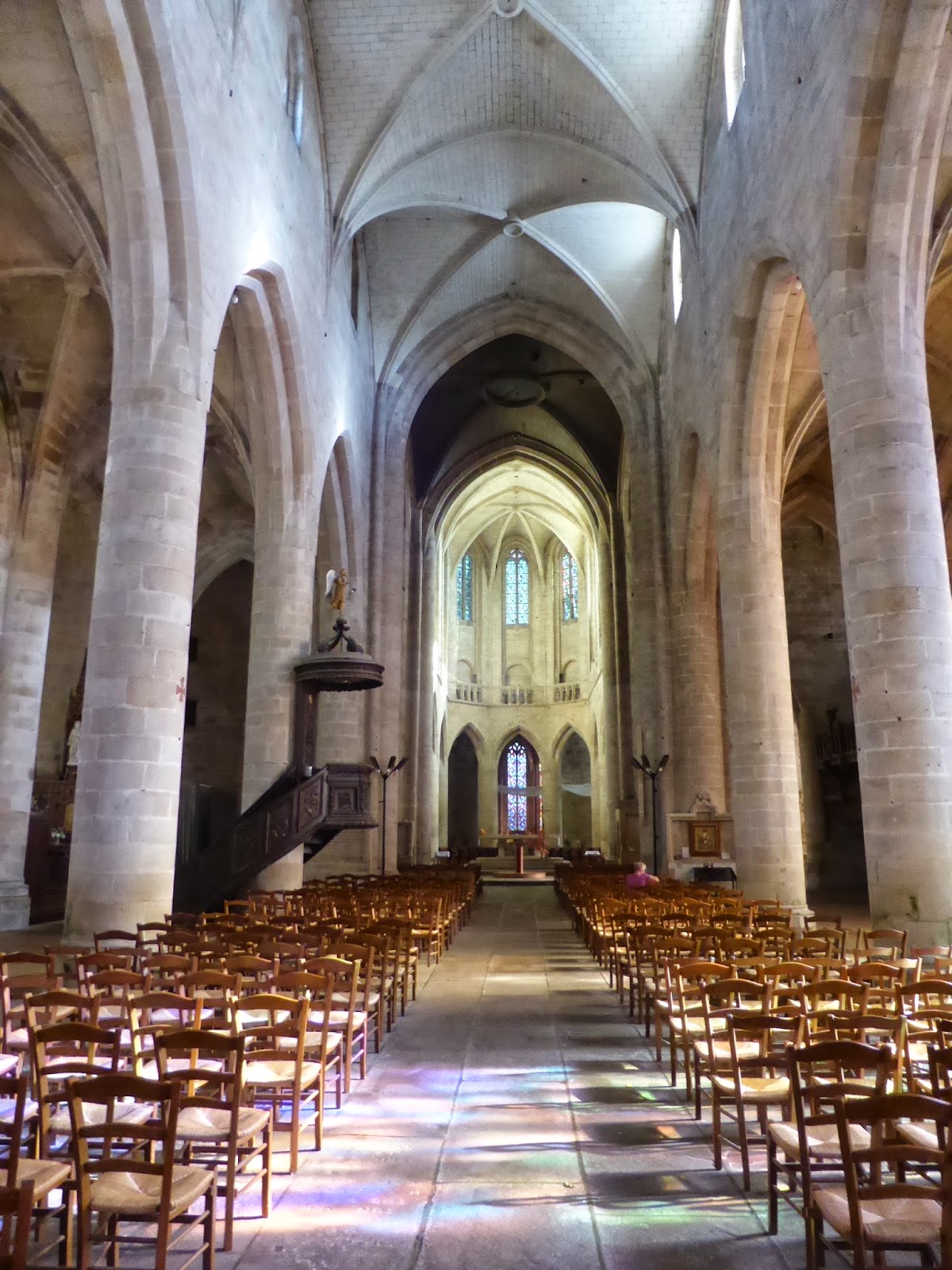 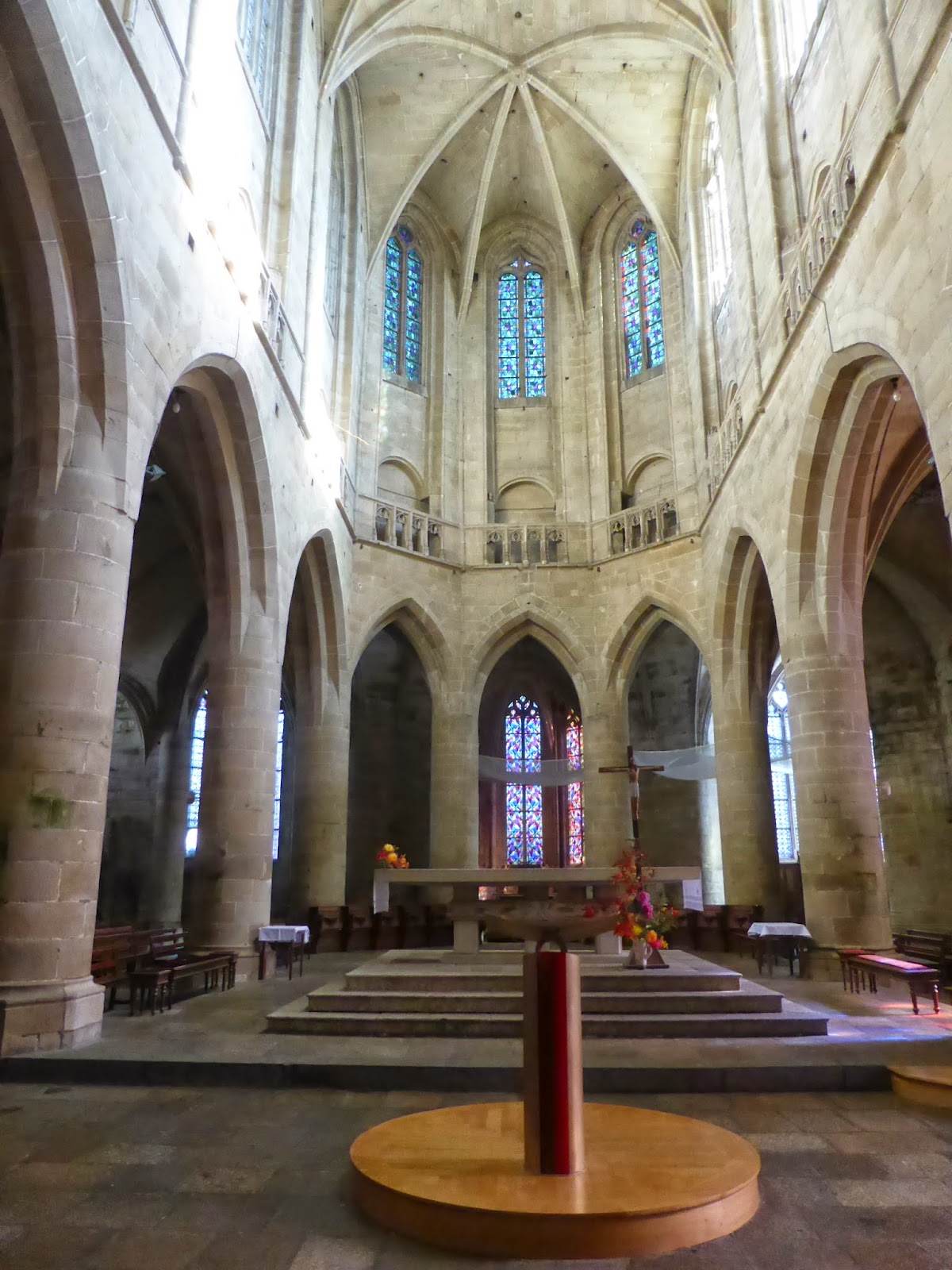 The granite altar is fairly modern dating from 1955 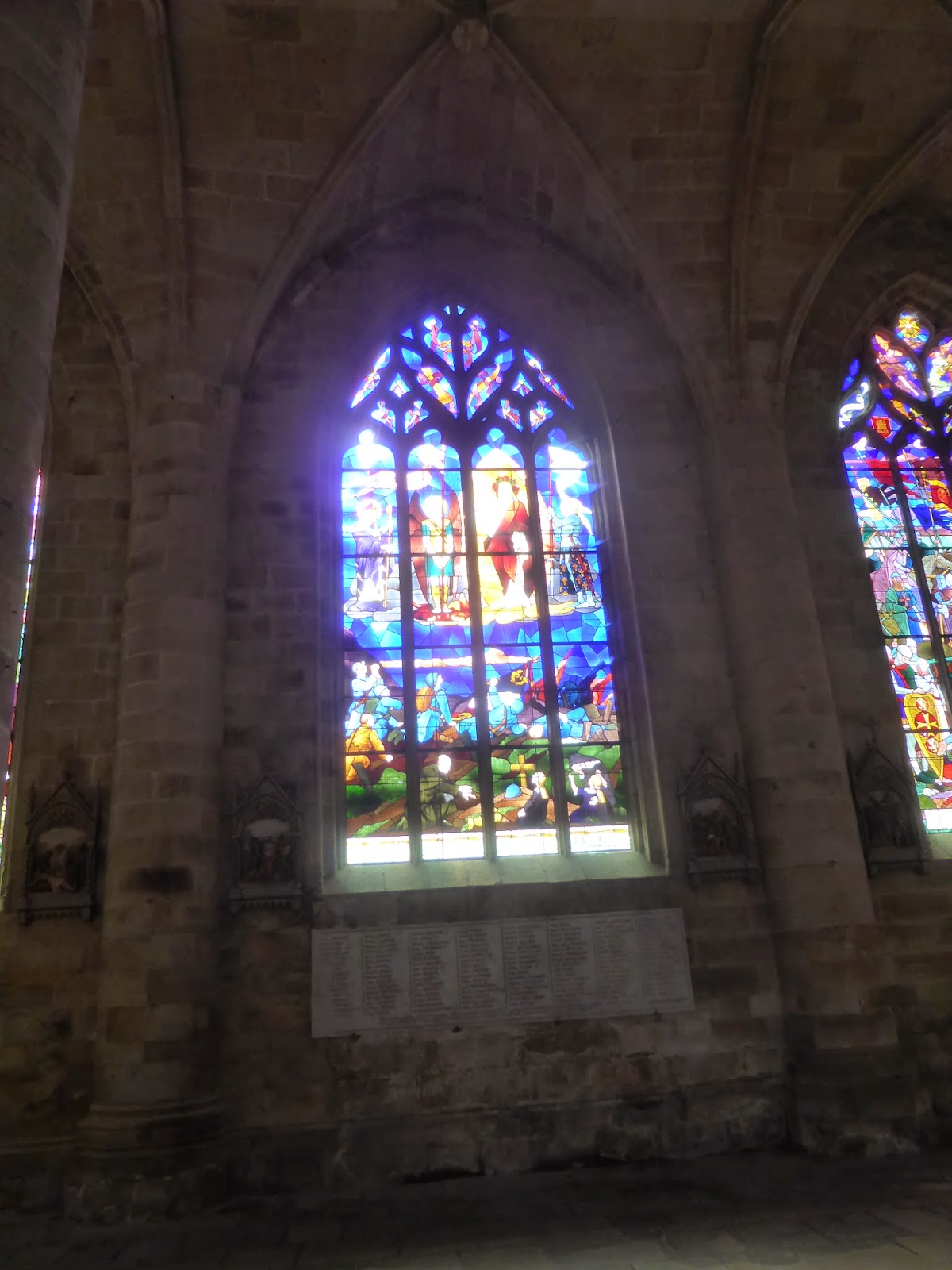 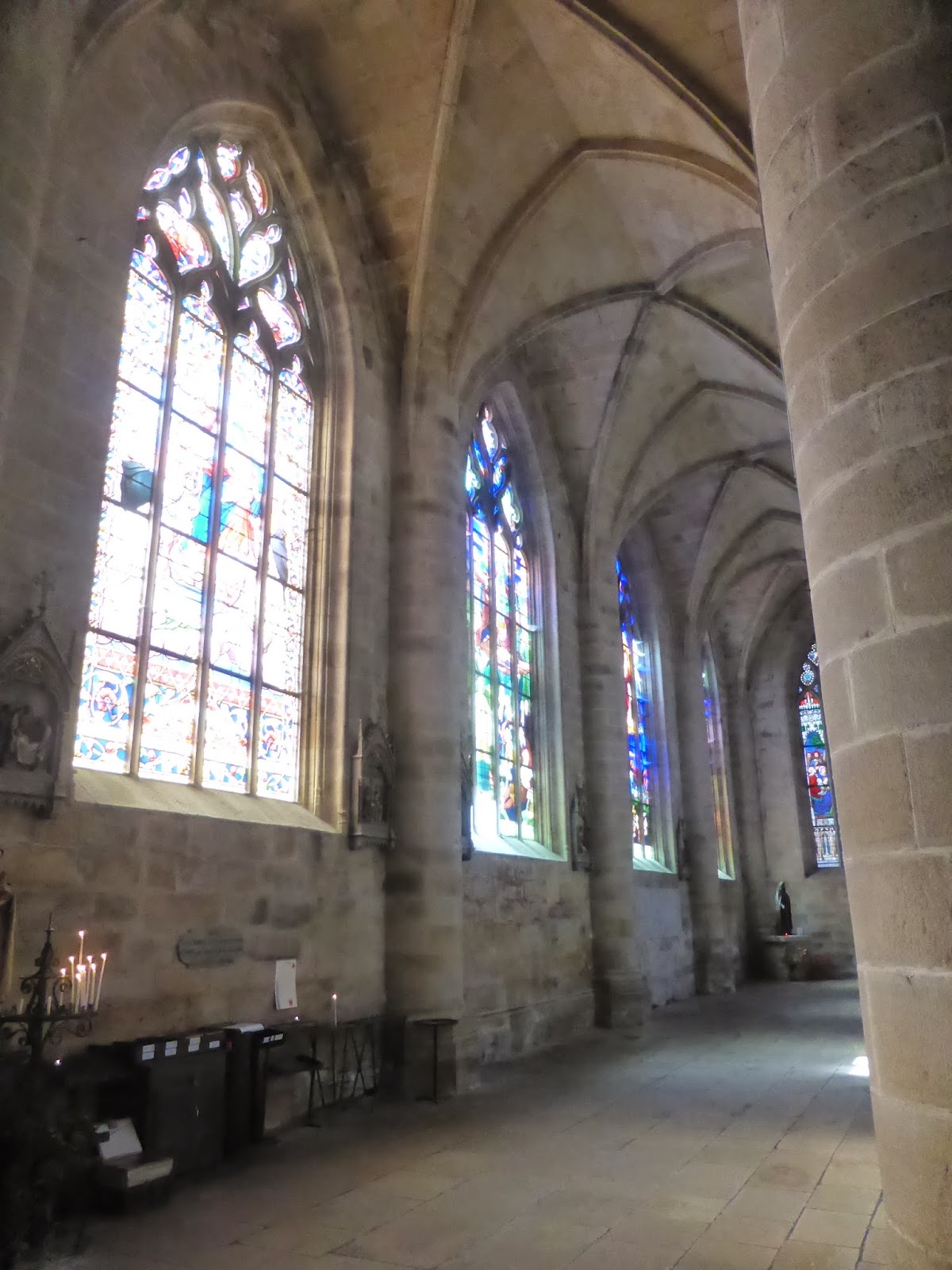 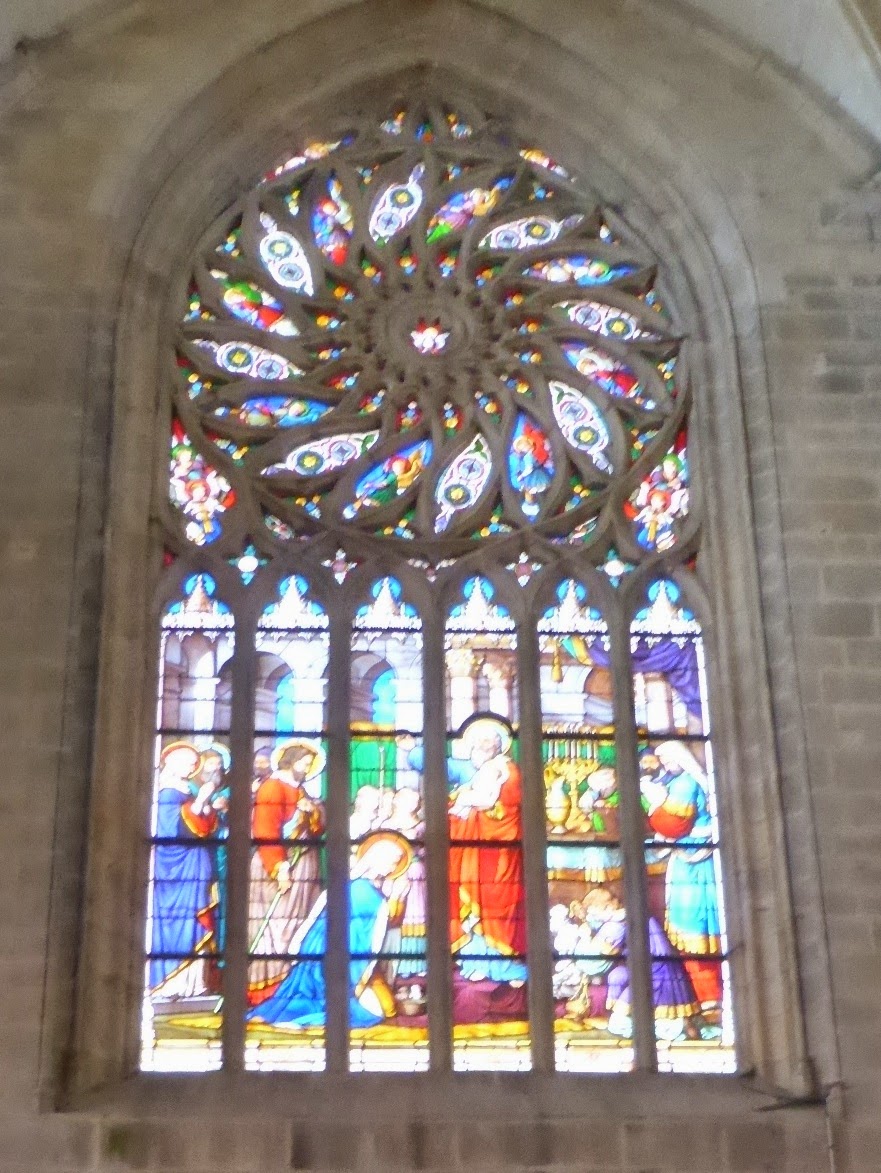 There is a an impressive collection of 19th and 20th century stained glass windows...
you can see some great pics, here 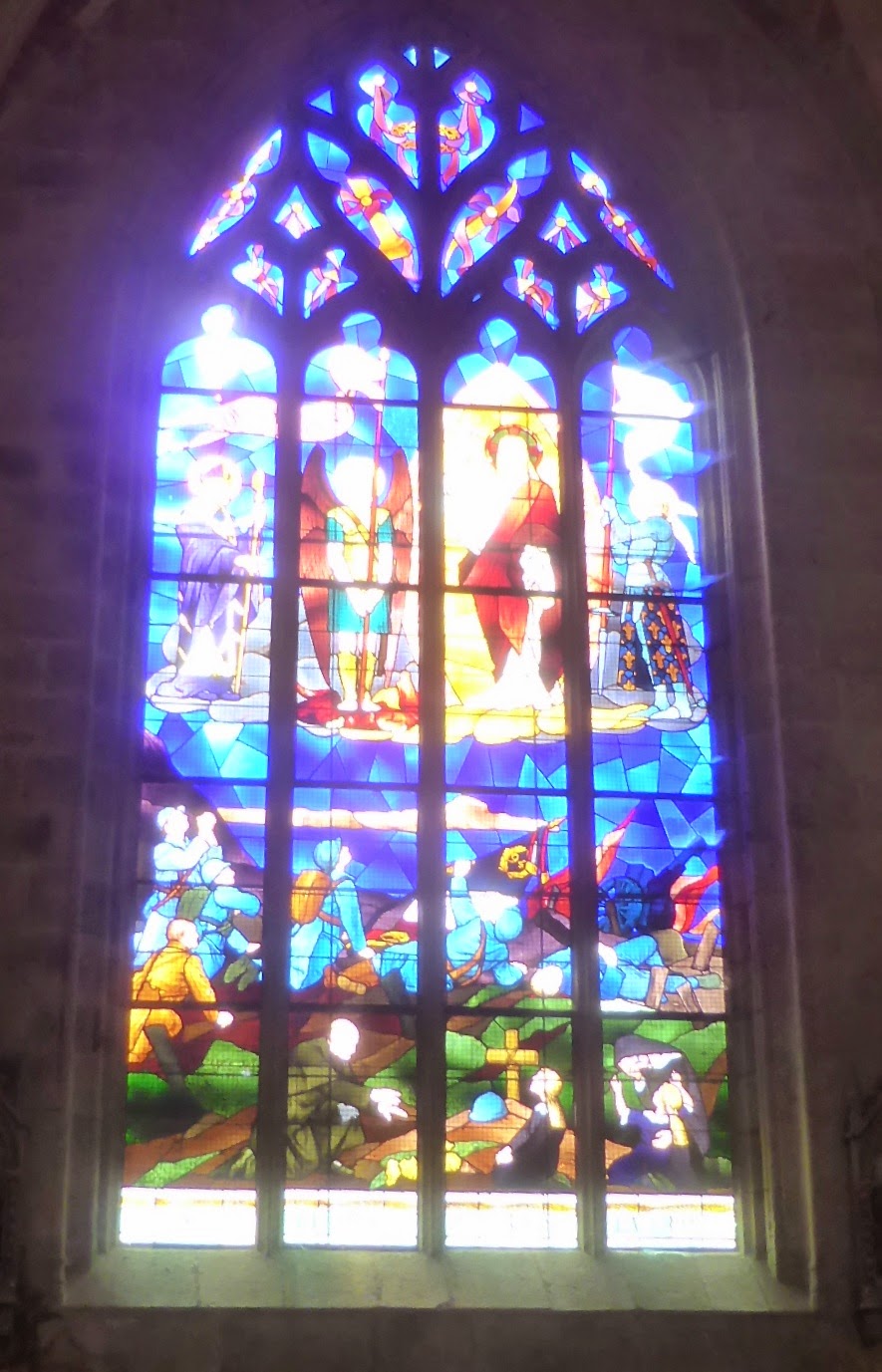 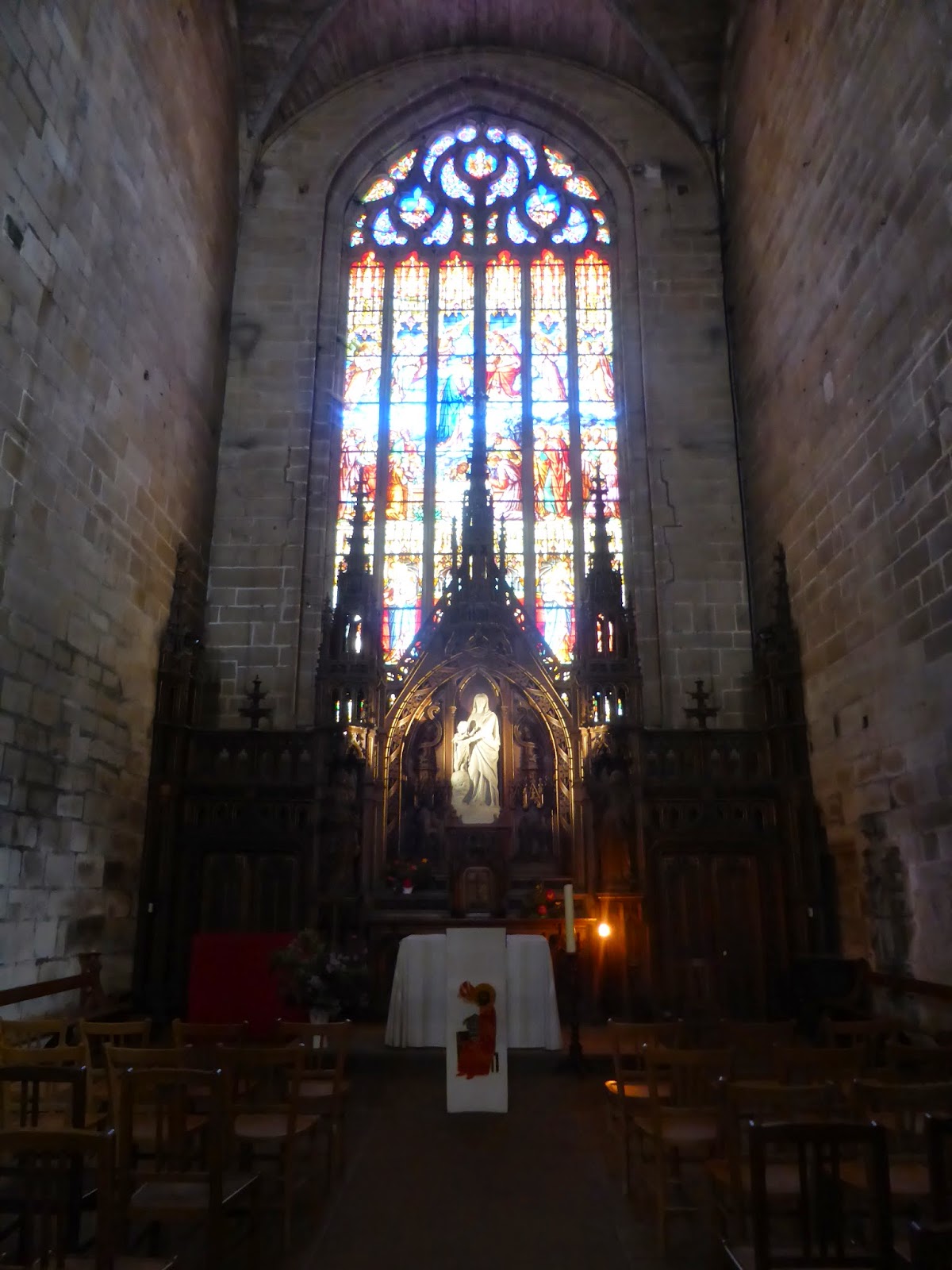 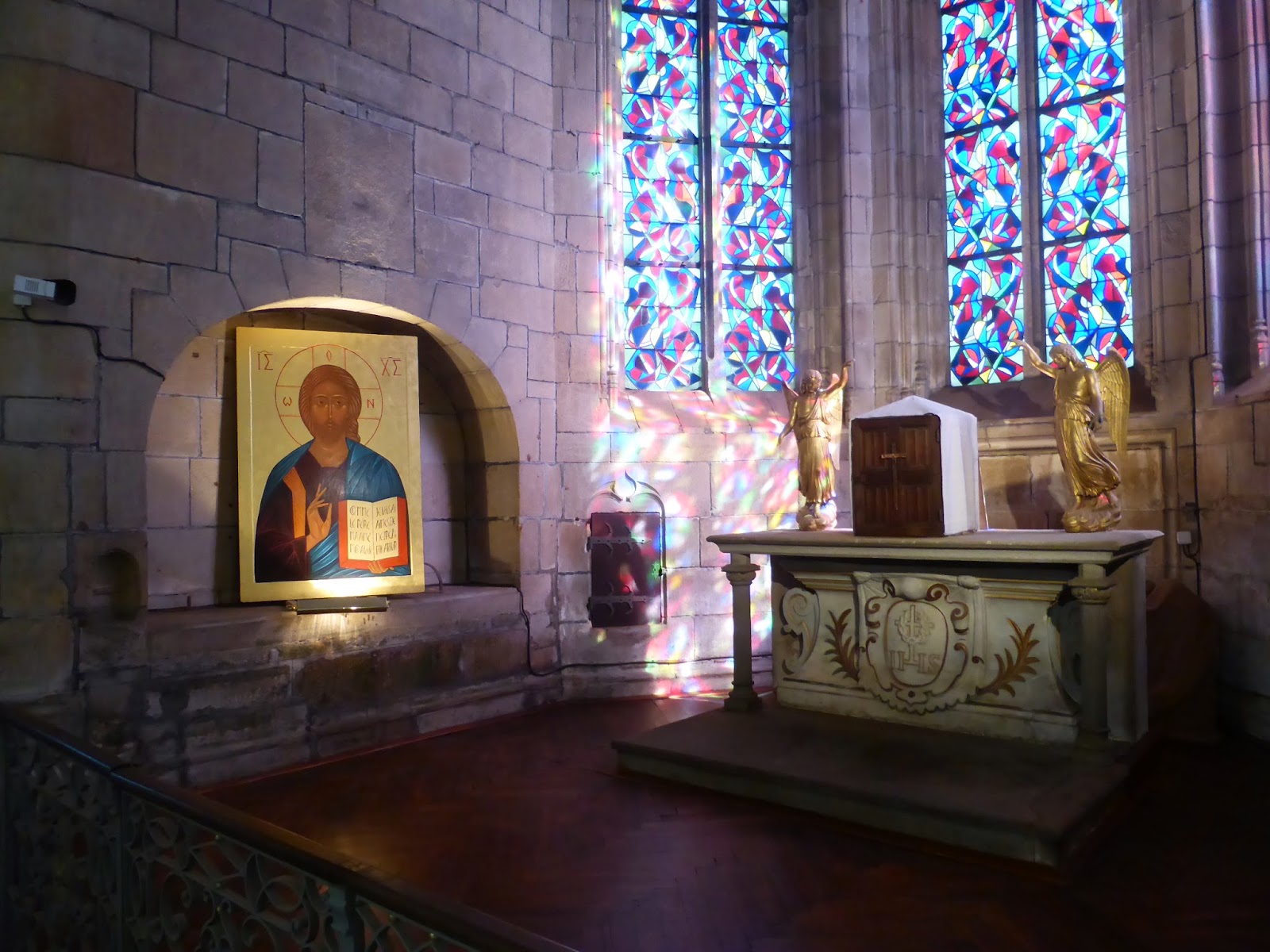 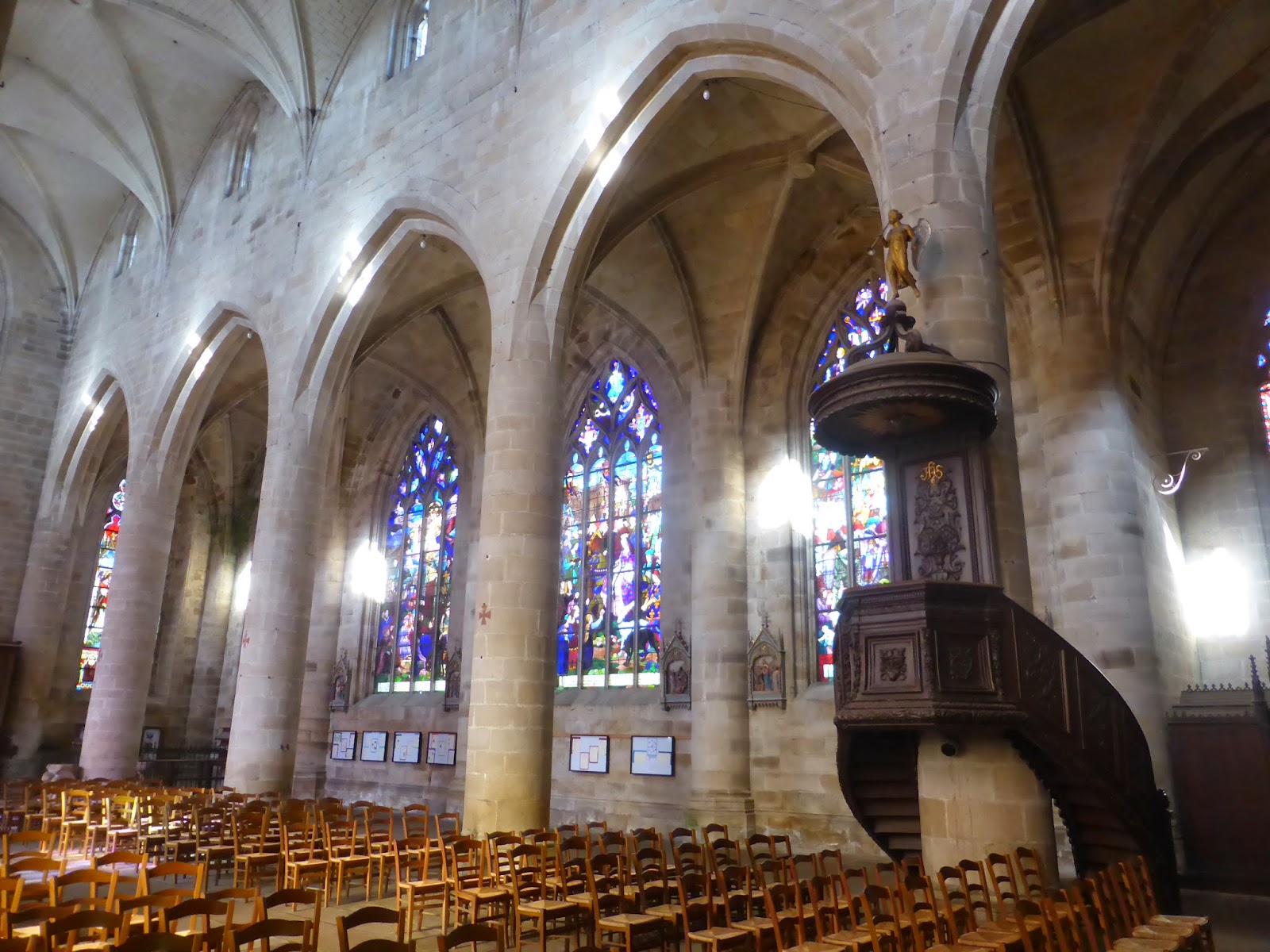 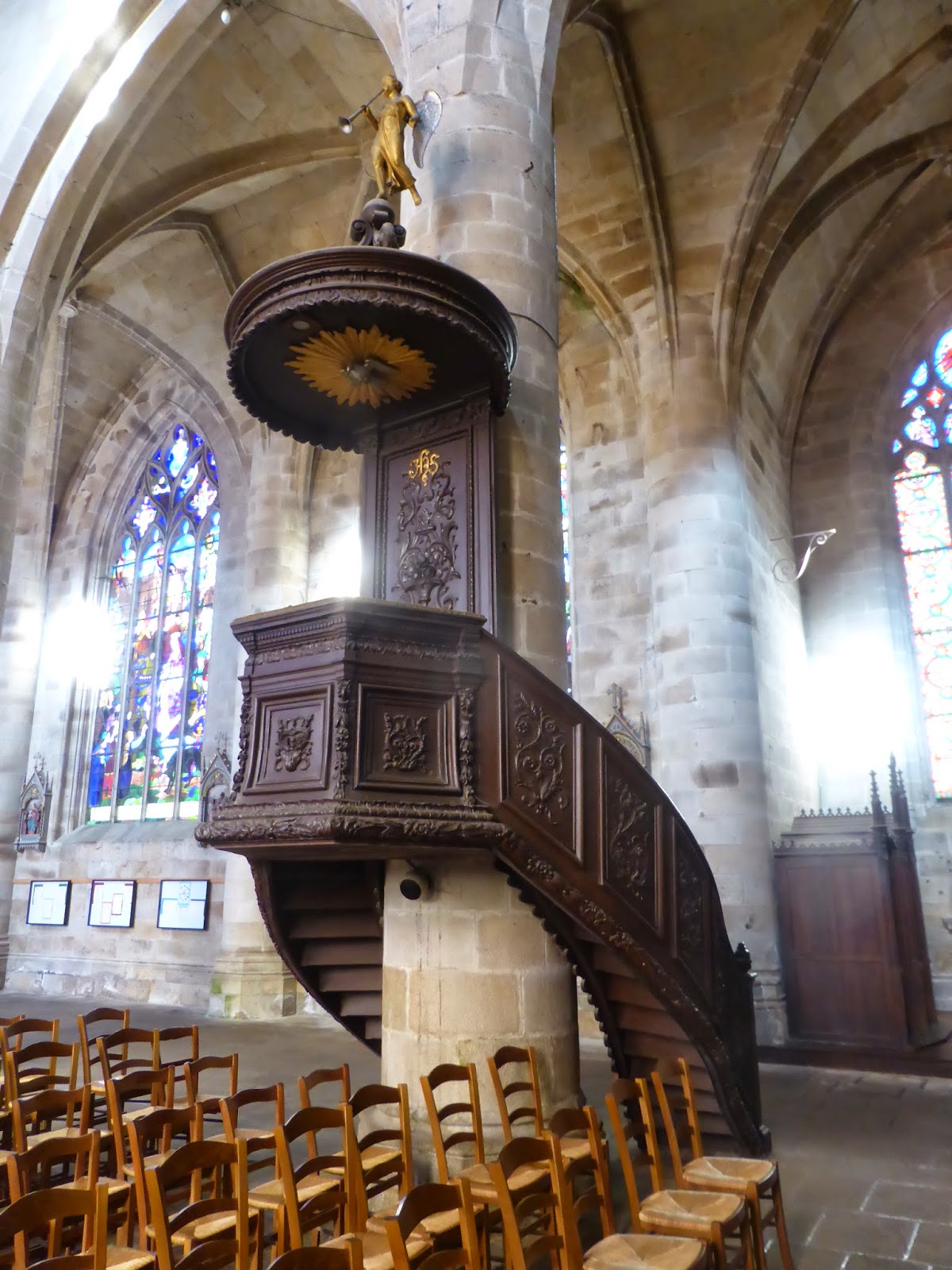 Where's Joan...nowhere to be seen here! 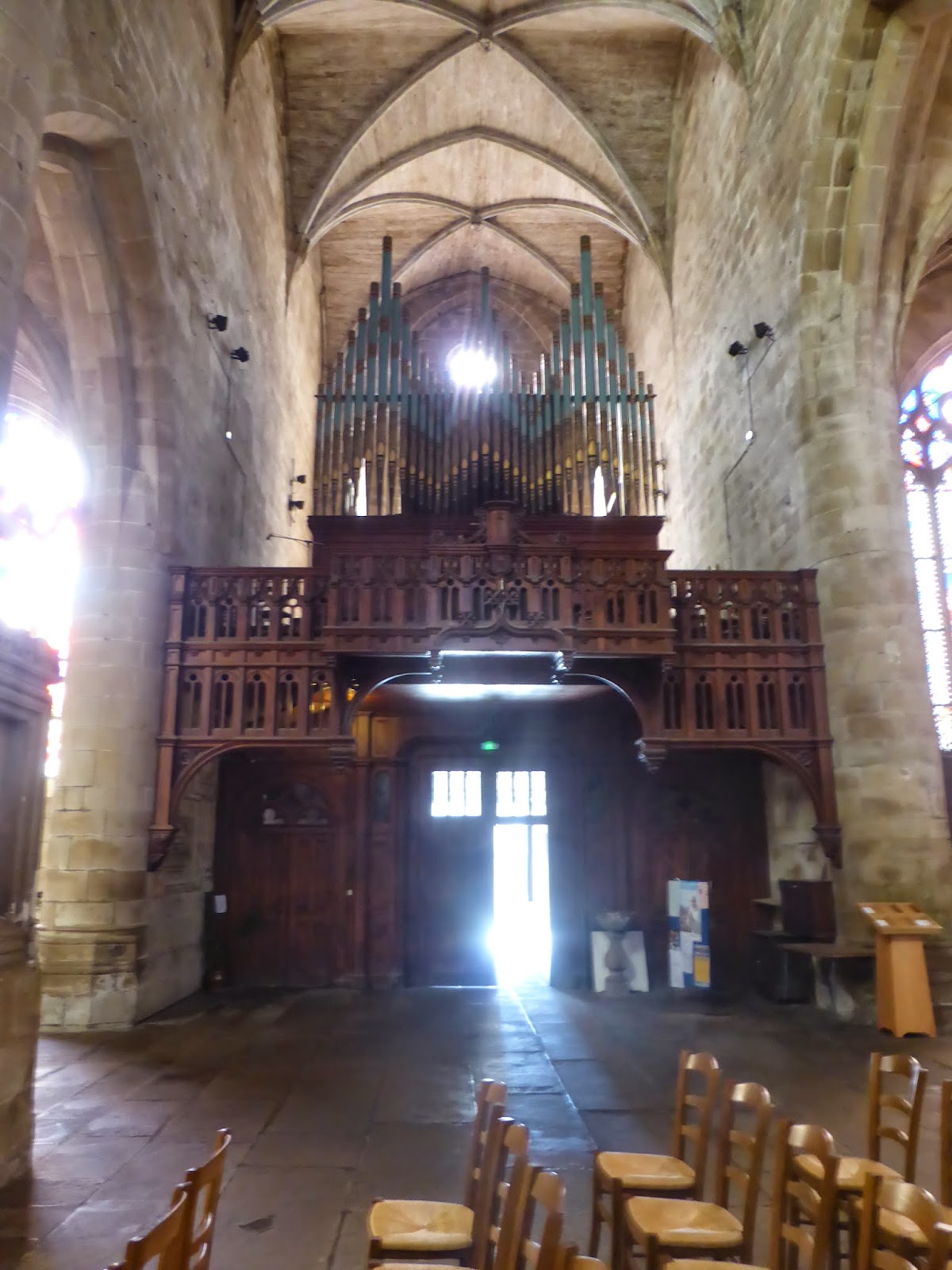 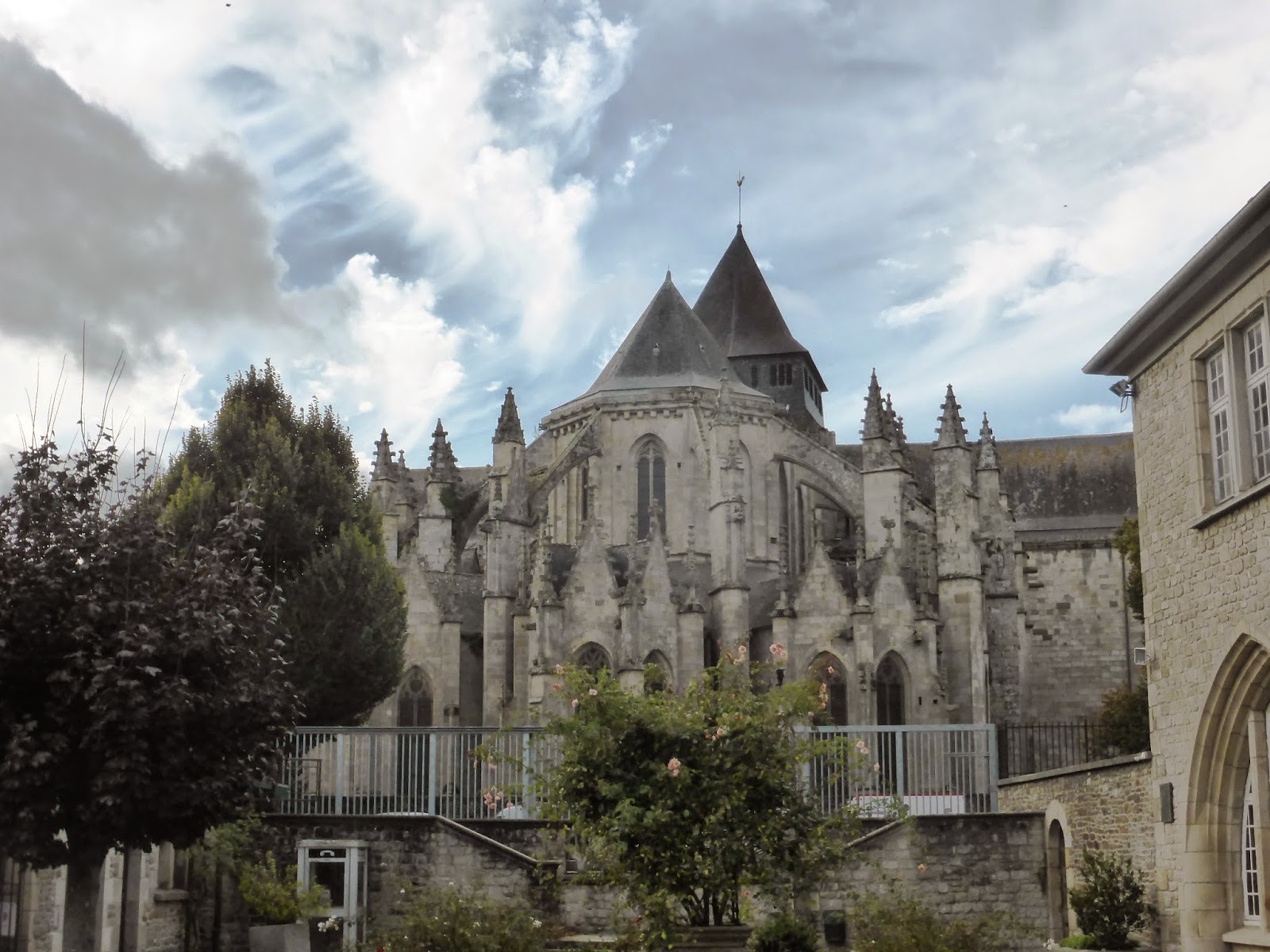