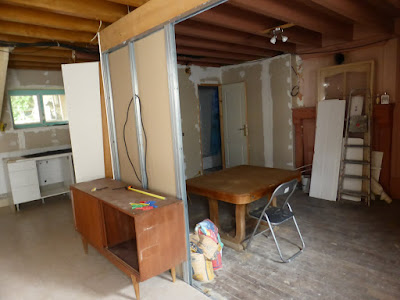 A friend who had seen our 'project' at an early stage suggested we show some 'before' pics of the hallways we showed yesterday. Anyone who knows the history of the property will know that is not as easy as it seems - as they did not exist before. When we bought the house it had lain empty for the previous eight years as a renovation project that had been started but not finished. 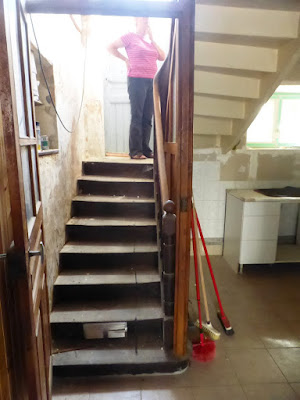 You actually entered into what we assume was going to be a long narrow dining room with a small kitchen at the end of it. There was a door at the bottom of the stairs which another friend suggested we should remove...and we did as it allowed light to flood what was going to be our hallway. 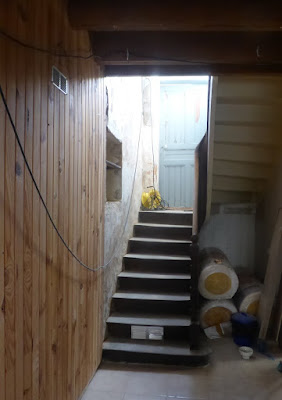 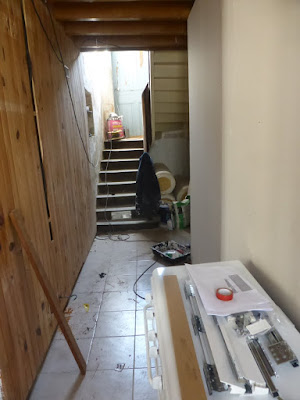 We narrowed this 'room' to create a hall plus give us a large storage cupboard (right) and somewhere to run the masses of new cabling needed. 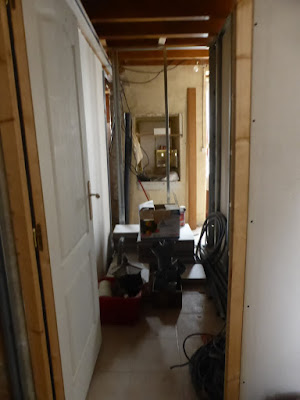 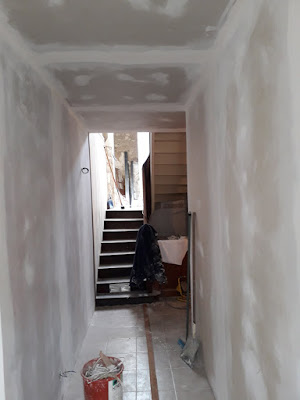 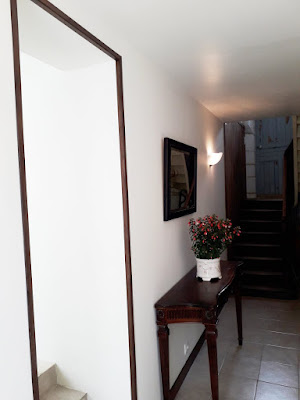 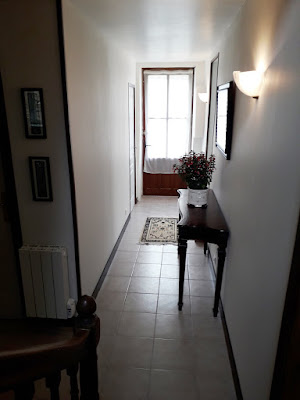 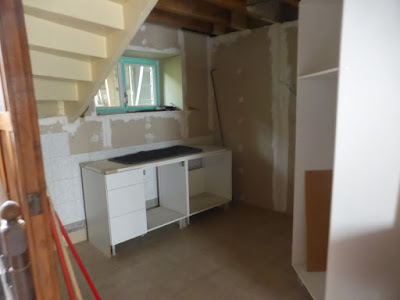 The kitchen at the end is now our laundry room. 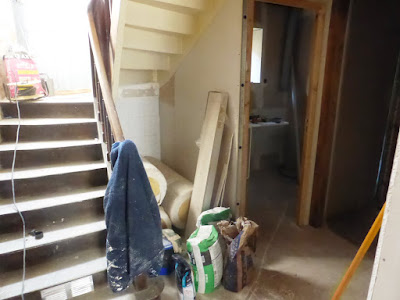 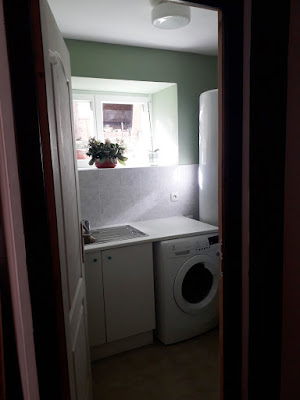 The hallway that now connects the main hallway to the downstairs shower room and what will be a bedroom again did not exist as it was part of what we assume again was going to be the salon with a toilet off it. 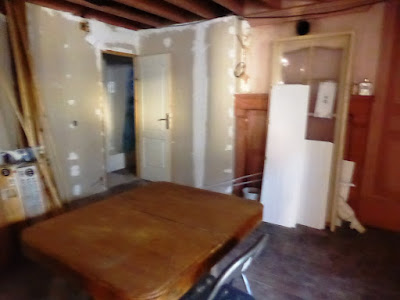 We borrowed enough of this room to give us the new hallway with access to both shower room and future bedroom. 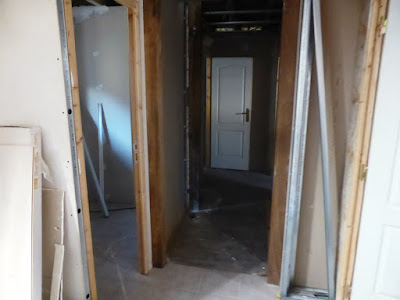 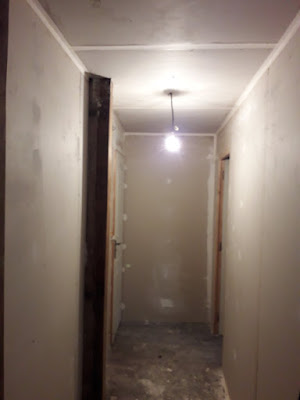 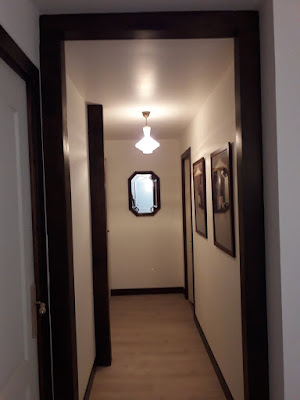 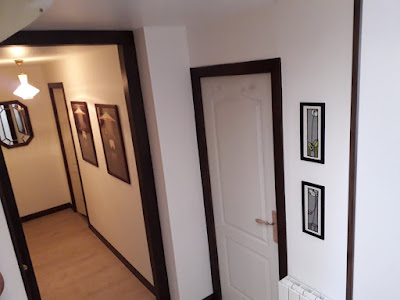 Posted by Loire Valley experiences at 10:04