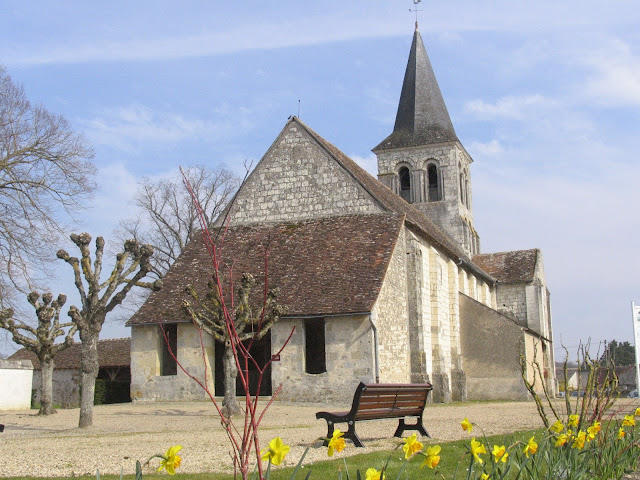 The 11th century Saint-Pierre Balesmes is the second of four churches in Descartes and one we had driven past on numerous occasions in the past. So on our most recent 'pass through' we decided to stop and have a look. Imagine our disappointment when we found that it was locked up. As luck would have it a man was passing as we were taking photographs of the outside and I asked him if it was possible to view the inside - he said that it was and in fact his mother had the keys further along the street at her home, Not wishing to miss the chance to view it we headed off in search of the keys and his mother! When she answered the door and we asked if it was possible to view the church she said no. We then let her know we had spoken to her son who said we should come and speak to her,armed with this information she invited us in. Turns out she was a very fit 90 years old and was the church caretaker. After introducing us to her younger sister she said she had to go along anyway to set up for a service that evening so we could save her a walk!. 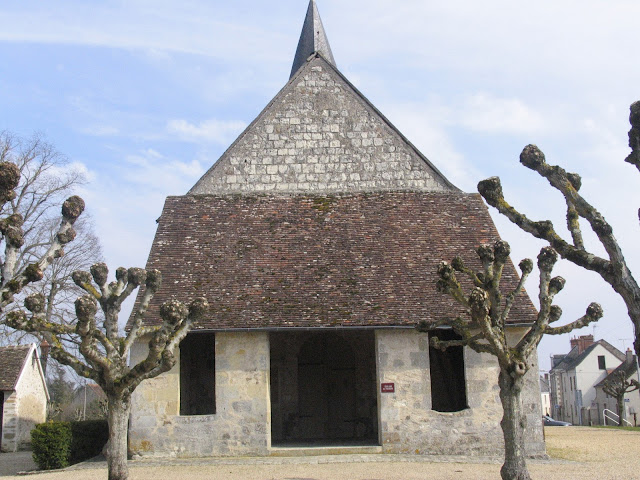 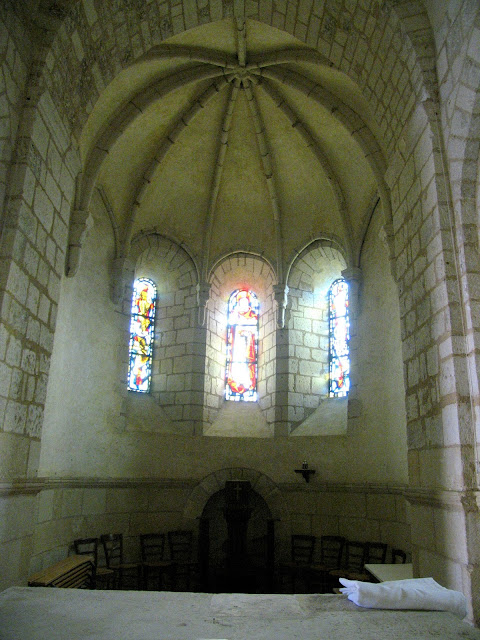 Designed in the style of the Latin cross the interior of the church is very simplistic with a lack of much in the way of adornments. The apse of the church, lit by three pretty stained glass windows in a semicircular arch, is fronted by a very plain altar slab. 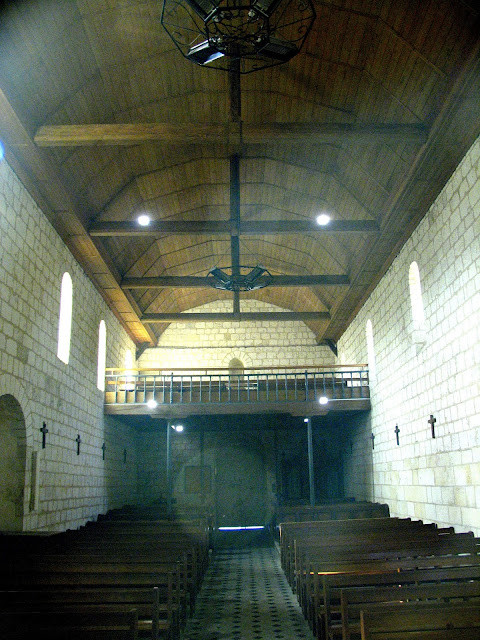 The vaulted nave is timber-clad. 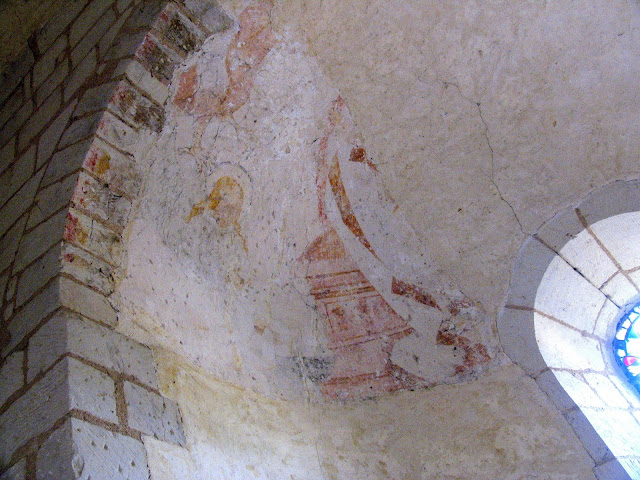 There are still some remnants of early frescos within the church plus there is a baptismal font that seemed rather inaccessible. 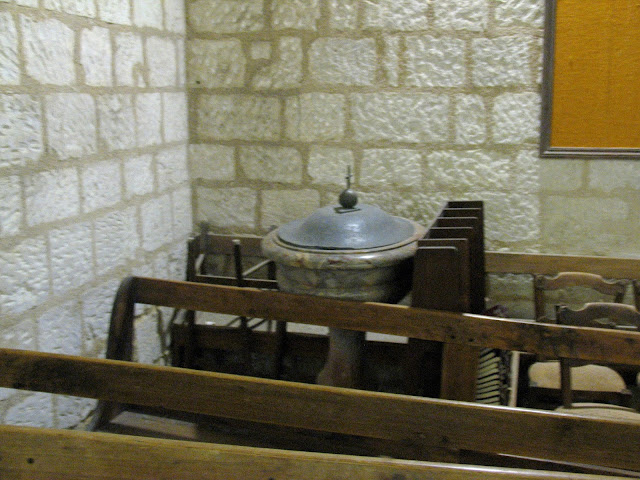 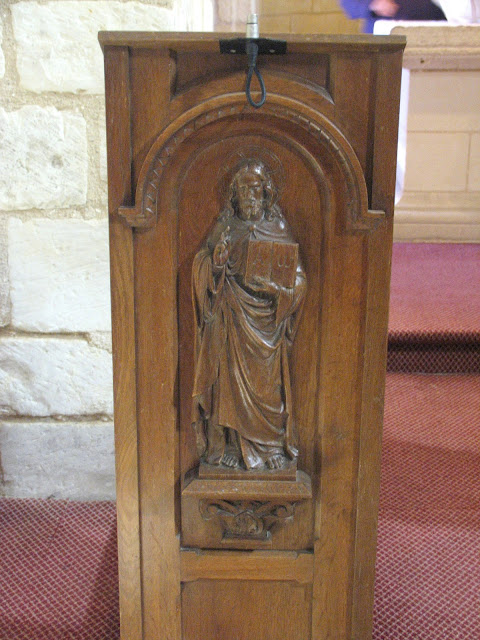 a nicely carved lectern plus some more stained glass widows but not much else.... 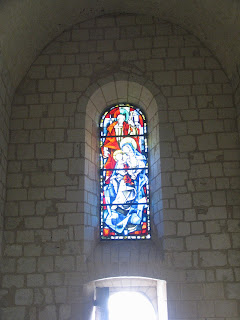 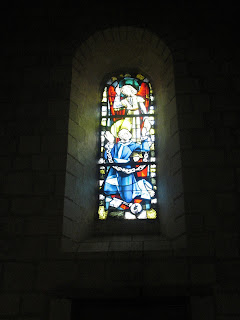 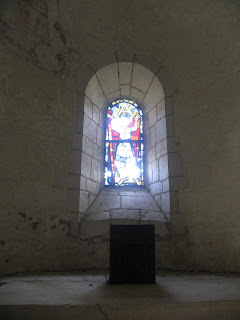 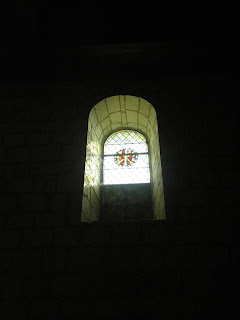 certainly no Joan, indeed no statues at all! 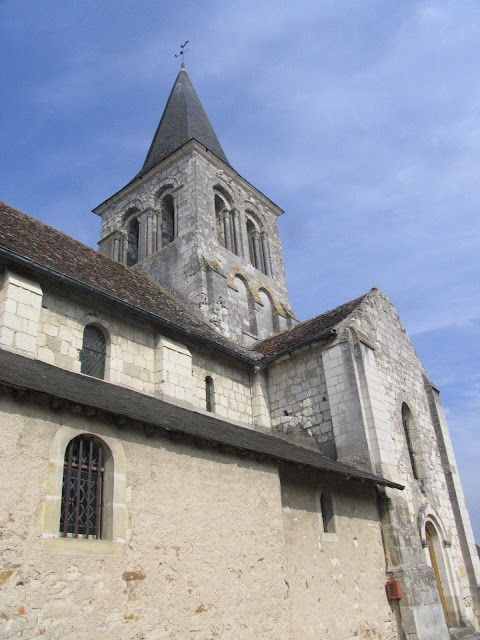 Externally the Romanesque style is a familiar sight here in Touraine. 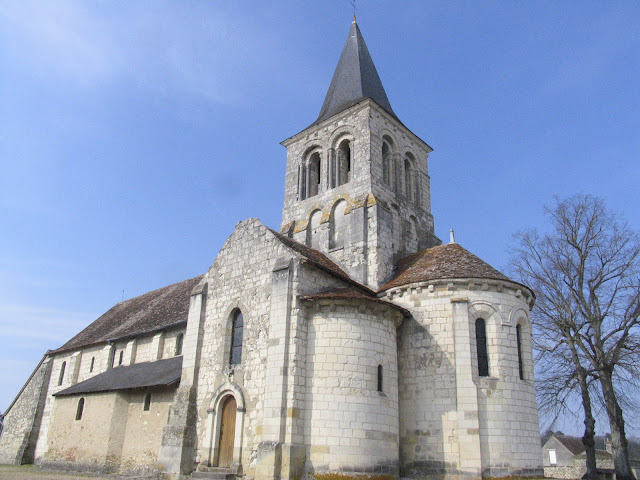