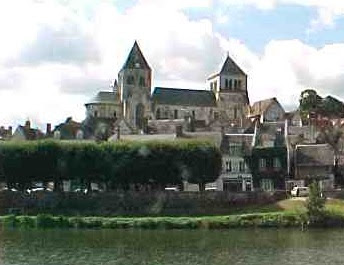 The collegiate church of Saint Aignan in the town of the same name sitting in the valley of the river Cher has a look of many early churches here in the Loire Valley that have gone through the transition of period styles of architecture. 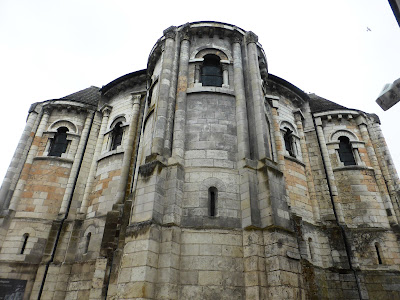 Started in the 11th century on the site of an earlier church it took on the Romanesque features of the times and as building continued over the centuries it morphed into an early Gothic style. 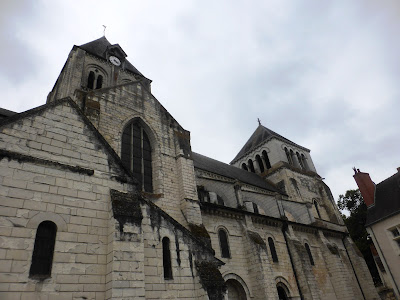 The church is slightly unusual having two striking towers 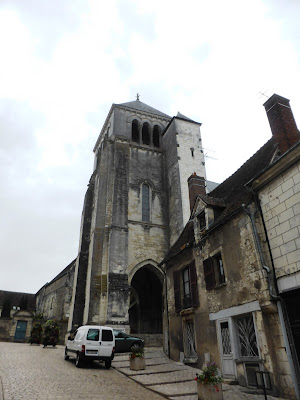 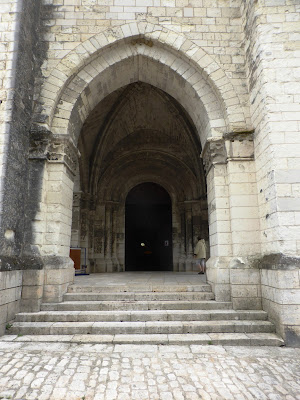 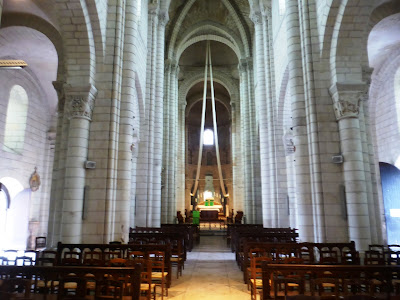 Inside the church is impressive and much grandeur than you'd expect for a town this size. 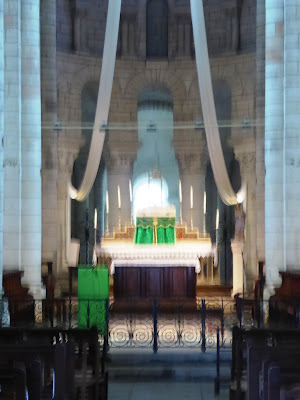 The asp and transept date from the 11th century. 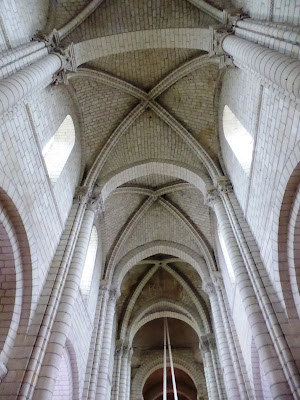 It has an impressive nave,restored in the 19th century, that wouldn't be out of place in a cathedral. 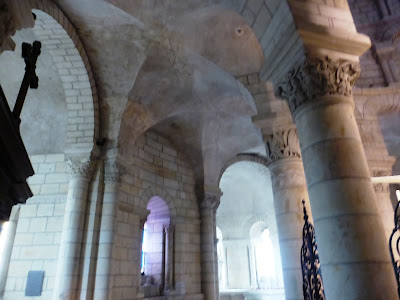 There are hundreds detailed carved capitals... 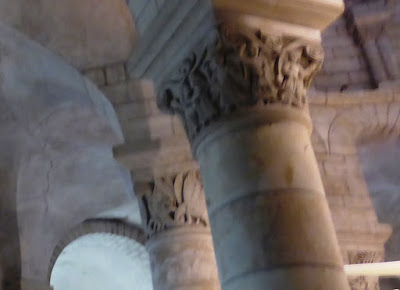 and an ornate side chapel dedicated to 'Our Lady of Mieacles'. 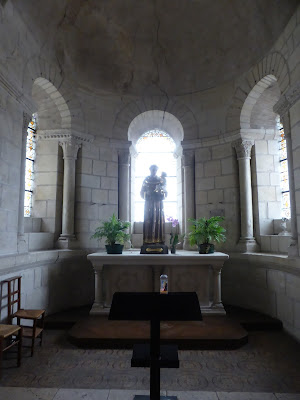 The other side chapel 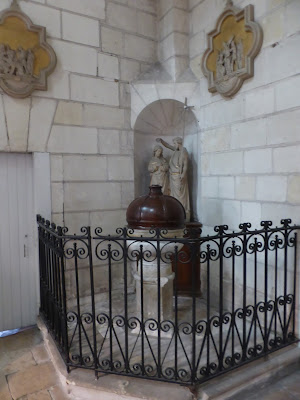 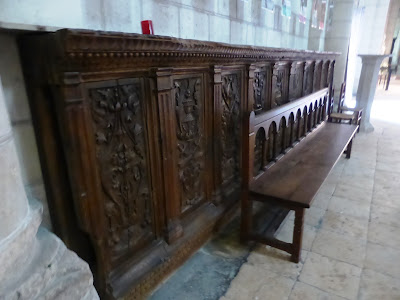 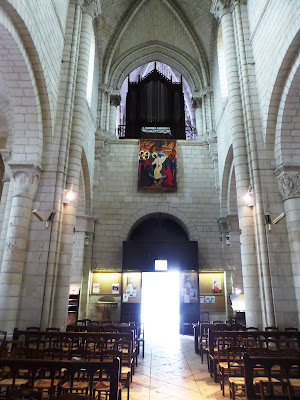 The church orhan set on high! 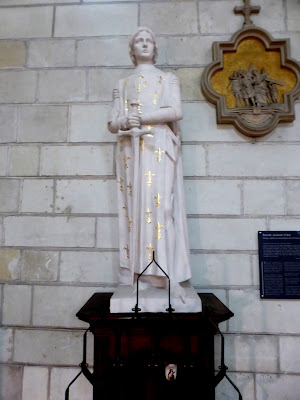 She's here, in one of my favourite poses. 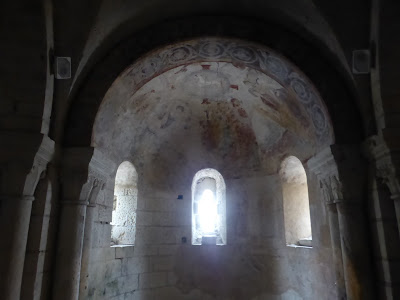 There is a crypt under the church which is actually what was the original church on the site before the later church was built atop of this. 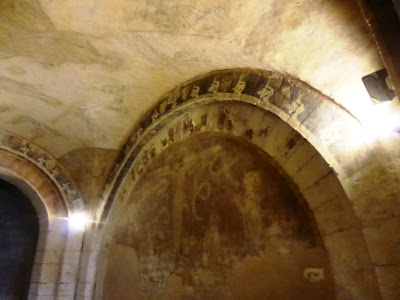 There are some impressive murals dating from the 10th century 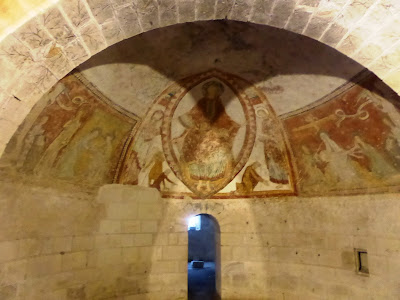 There is some controversy as to the name of the original church as some say Saint John's while others claim it has always been dedicated to Saint Aignan and that his relics were once held here. 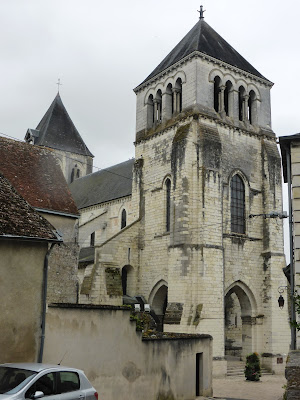 If you are visiting this medieval town the church is a 'must see'. 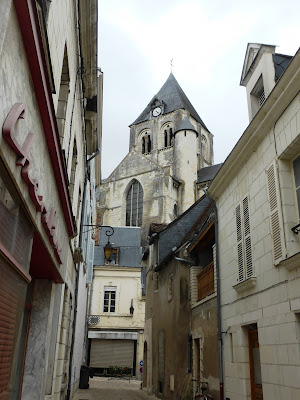 Posted by Loire Valley experiences at 20:13