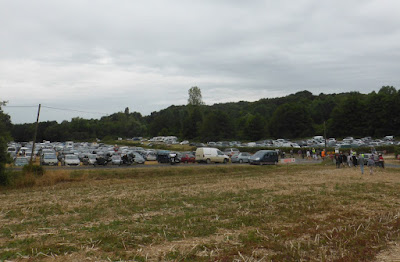 Paid a visit to the areas biggest annual brocante at La Celle Guenand yesterday which proved as populaar as ever. 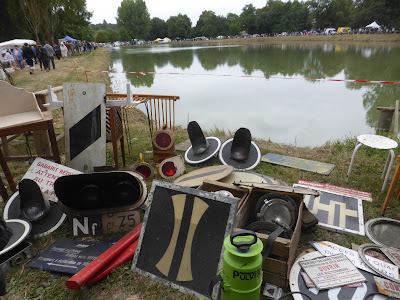 You can buy almost anything here as represented by the first lot we came to...all the traffic (train?) controlling equipment you ever needed 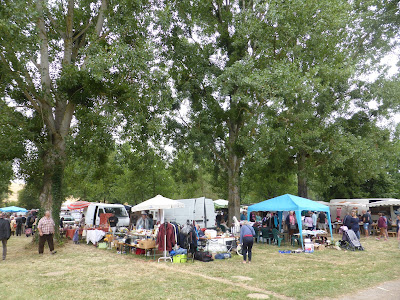 Events like these are as much of a social occasion as a treasure hunt and we happily met the 'usual suspects' in search of bargains. 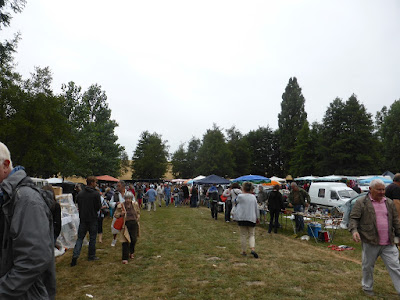 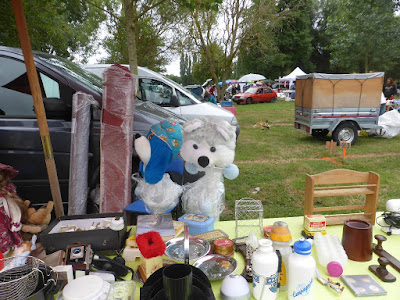 Toys were as usual in abundance...know which one I'd have kids play with and it's not the 'Kalashnikov'. 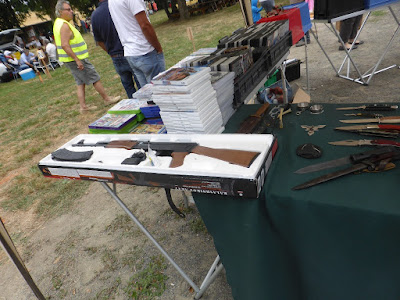 As you walked around you were accompanied by the sounds of the 'Tannoy' system ... 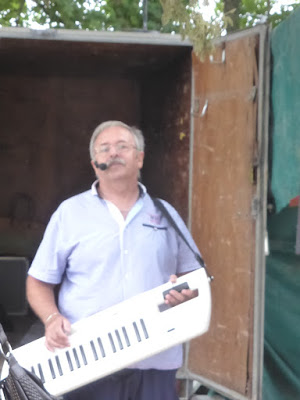 and to our surprise we found the 'entertainment' was being provided by an old acquaintance of ours and Cally's- Claude used to play with Cally and Nev as 'CNC' trio. 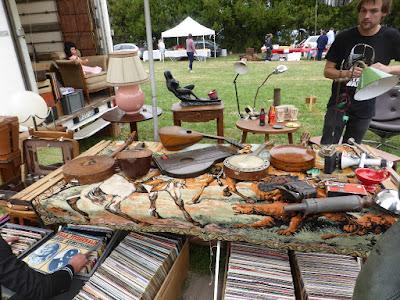 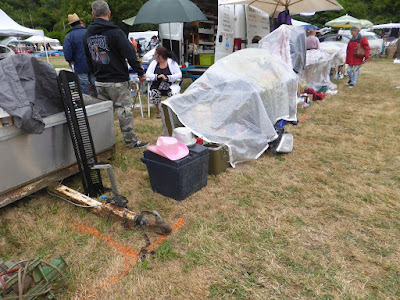 Sadly the rain came, after all the glorious weather we have had, I felt for the stallholders. That pink hat could have been useful. 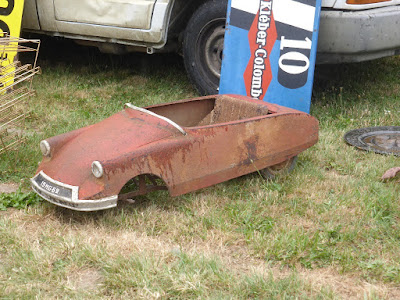 With a little bit of  TLC who knows what you could do... 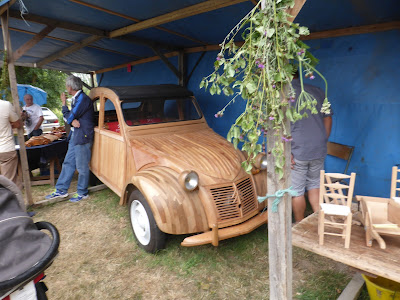 Wood you like to own this? I know I would. 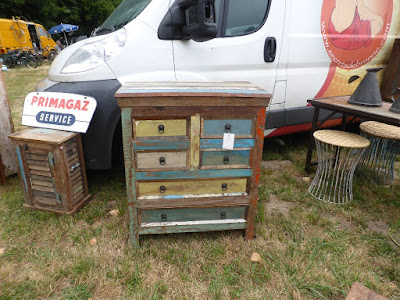 How much do you think was being asked for these 'shabby chic' items? 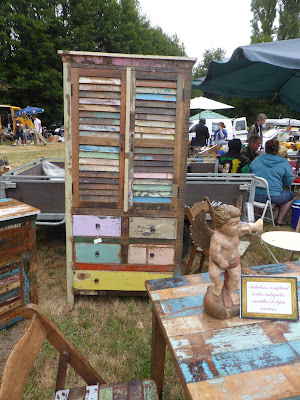 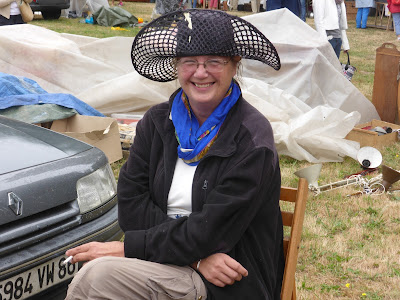 
Posted by Loire Valley experiences at 07:08