When friends Jane & Peter suggested we should take in the “spectacular” ‘Son et Lumiére’ at Ciran we were a little sceptical as their description bellied any thoughts of what type of show this small (400+) village could possibly put on. We often pass through the village on our way to Loches and our shortcut to avoid driving through Ligueil took us past its little ‘etang’ which showed no real hint of a possible ‘spectacular’.

After an initial scare, a really heavy downpour, which we managed to avoid by arriving at the parking (field) just as the heavens opened and sitting tight until it passed, we set up stall courtesy of Mike & Liz’s folding chairs - what was about to unfold was still not clear. 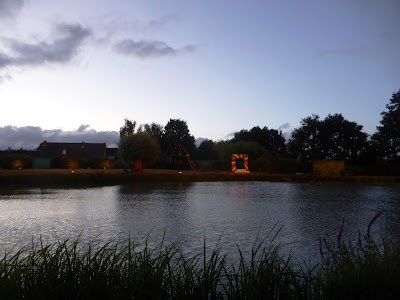 Across the small lake you could see the minimum of props - a small structure which represented the attic, a colourful gateway and a large panel/screen... 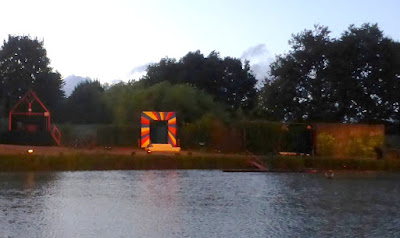 ‘La Malle aux Souvenirs’ (The trunk of Souvenirs) was about to reveal itself. 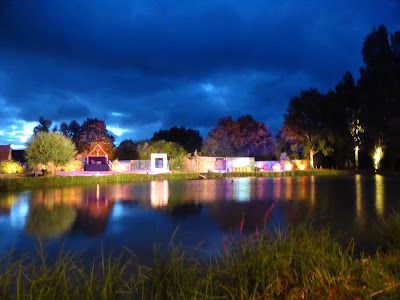 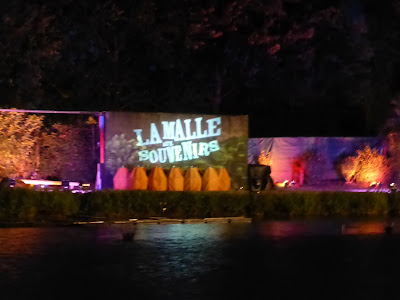 As darkness fell the scene was set by colourful back lights and music with our host welcoming us to a journey across the world via the trunk of memories of that would be revealed by inquisitive children and their imagination. 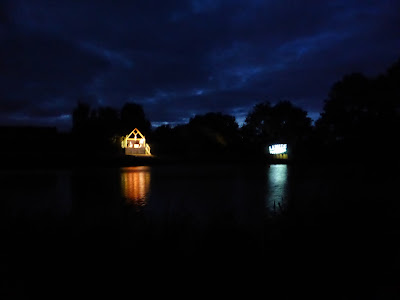 The lighting, music and water would feature heavily. 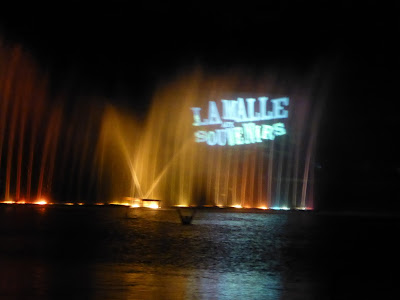 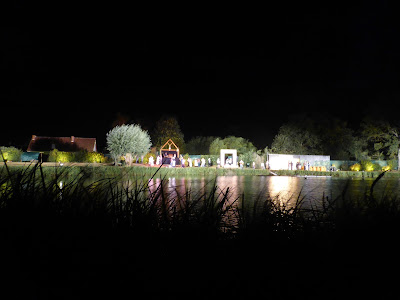 We were taken to America via the wild west, to India and the Ganges 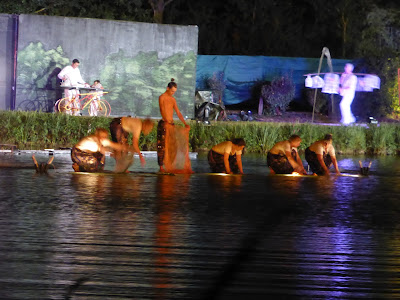 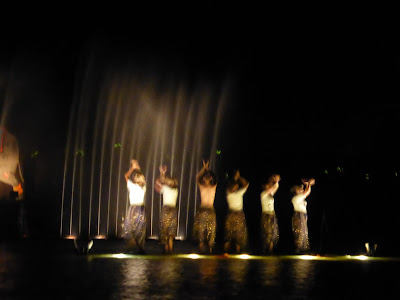 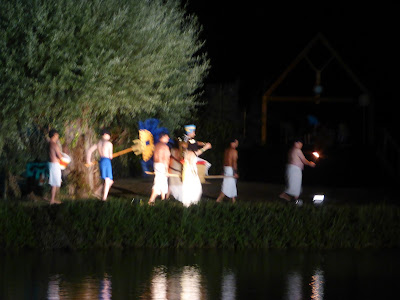 ...to Paris in the company of Tolouse Lautrec 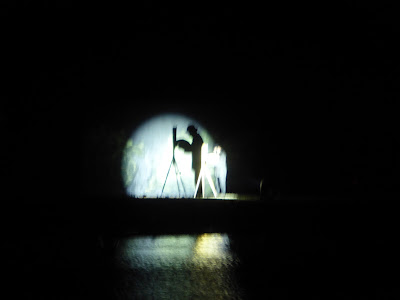 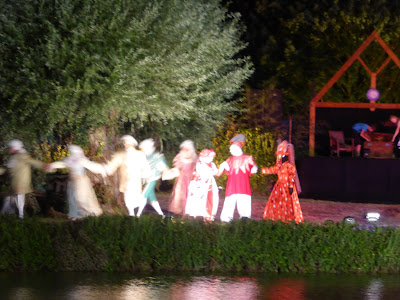 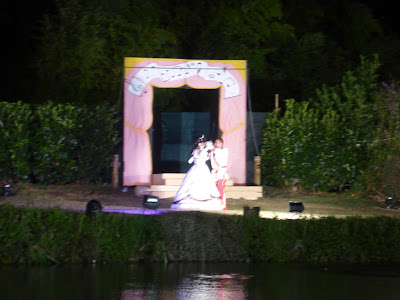 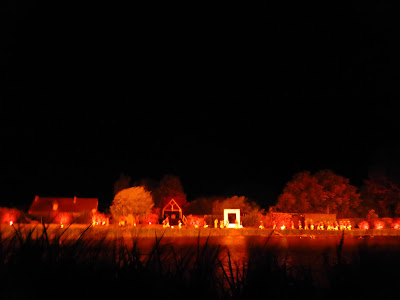 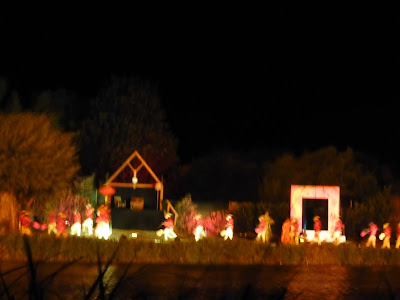 ...to the Rio Carnival 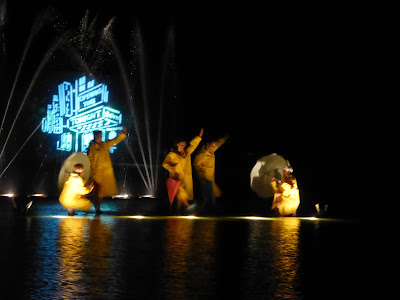 they even took us on a cinematic trip which included a 'Singing in the rain' sequence on their water stage. 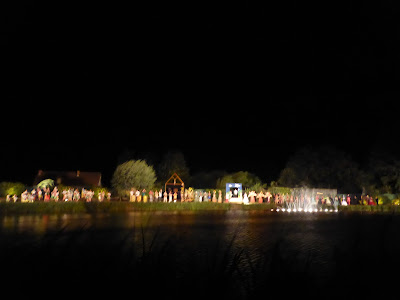 After nearly two hours of performance the cast of hundreds (mainly local amateurs) took their bow before we were treated to a grand finale of fireworks. 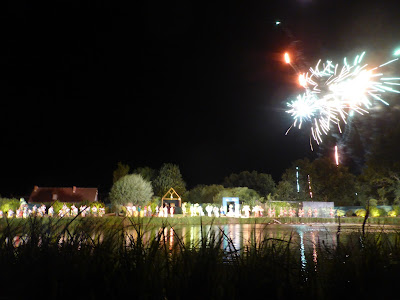 We came away thinking that this should be on every visitor to the region's agenda, great! 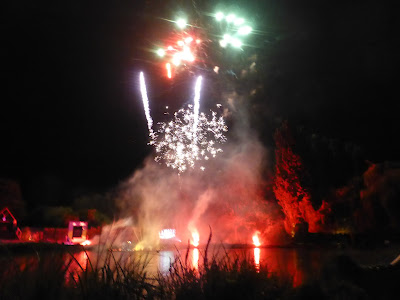 Here is a small sample of the night...remember they are mainly amateurs...