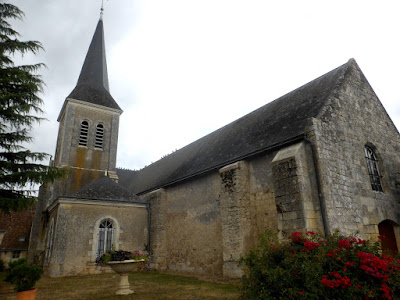 During last week's Patrimoine weekend I was able to visit inside the church at Neuilly-le-Brignon somewhere I had always found locked on previous visits.The   was founded in the sixth century by the then Bishop of Tours, Saint-Bauld. The building we see today dates back to the eleventh century and added to in the twelfth, sixteenth, and nineteenth centuries. The bell tower being the last addition. 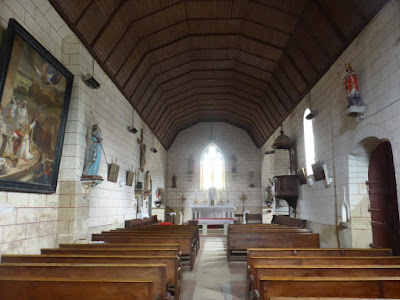 The nave has a paneled barrel ceiling which leads to a rectangular choir. 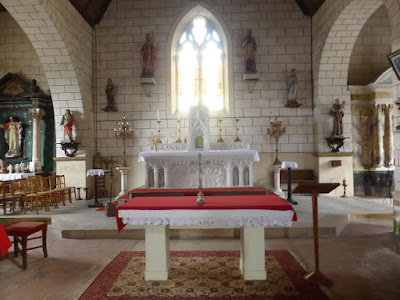 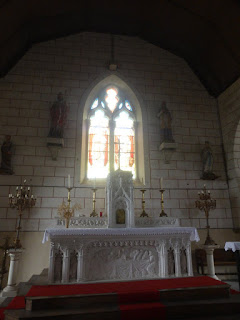 The choir has two side chapels... 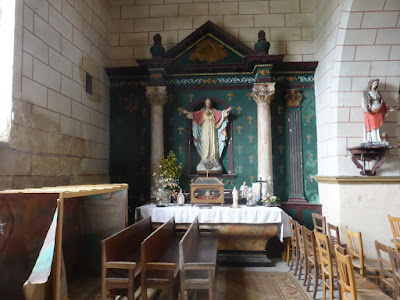 one of which has an interesting container. 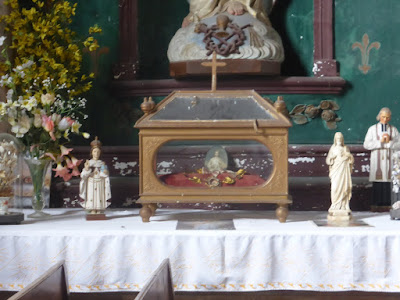 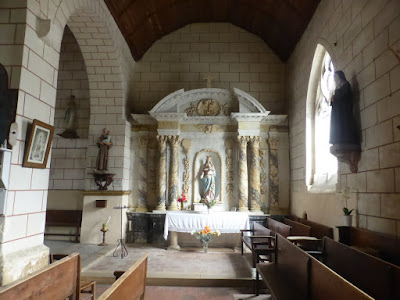 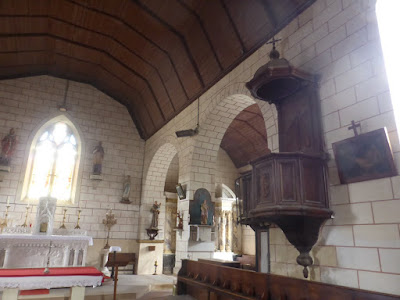 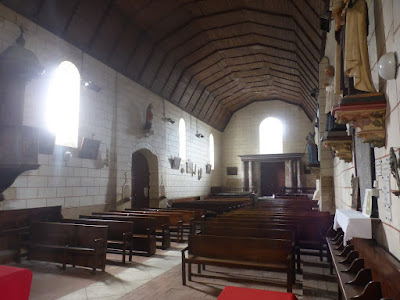 Looking down the nave to the rather grand entrance with its pillars. 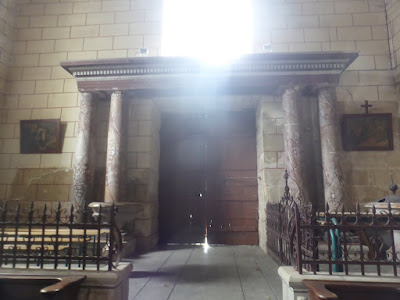 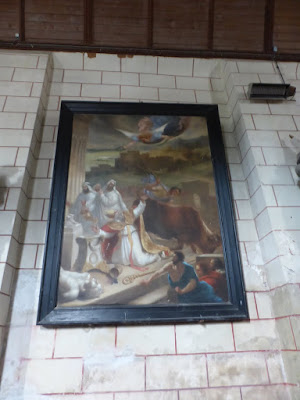 There is a large painting depicting the martyrdom of Saint Saturnin who was sais to have been dragged through the streets of Toulouse by a bull until the rope, attached to his bound ankles, broke. 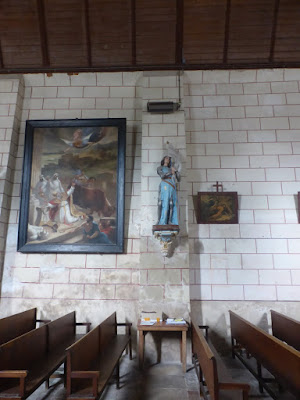 It sits beside our Joan 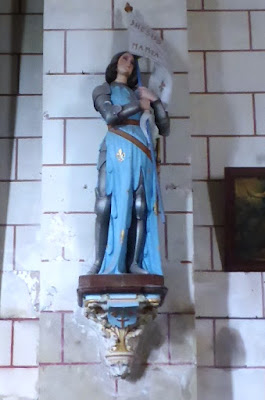 Posted by Loire Valley experiences at 08:07