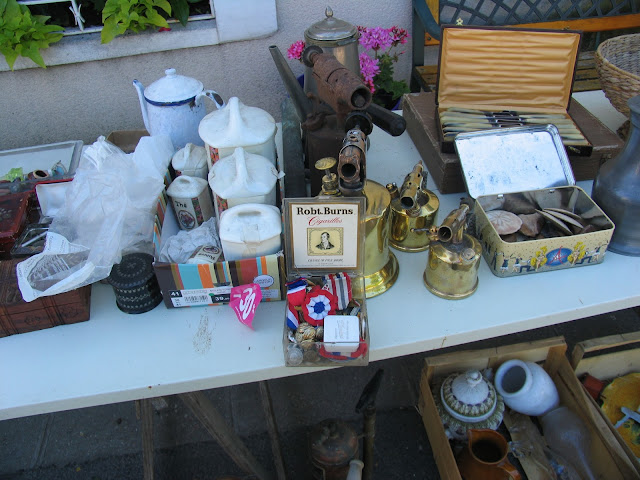 At Abilly on Sunday an item on one of the stalls caught my eye as it featured Scotland's national bard - I had seen whisky advertised using the great man and could understand the marketing strategy but cigars and cigarillos? I'm sure he may very well have chewed on tobacco but would he make you want to smoke a particular brand? 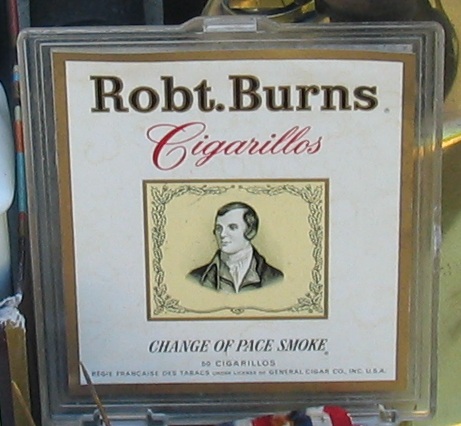 The other thing that struck me was why the abbreviated (always think this word could be abbreviated by removing one of the 'b's) first name? Wouldn't have thought there would be any copyright issues!
Anyway apparently these 'Havana machine rolled' cigars and cigarillos were very popular in the 50's.

Don't think the old commercial for them would pass the censors (on many levels) nowadays!

Wee sleekit thin tobaco beastie
Whit damage do you cause my breastie
Thou seem ta start away so tasty
with smoke and fire, the gentle crackle
I wad be lath ta quit this habit
but for me now it’s a battle.

Posted by Loire Valley experiences at 08:09