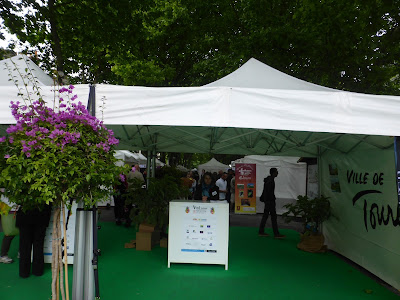 Went up to Tours yesterday to visit 'VitiLoire' where over 150 local producers were allowing you to sample their wares. Their tasting booths were set up right in the city centre, on the Boulevard Heurteloup ,  and in the garden of the Prefecture. 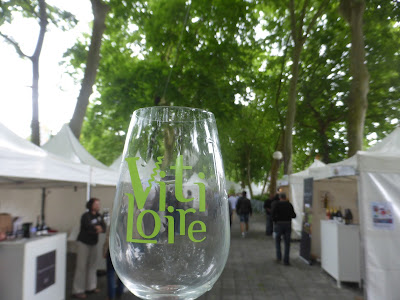 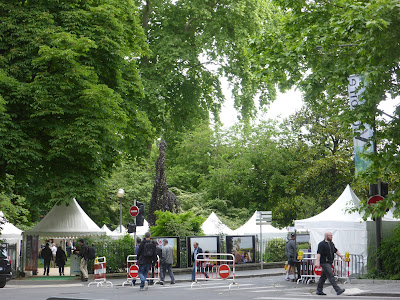 we tried to be discriminate about choosing which wines we tasted, going for some Sancerre and Pouilly Fumé  as we have another road-trip planned for there later this month. 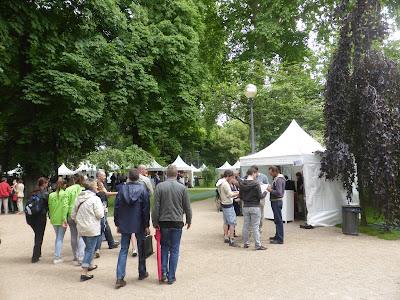 We also selected some nearer home so as we might pop in as we drive around the region. 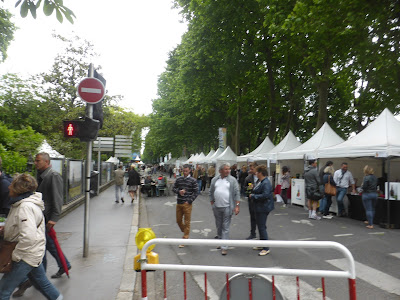 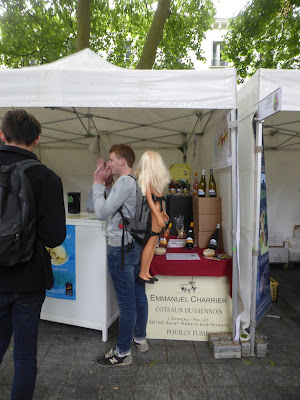 As we made our way through the booths we noticed that there was a great variety of 'tasters'. The guy above being part of a ' stag' weekend no doubt...either that or his partner had sampled one too many!

There were also the lucky people who had obviously just arrived at Tours' station (luggage gave them away) to be met by the sight of  hundreds of opportunities to get an early introduction to the diversity of the great wines of our region. We wondered also if you bought the glass on the Saturday did it cover you for the two days...or maybe they changed the colour of the writing...on talking to a charming local who actually lived on Boulevard Heurteloup he dispelled any thoughts of any 'control' showing us the glass he was using from two years ago! Said he pops down for his aperitif to the largest cellar in the region when it rolls into town...I liked him! 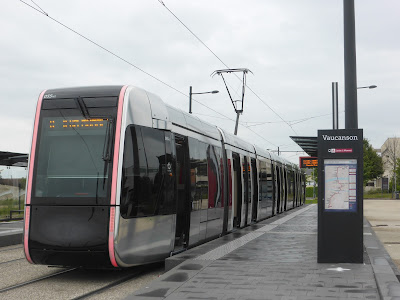 For ease of access we headed up to the end of the tramline (Vaucanson) at the airport from where we were taken straight into the heart of the city  and back for €2.70 return.
Posted by Loire Valley experiences at 08:27