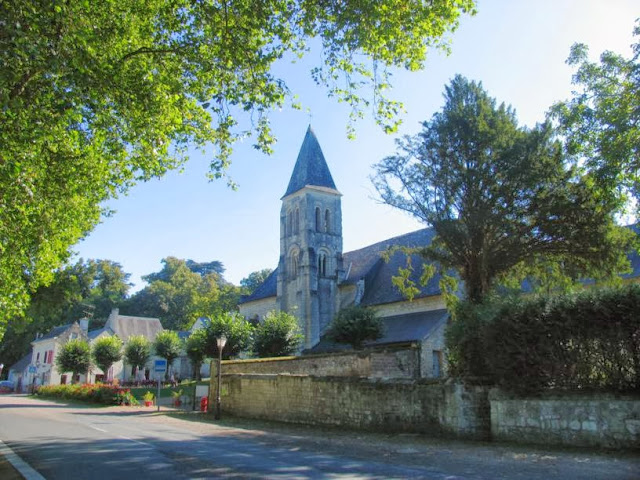 The church of Saint-Germain-sur-Vienne on the banks of the river Vienne near its confluence with the Loire was closed when we pulled up but there was a sign on the door saying the key was available from the restaurant next door. I got the distinct feeling that he did not enjoy the responsibility of 'key-holder'. 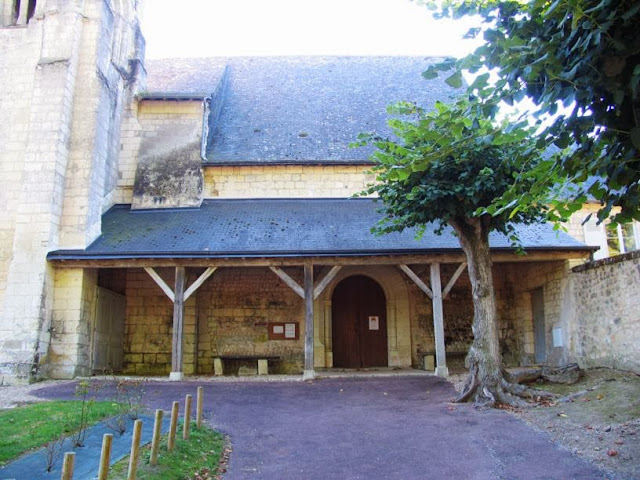 You enter the church via a door under a side porch,which was added in the 16th century, which takes you first, into the 11th century nave and then into the 12th century choir. There is a rather elaborate altar... 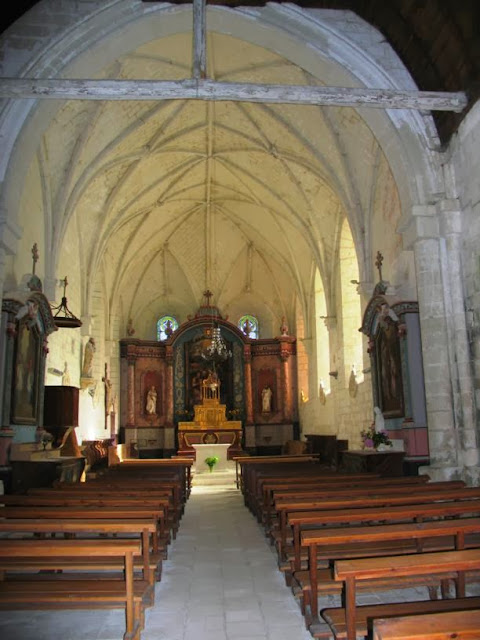 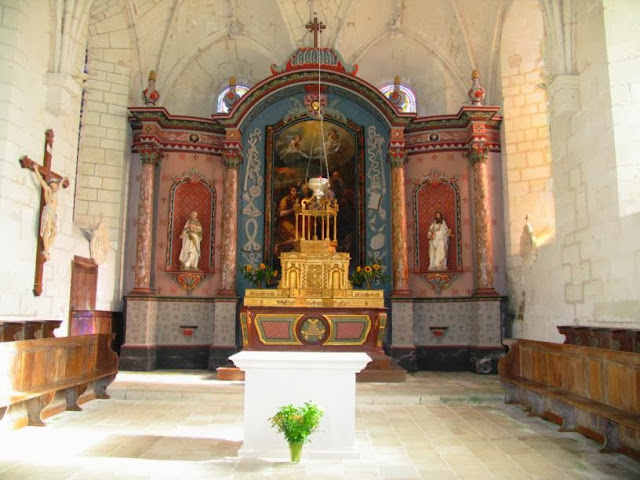 ...with some fine detail 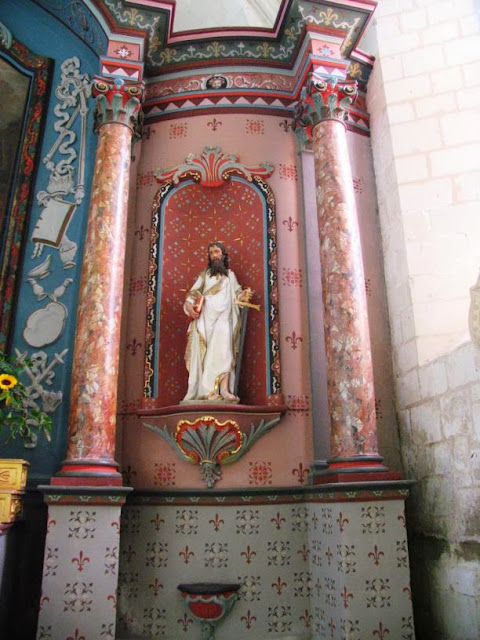 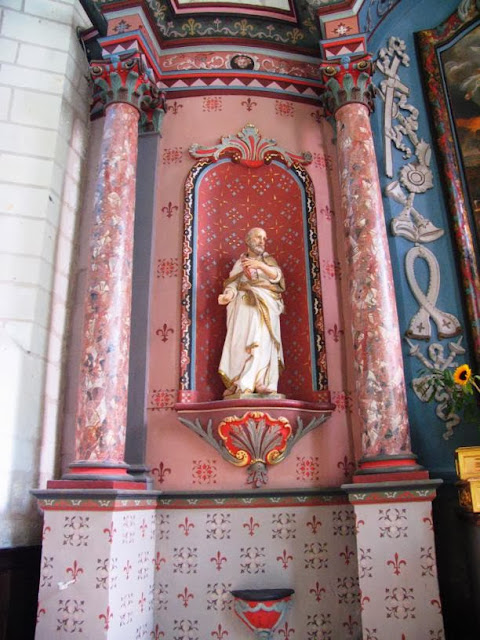 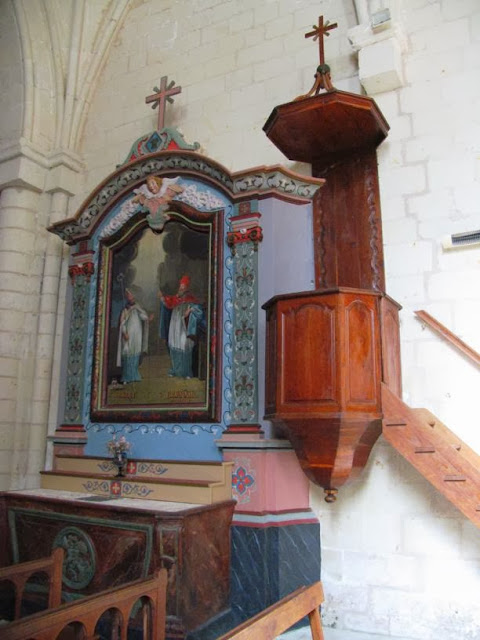 There are also two equally elaborate side altars. 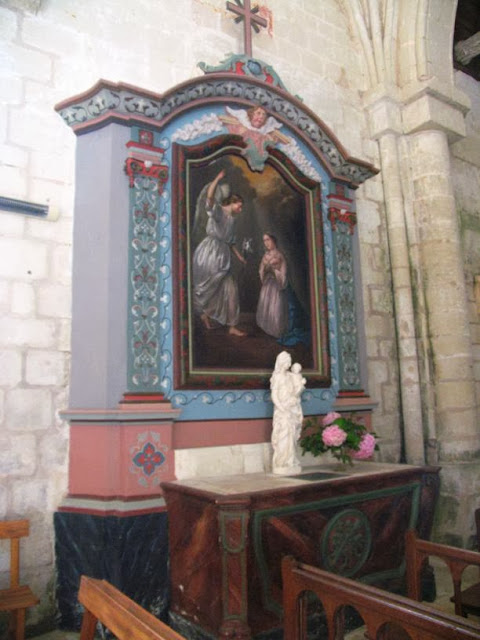 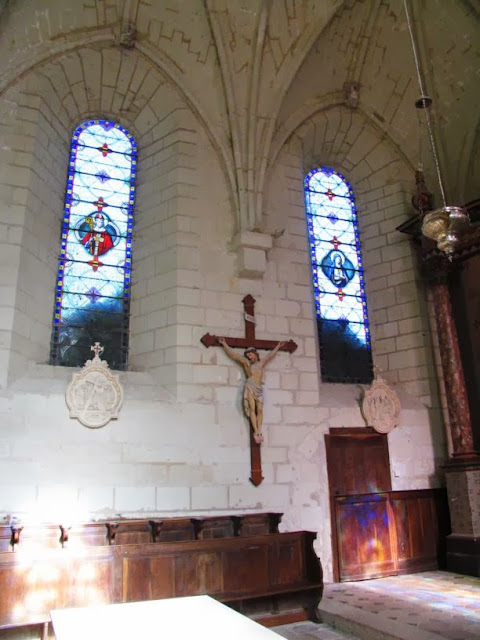 There are some nice examples of stained glass windows. 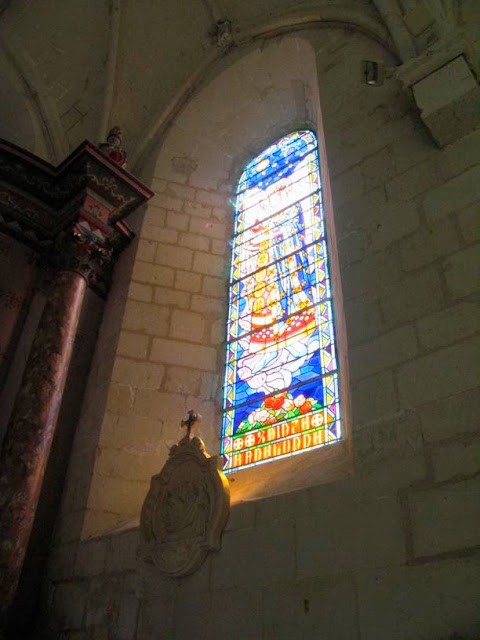 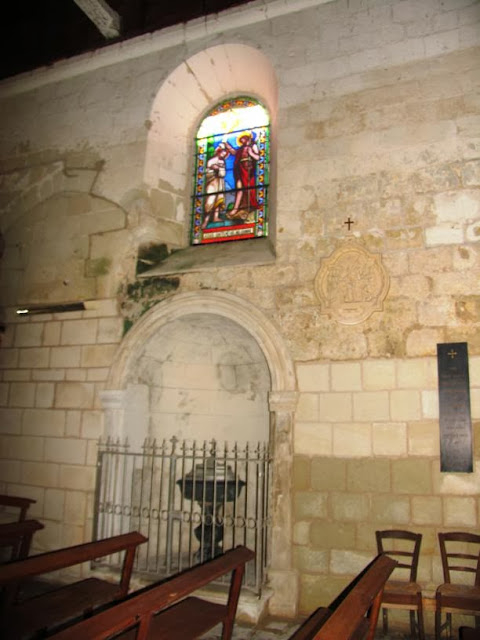 The 11th century nave has a wooden barrelled ceiling 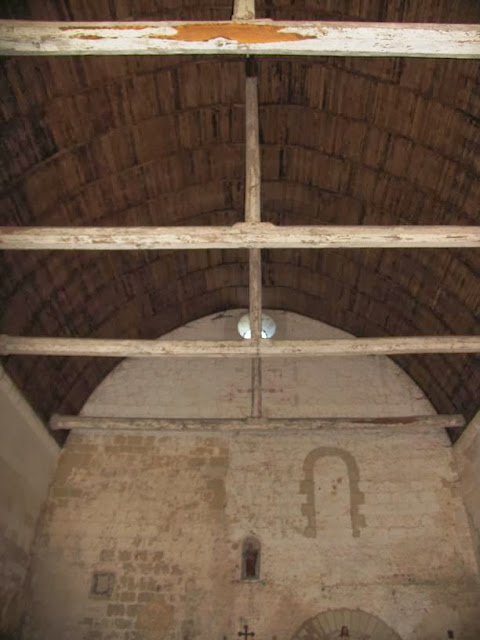 As you look back down the nave you cane see the evidence of earlier doorways and modifications. 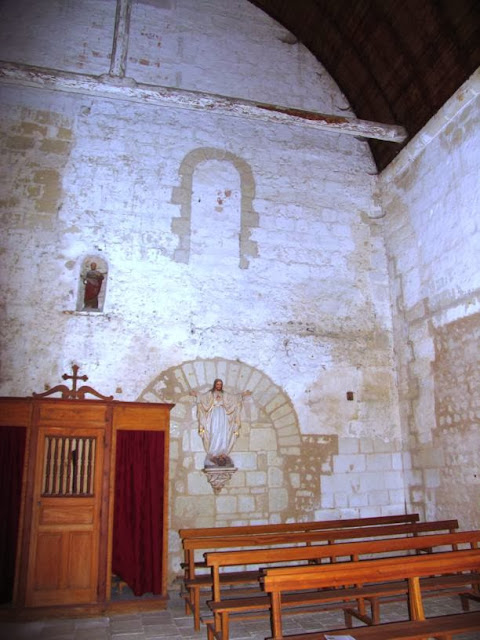 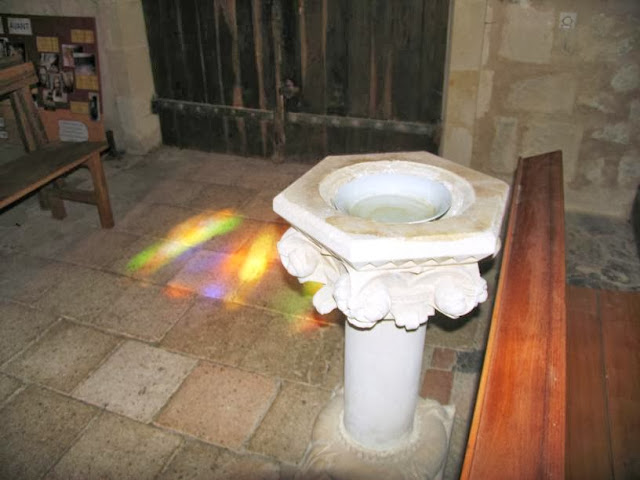 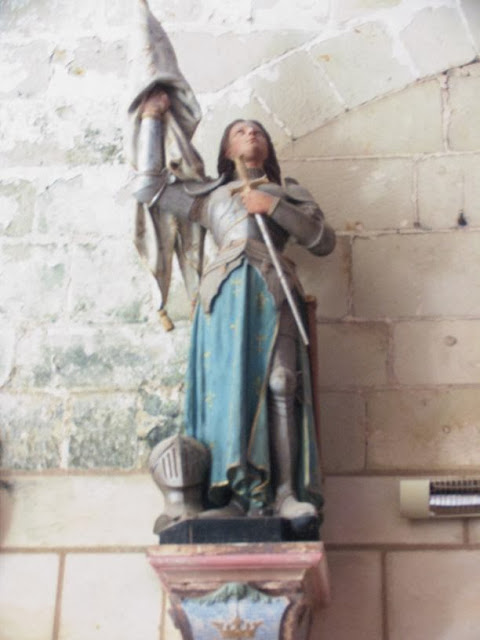 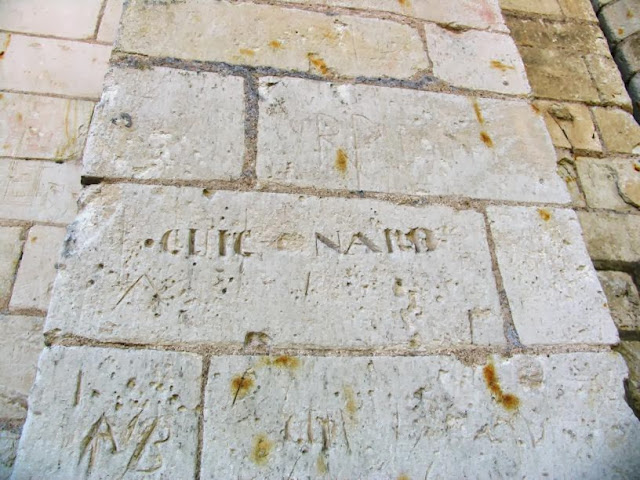 Externally the stonework has a story to tell...of a different time. 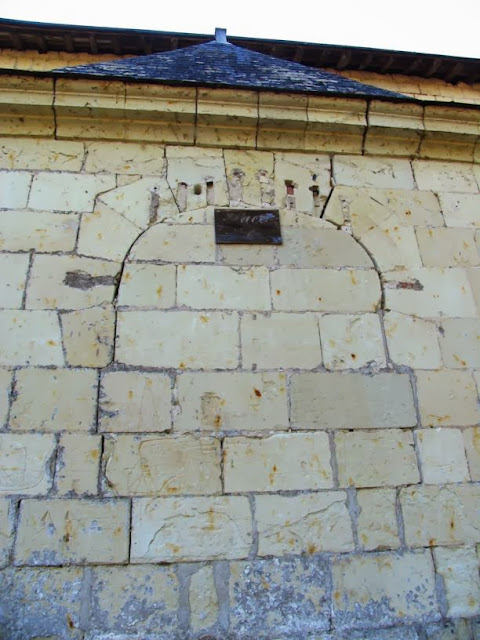 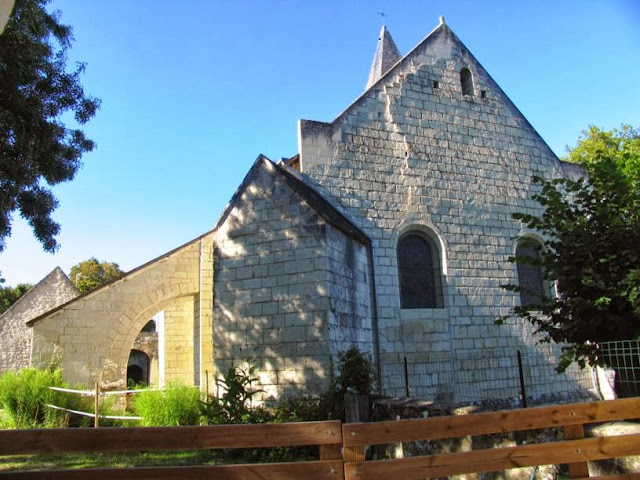 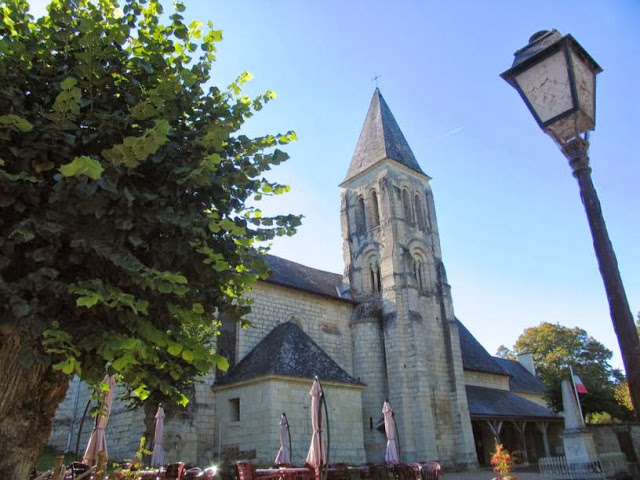 Email ThisBlogThis!Share to TwitterShare to FacebookShare to Pinterest
Labels: Church on Sunday, Saint-Germain-sur-Vienne