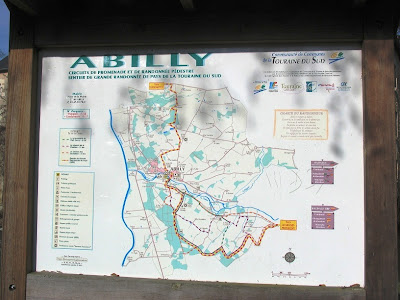 The village of Abilly is the the closest neighbour to Le Grand Pressigny and although we have driven through it many many times and visited its 'Jam festival' we had never tried any of the walks -we thought it was time to change this. The walks can be viewed on the little island park behind the mill (Ile de la Claise). There is a choice of 3 walks of 9,12 & 14km.. 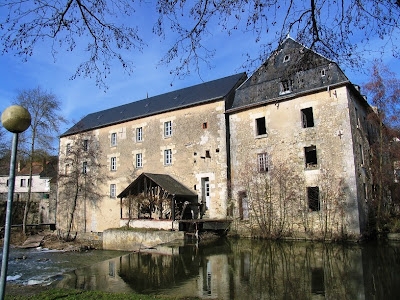 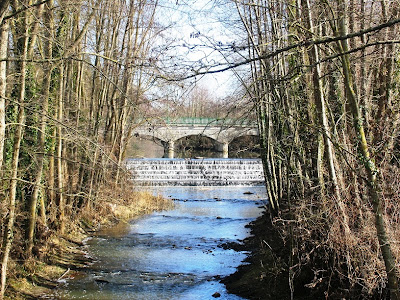 Looking towards the bridge and waterfall. 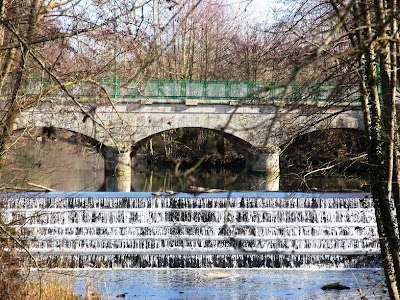 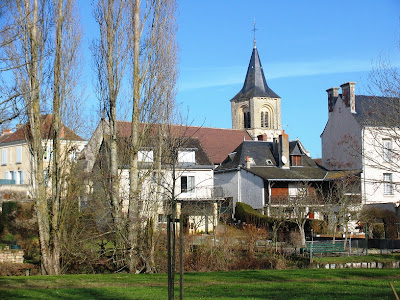 Looking back towards the village and 'Eglise Saint Martin' 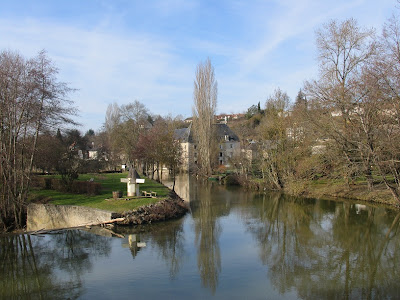 On the bridge looking back onto Ile de la Claise. 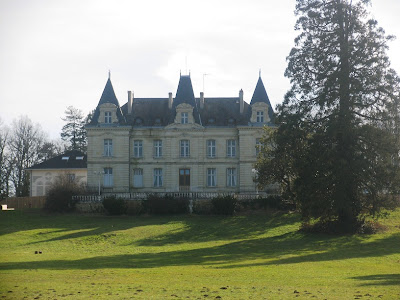 Chateau des Termelles on th outskirts of the village which I think was a retirement home for a while but may now have an English owner. 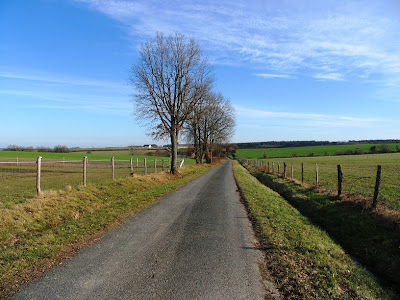 Up the hill into the open countryside. 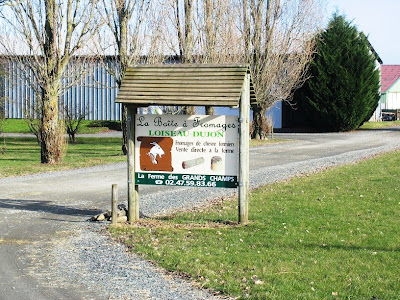 Past 'La Ferme des Grands Champs', Goat's cheese anyone? Beware of the dogs from the neighbouring house, large and noisy - Pauline didn't like them much! 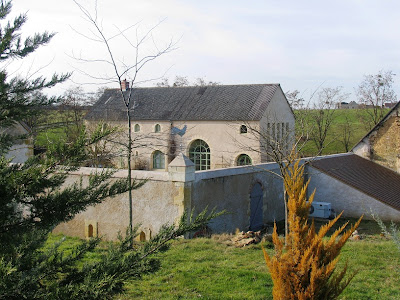 Interesting conversion en-route - but that roof - maybe a job for the future ! 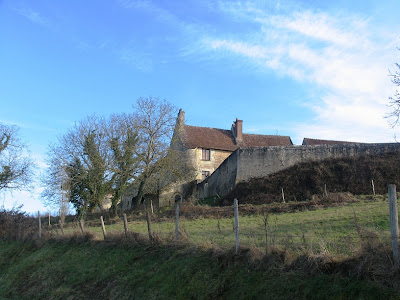 The Manoir de la Chatiere,out in the country is a private,though interesting collection of buildings from the 12 century onwards. A country pile perhaps? . 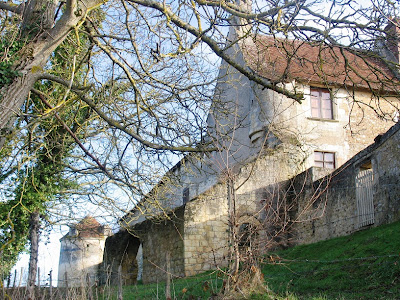 The round defensive tower has apparently been converted into a 'pigeonery' and is decorated inside with cat images (or so a 'local' told us) thus the name - but surely the name came first? 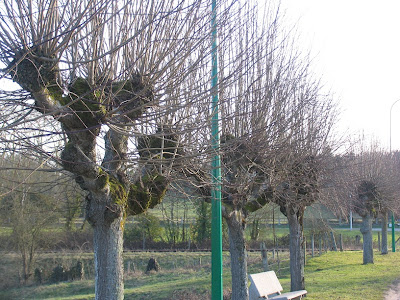 Back to the village where the trees on on Ave.des Termelles were having their annual pruning - I often wonder how they knew these particular trees could cope with such a vigorous cut back - it really is severe! 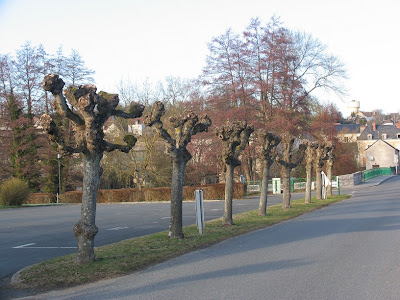 But it's a great look and we get to see the benefits later in the season.


Posted by Loire Valley experiences at 07:00

Email ThisBlogThis!Share to TwitterShare to FacebookShare to Pinterest
Labels: a walk around, Abilly, towns and villages, waiks, walking