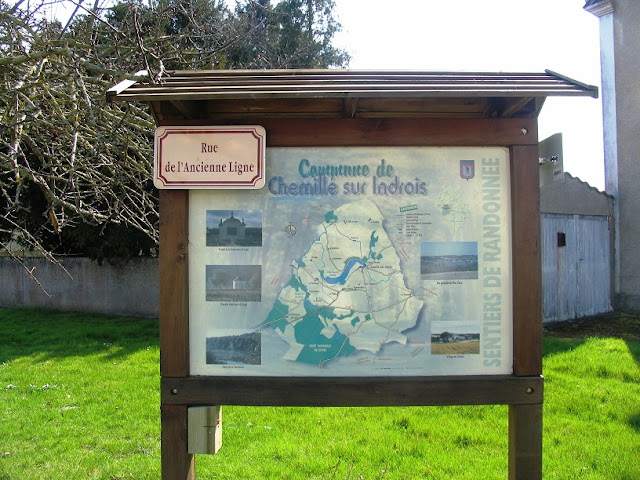 For our recent walk around Chemille sur Indrois we could not have picked a better day - spring sunshine at its best. We found the board easily enough but again were unsure where the start of the routes were. We picked the route that we thought started at the other side of the bridge on the Indrois.
. 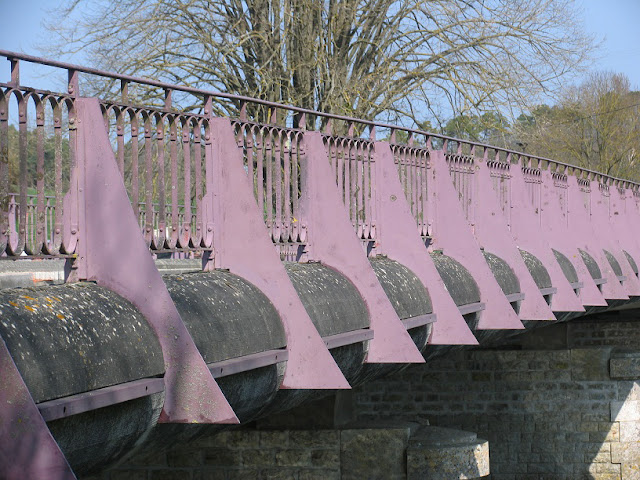 We crossed over the 'purple'bridge. 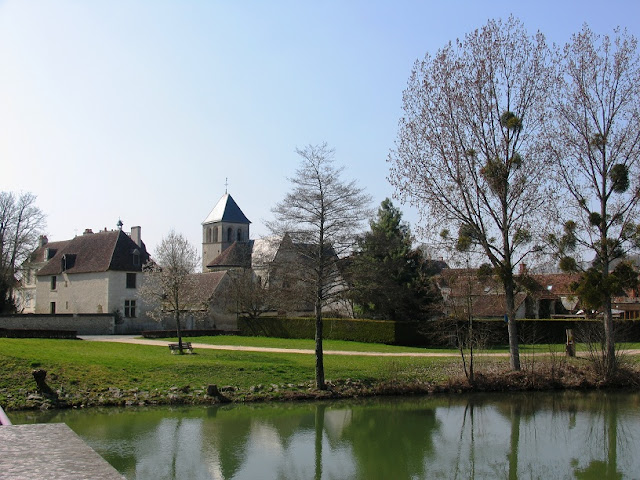 Looked back at the village... 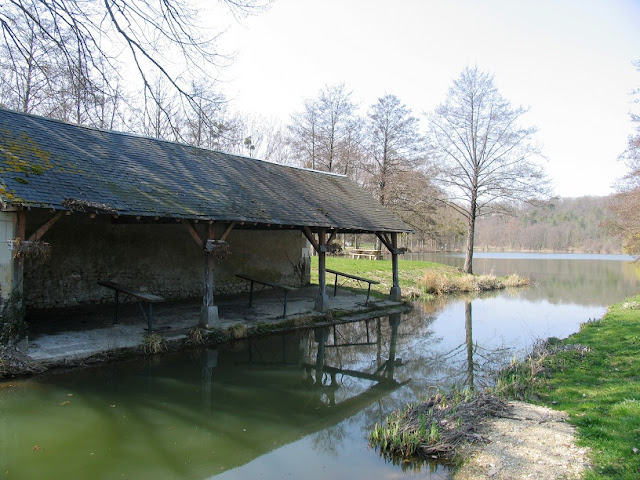 and on to the lavoir on the river. 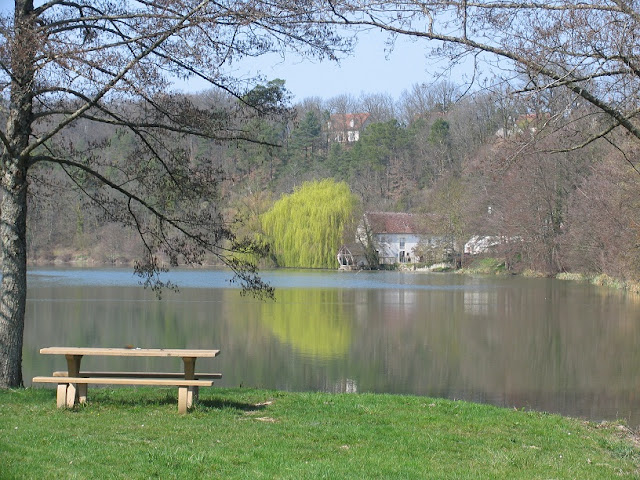 Then beyond that towards the restaurant 'Le Moulin de Chaude'. 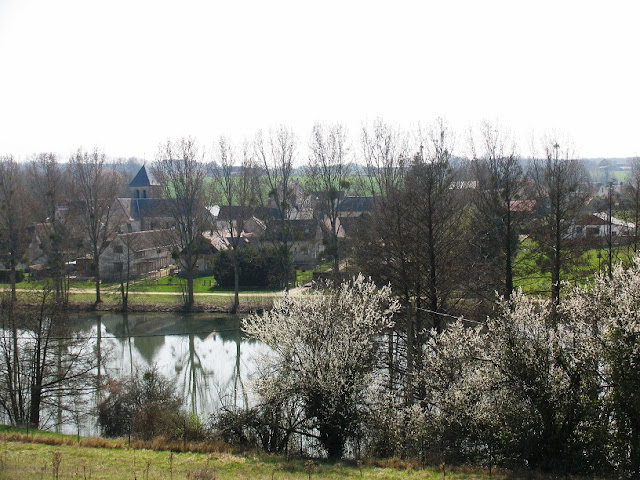 It was only after crossing the river that we picked up a route marker which took us up the hill in front of the restaurant  with great views down to the lake. 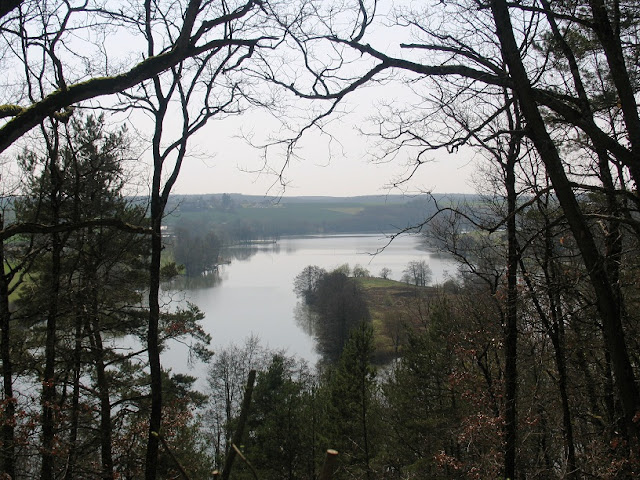 The higher we climbed the greater the views 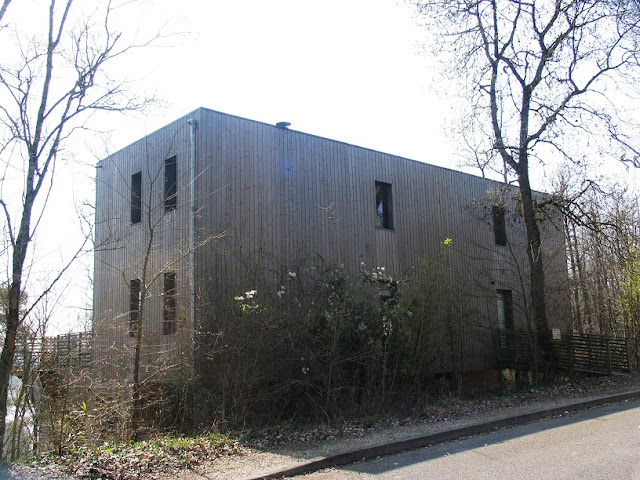 Well most of them!! 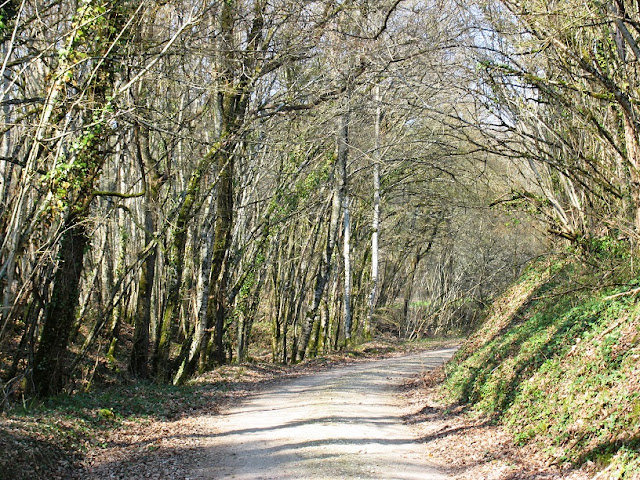 Just after the 'block house' we lost the markers  but it didn't matter  as we were just happy to be out there.After checking with a friendly 'local' we got back on track and headed into the woodland. 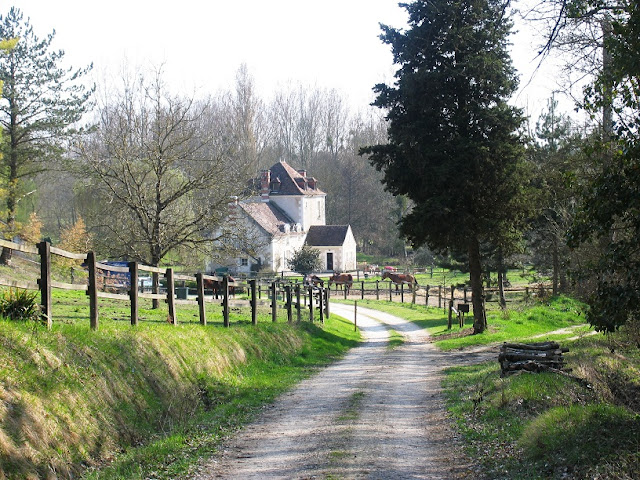 Down past some impressive stables... 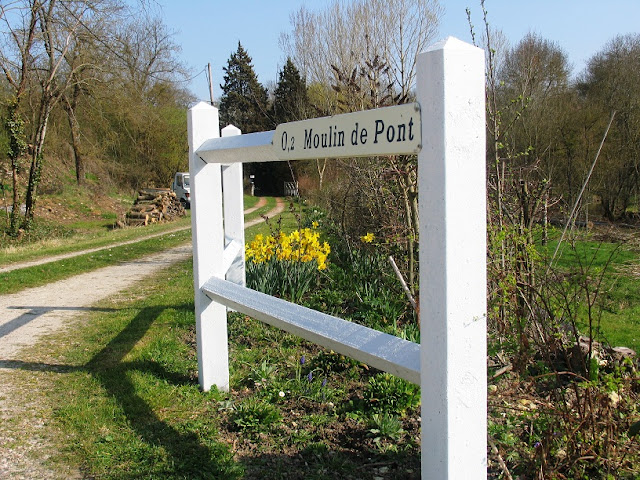 on to the 'Moulin de Pont'. 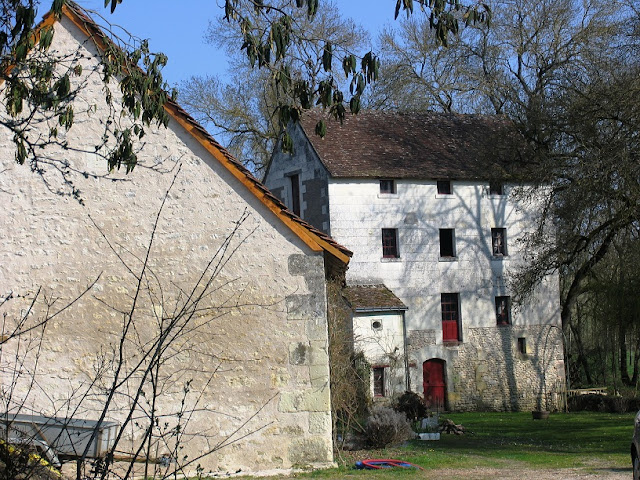 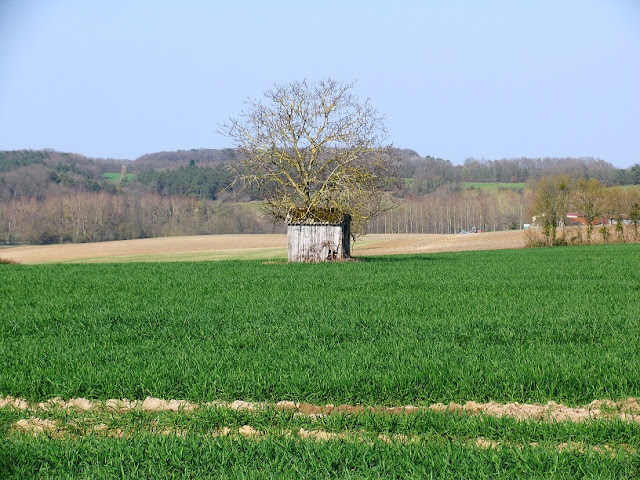 Then back out into lovely open undulating countryside. 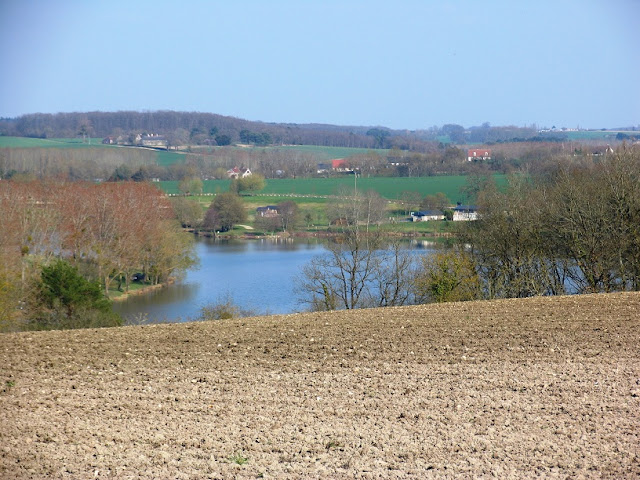 We eventually ended back on the other side of the lake... 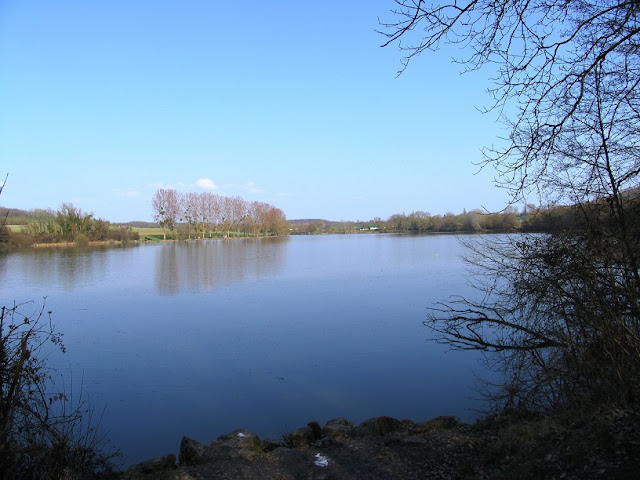 Which we walked around before we headed back into the village.