We had 'visited' the village of Chambon (just off the D750 outside Barrou ) before to have lunch at the 'Le Vieux Fournil; (must do that post) but on the face of it there was not a great deal more to see. We did however decide to do one of the planned walks around the village and are glad we did. 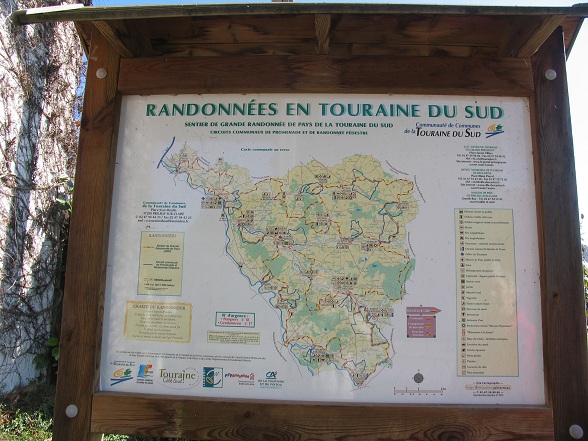 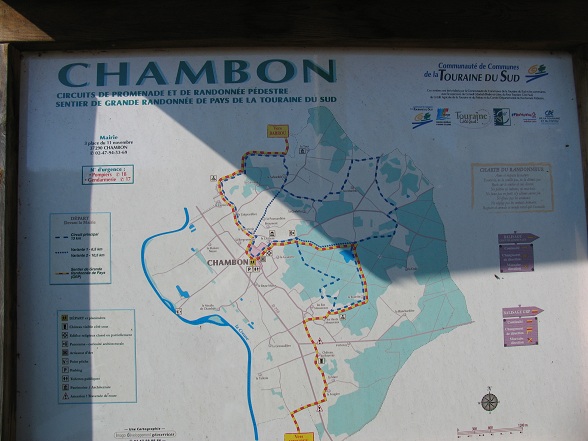 We parked in the car park opposite the restaurant where the ever useful sign for local walks was posted only the sign was for the whole of Touraine Sud and lacking in detail.We shouldn't really have been surprised that the local plan was actually behind it between a high hedge and the sign itself! 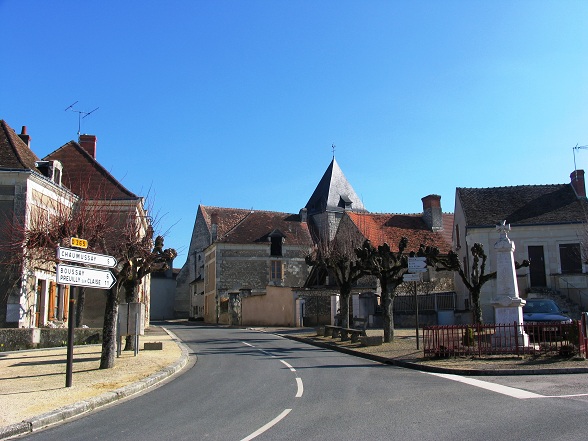 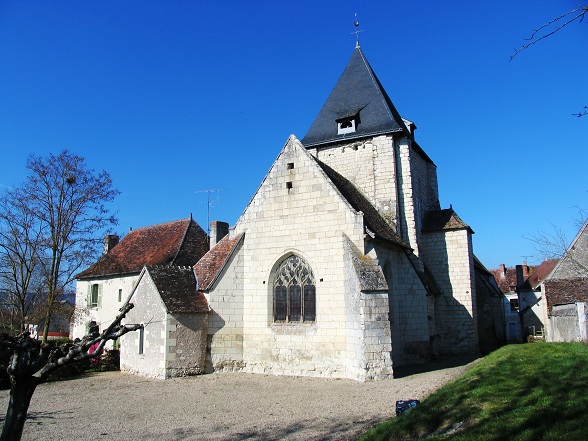 The Eglise Saint-Paul
The busy main street of the village - over 300 people actually live here! 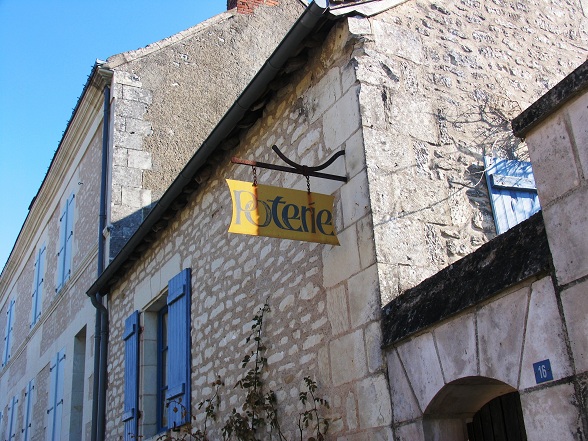 The local pottery which displays the work of Jacqeline and Bernard Courcoul to excellent effect. They had just drawn up outside as we were passing and invited us in (more later) - even though they were officially 'closed'- very kind. As it turns out Bernard is actually the Mayor of the village and gave us a little, much appreciated,'local knowledge' for our route. 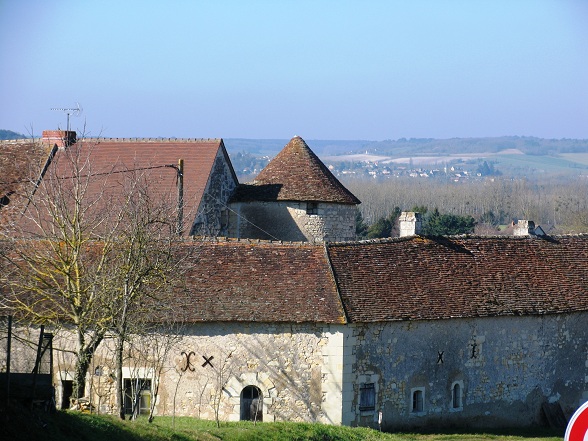 Not many people will know this 'chateau' as it now looks more like a farm but once it was a stately home. 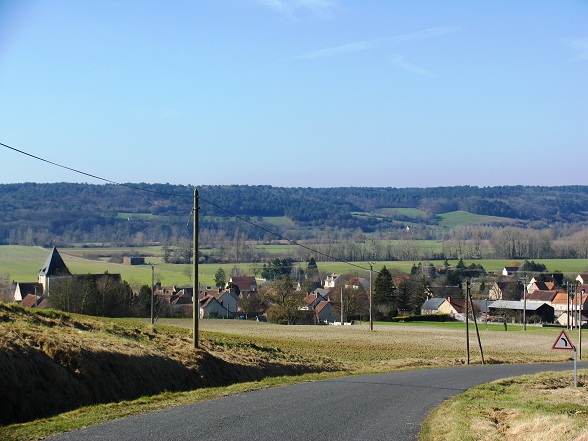 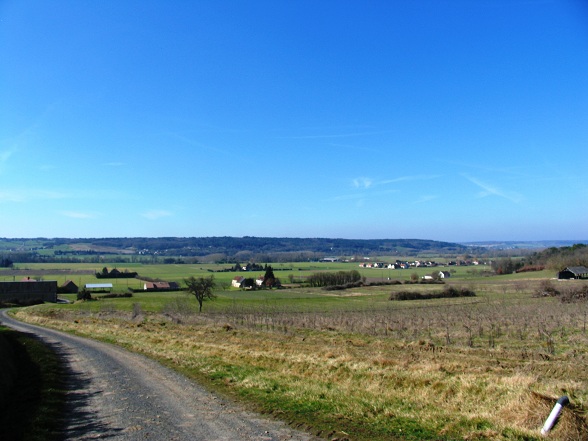 Looking back down the hill to the village 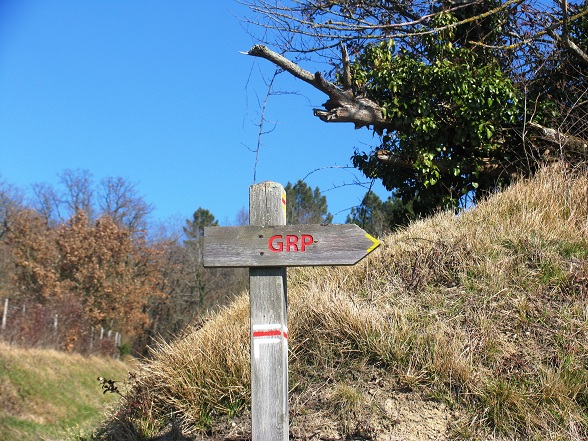 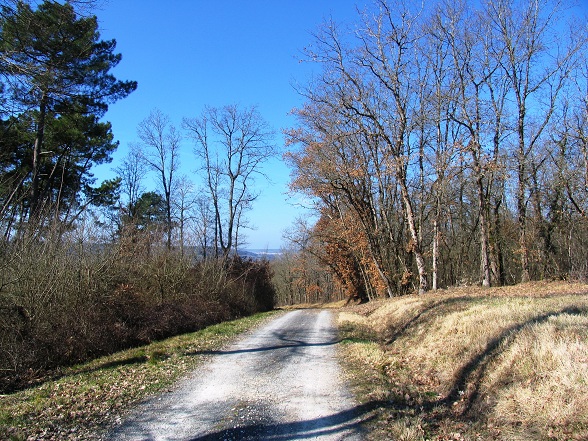 This way for all! 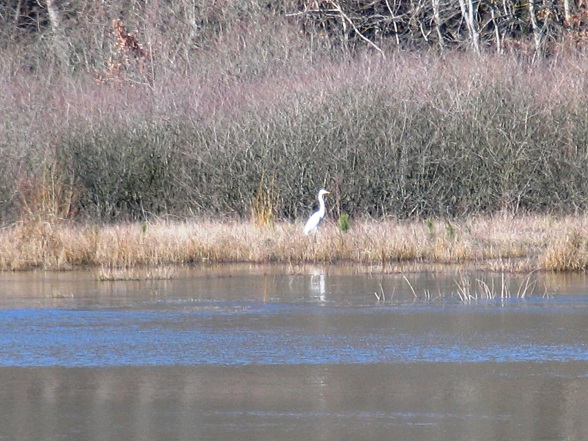 We noticed some movement on the opposite bank - how lucky are we!

Email ThisBlogThis!Share to TwitterShare to FacebookShare to Pinterest
Labels: a walk around, Loire, towns and villages