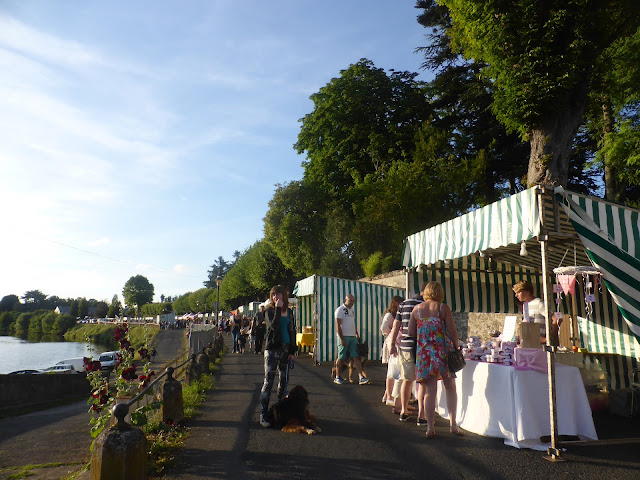 We went with friends last night to have a bite to eat and take in some live music at the ' Bar de la Saulaie' in Descartes last night. It was the town's.'Marche Nocturne' with the riverbank of the Creuse lined with stalls selling that odd mix of products you come to expect at these events. 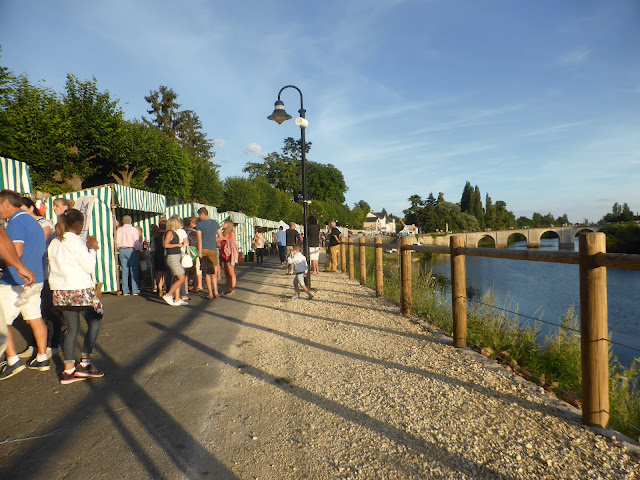 Music accompaniment was provided by Carine Archard, a singer pianist and songwriter,who was stuck in tent on the opposite side of the stalls with not a great deal of space between them, giving her little chance of building an audience. She was however being 'piped' along the street so you were still able to hear,if not see, her. 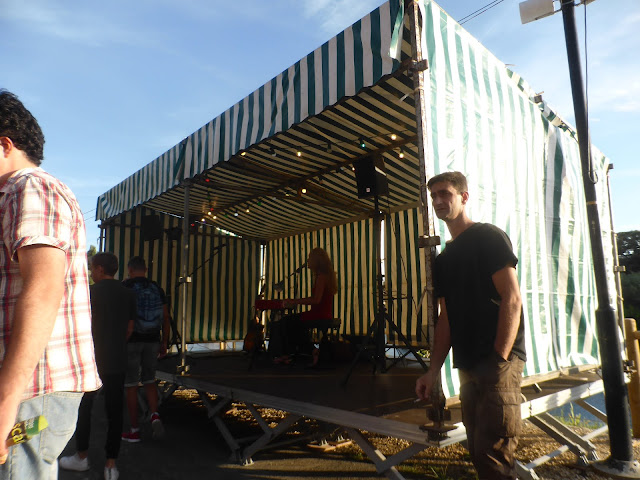 We were there to check out 'Rock' band 'Daria Embers' at what to me feels like an alternative event to the market. Food was good company was good but the band, who hail from Vouneuil-sur-Vienne, gave us a set of what I would describe as 'Indy rock' that, though played well enough, didn't do it enough for us to stay until the end.You can check them out on Youtube here 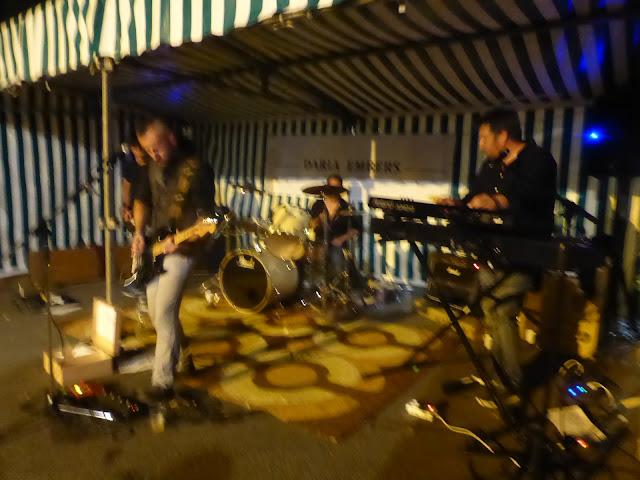 Interestingly as we made our way back to the car 'Carine' was still doing her thing...and it was 3 hours later.

Posted by Loire Valley experiences at 06:08