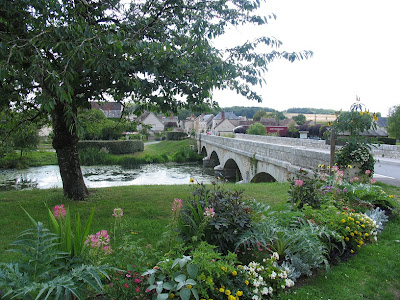 A summer walk we did last year around the small but charming village of Chaumussay with friends Mike and Liz turned out to a bit longer than we intended, This was, again, down to my lack of trekking skills and some confusing signage. The walk was to be a comfortable 7kms in the summer sun. 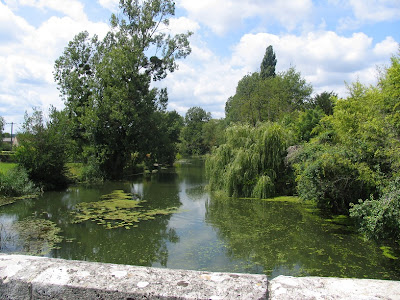 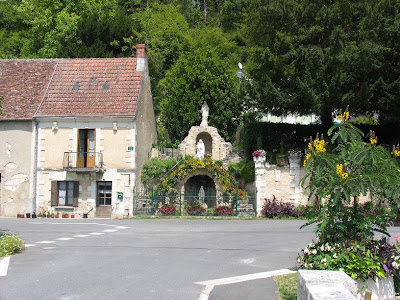 We started by walking across the bridge towards the rather elaborate grotto, which is dedicated to the baby Jesus. Why it is here?  I don't know and could find very little information on it. Possibly added as the village had been a place of pilgrimage for many years (right up to the early 70's) to worship at the village's own 'Calvary' on the hillside. It was important enough to be visited by the Archbishop of Tours in 1893. 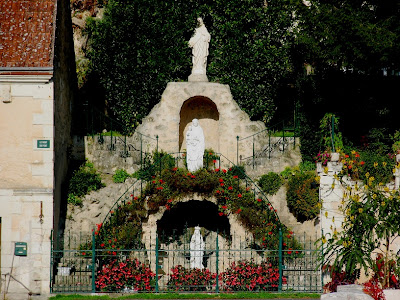 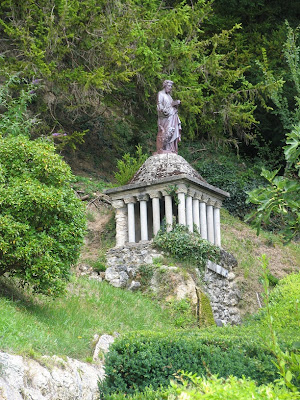 To the right of the grotto there is a rather grand small structure supporting a statue of St Mark standing over a well with, you will not be surprised to hear, miraculous healing powers.Did they stop working in the 70's? 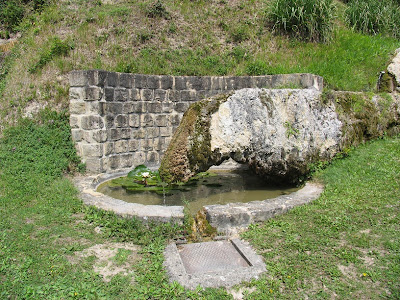 The water drops down to a pool below via a what is described locally as a 'camels head' formed by lime deposits - you can decide for yourself what you think it looks like. 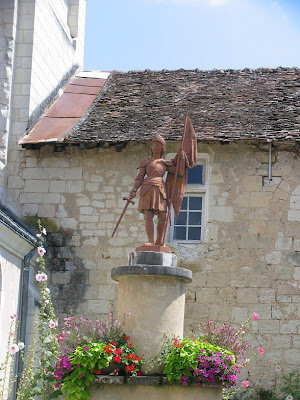 We returned back over the bridge past the 12th century church  with its 'Joan' statue standing guard to find the official starting point of the walk. 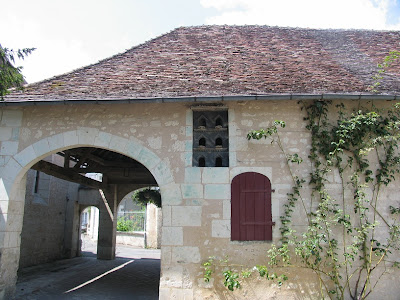 We passed by a former tithe barn with its rather fancy pigeonnier with its zinc façade. 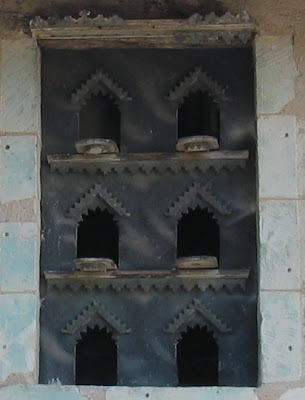 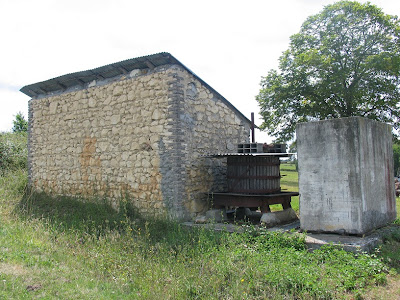 Now on the marked route, we headed out into the countryside, past an old wine press,,, 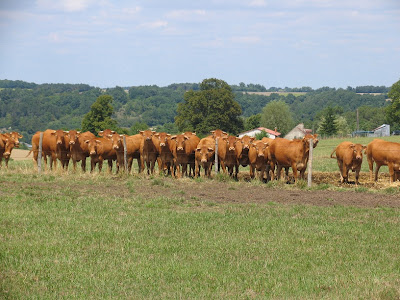 some curious on-lookers and on into woodlands. 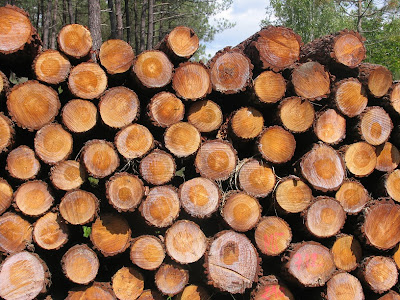 On reading our 'guide' we were promised panoramic views through a variety of clearings - but they never appeared. All we got was trees. My companions began to doubt my navigation skills (which have been well tested since) as we had already walked over 7kms and could see no sign of Chaumussay. We then realised that, as we were still following official markers,we had somehow strayed on to another walk. This was confirmed when  a little further on in the distance the village of Boussay appeared - wrong village! 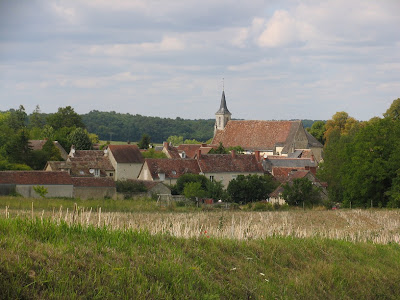 At least they had another opportunity to view the local chateau! 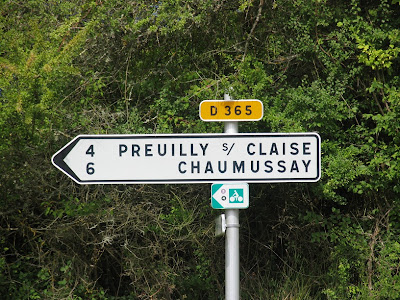 But it wasn't enough to make up for the realisation of what lay ahead!. 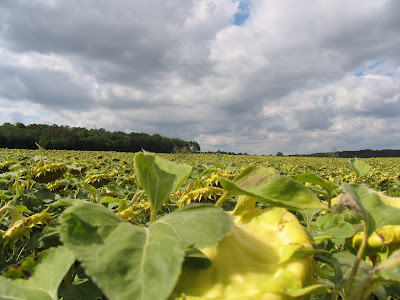 By the time we eventually  neared the end of our trek it was late -  even the sunflowers were nodding off.
Mike and I did the decent thing and pressed on in front to pick up the car and return for our very tired partners who said the only thing that kept them going was the promise of the bottle of chilled sparkling  'Mont -Louis' waiting to be uncorked back home!

Footnote,,,
After this expedition Mike put together a few survival tips here...
Posted by Loire Valley experiences at 07:00