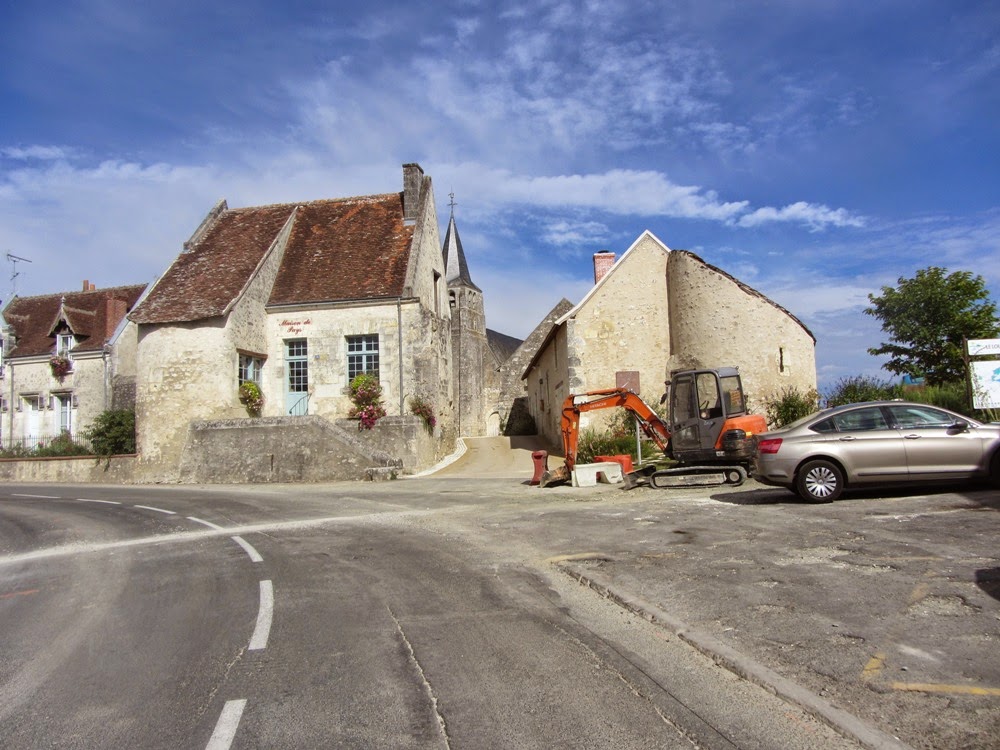 On Saturday afternoon we headed over to Le Louroux for our second Patrimoine visit of the weekend  to visit the normally closed priory. We met our guide for the visit at the small 'Maison de Pays' in front of the complex but instead of going straight in we headed over to the 60 hectare  etang (lake) at the other end of the village for the start of the tour. 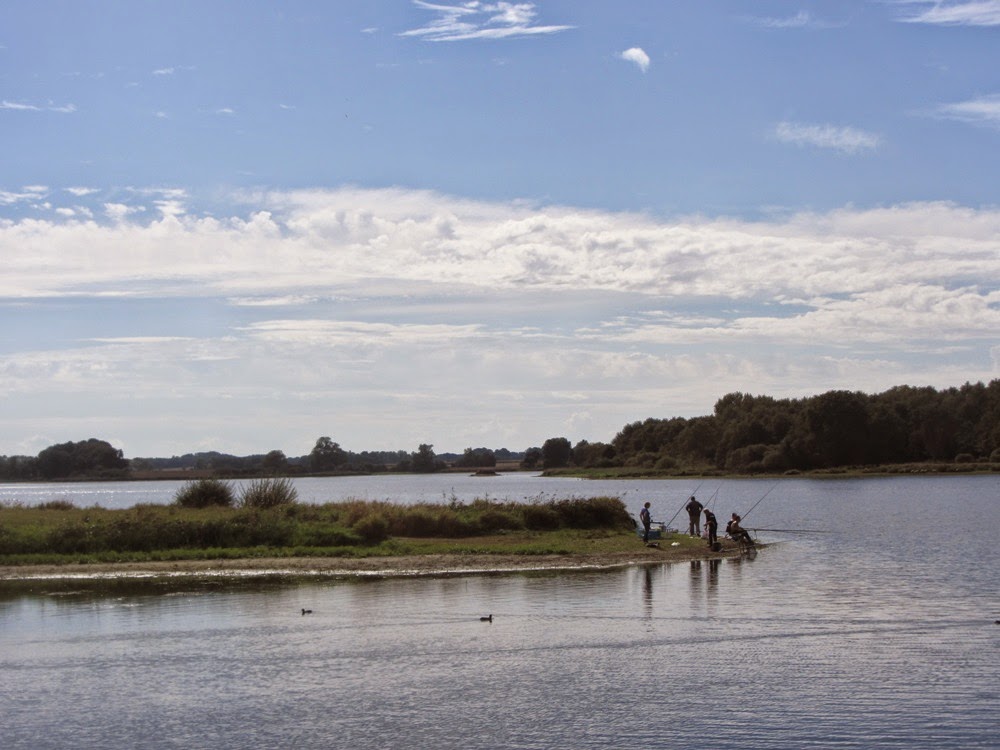 Our guide explained about the management plan for the lake which includes draining it through a sluice gate and down through a series of grading fences to catch the different sizes of fish. 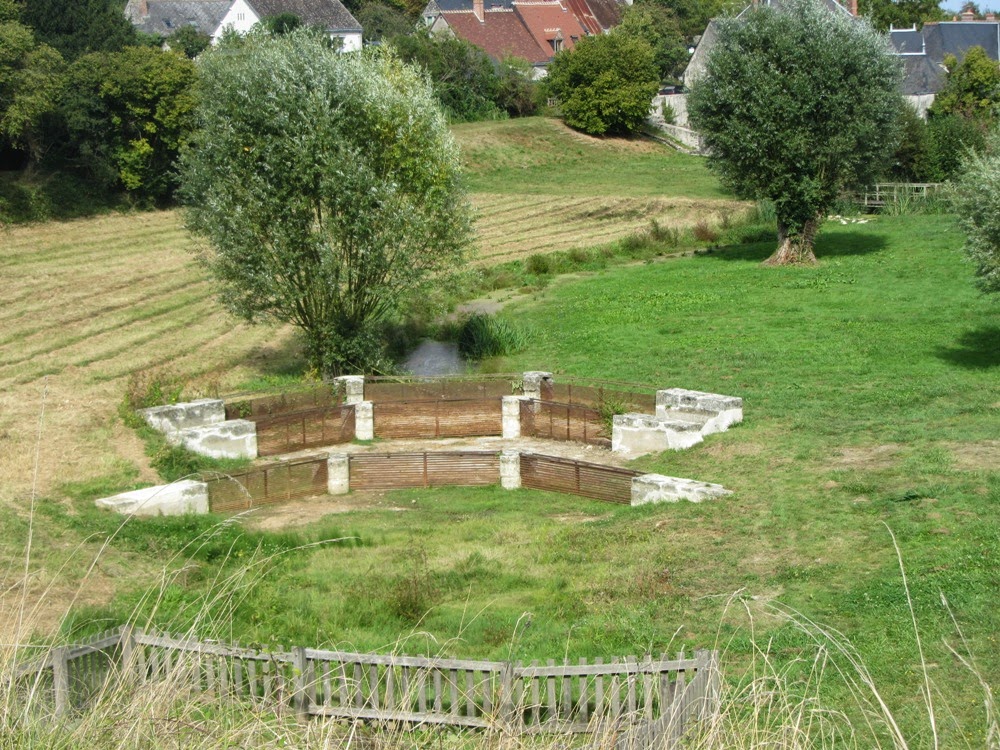 She lead us down the route the water would take when it used to power the watermill... 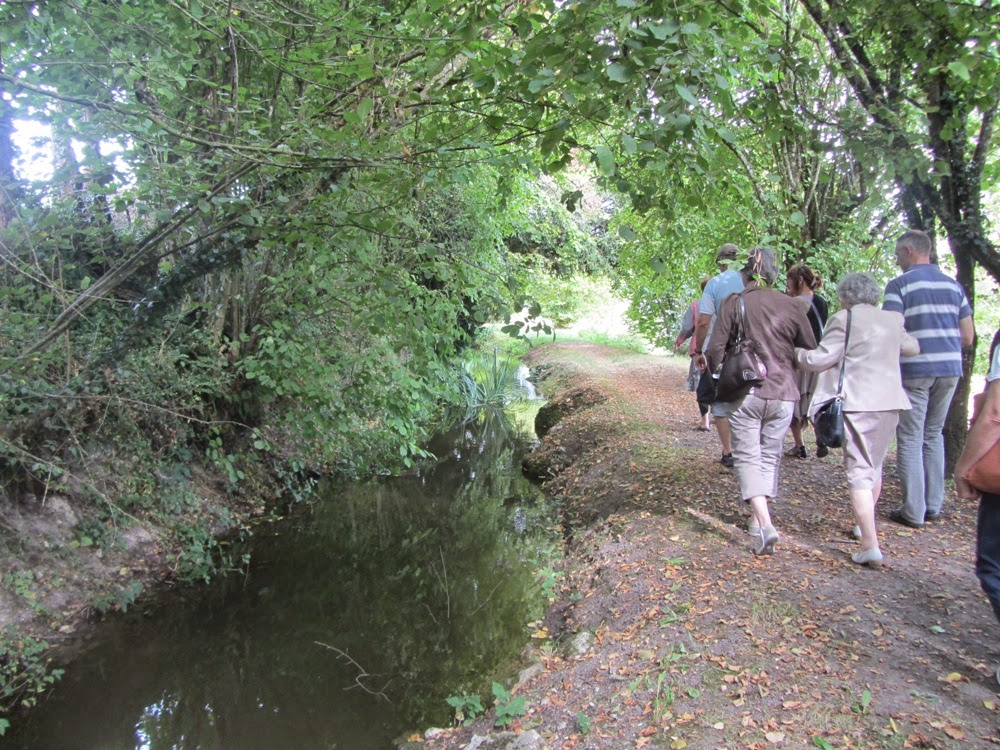 it then drops down a steep incline to allow it to pick up momentum... 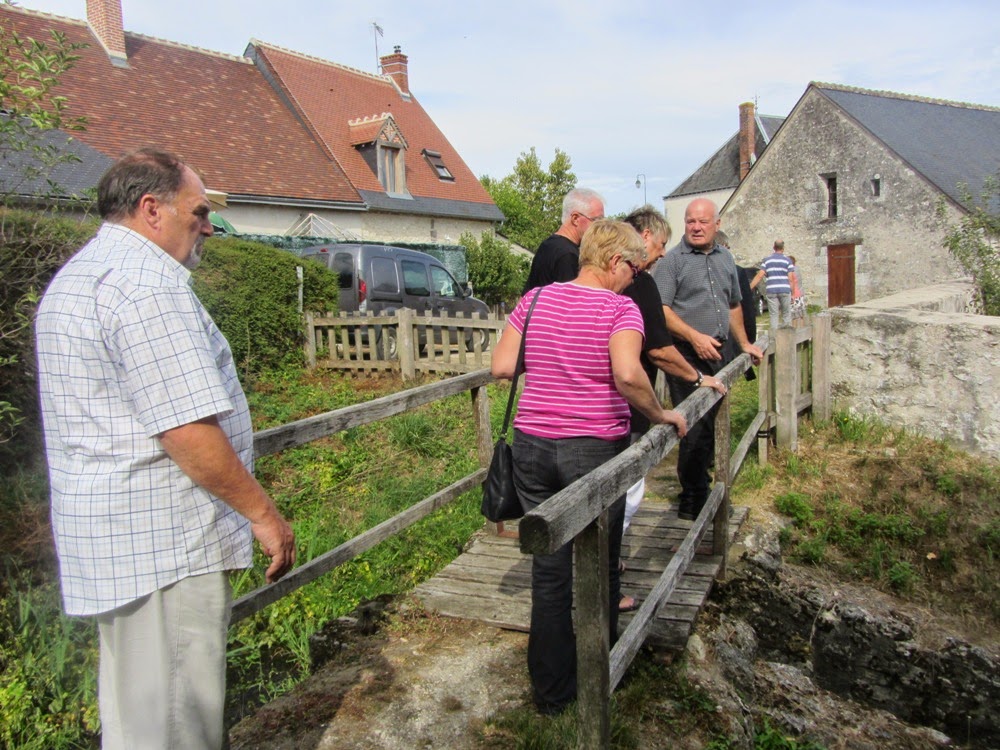 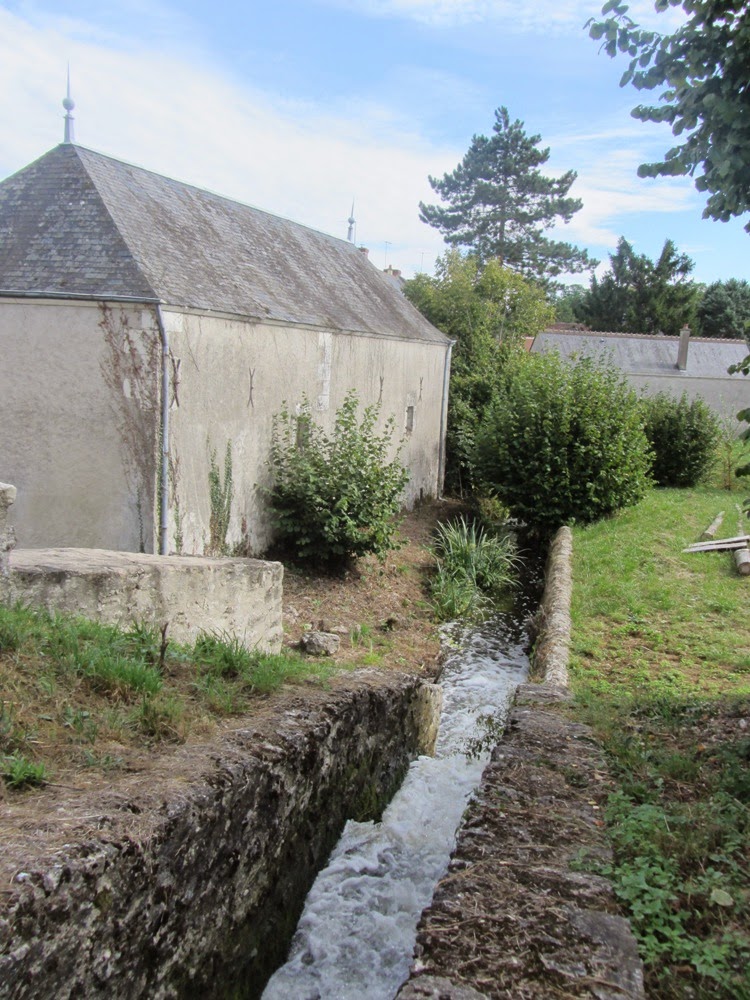 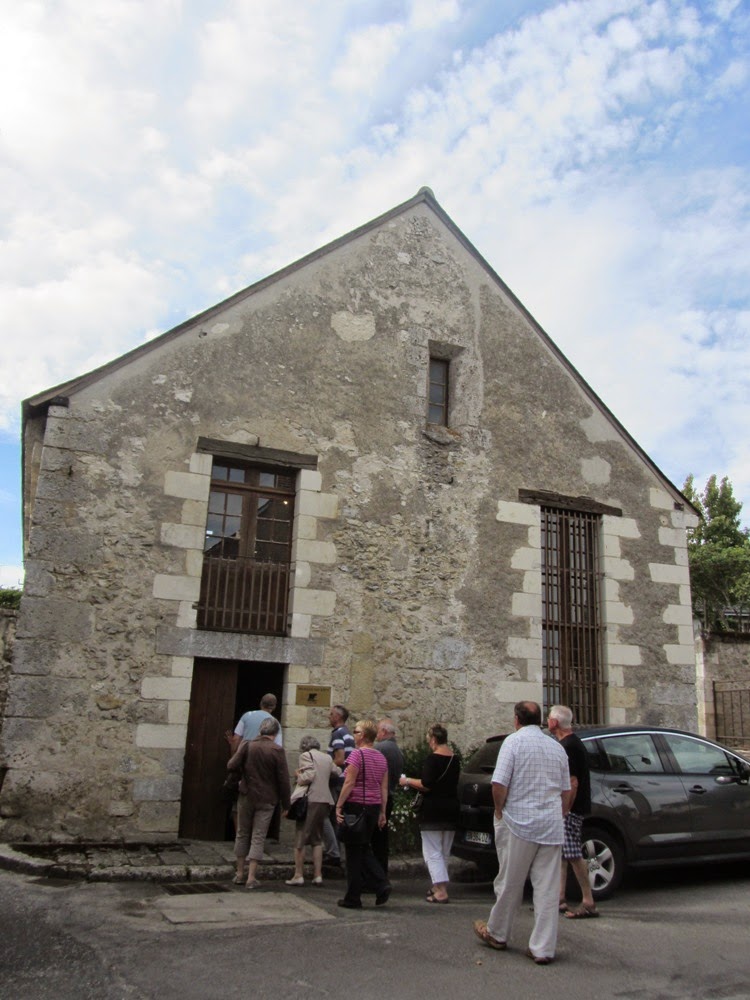 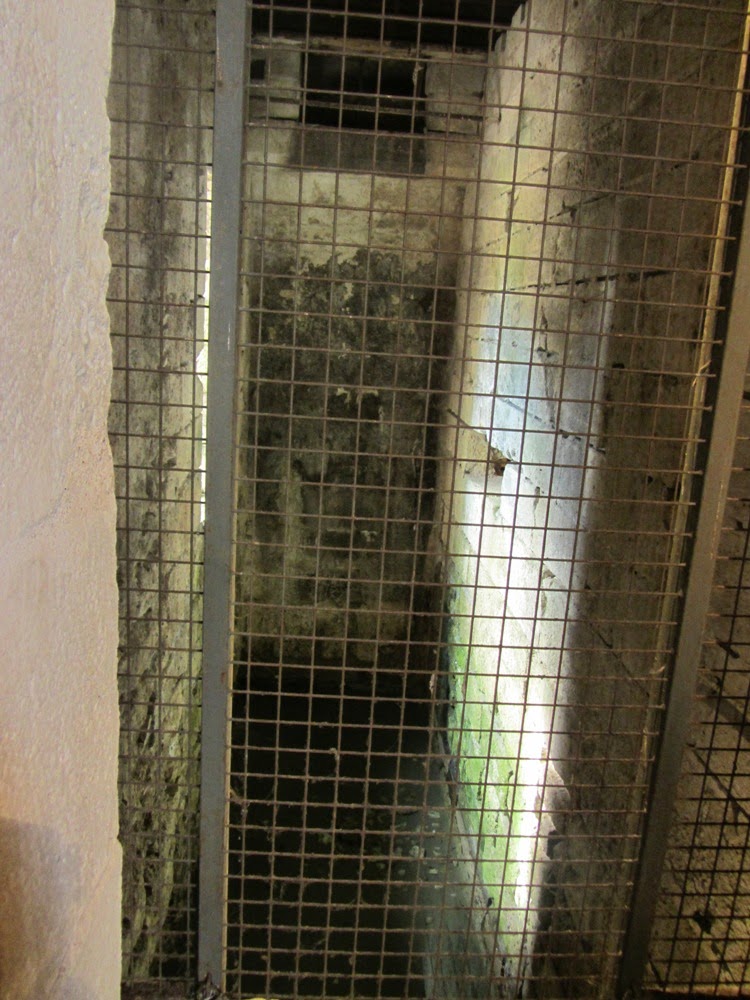 This is where the waterwheel would have been housed but sadly it is no longer there. 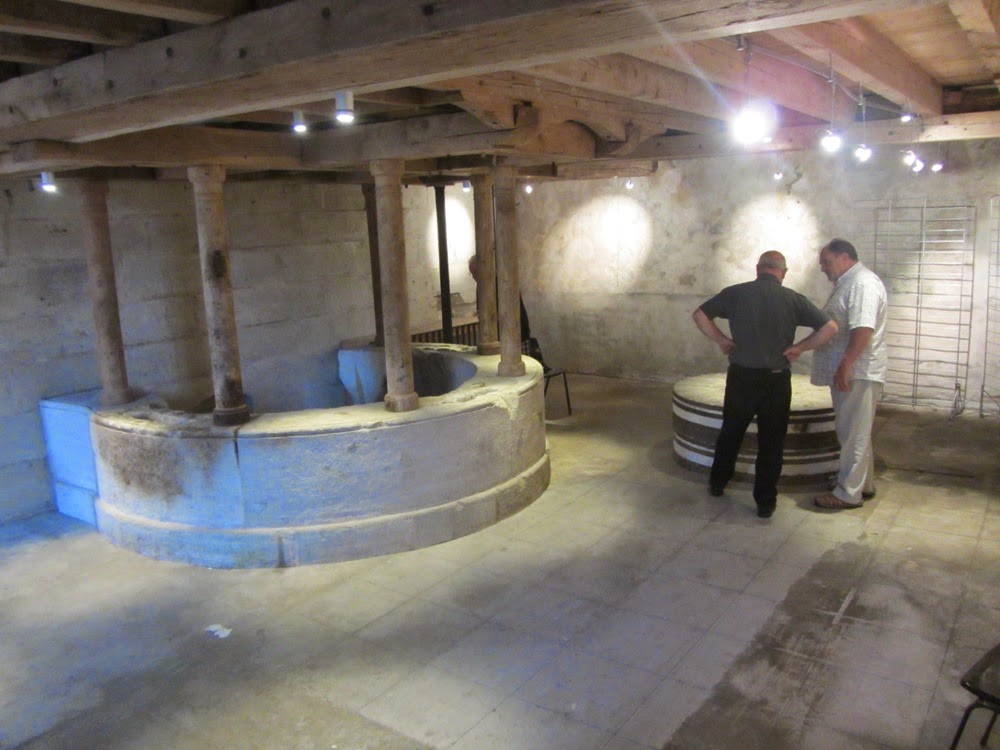 You do get to see some of the mechanism plus the millstone. 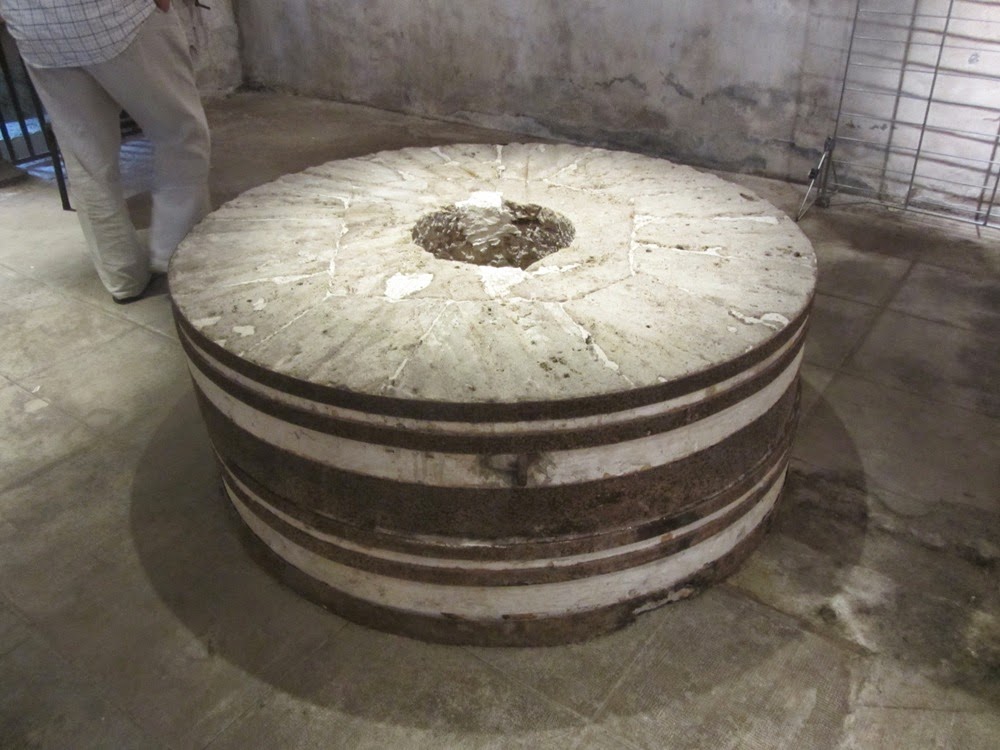 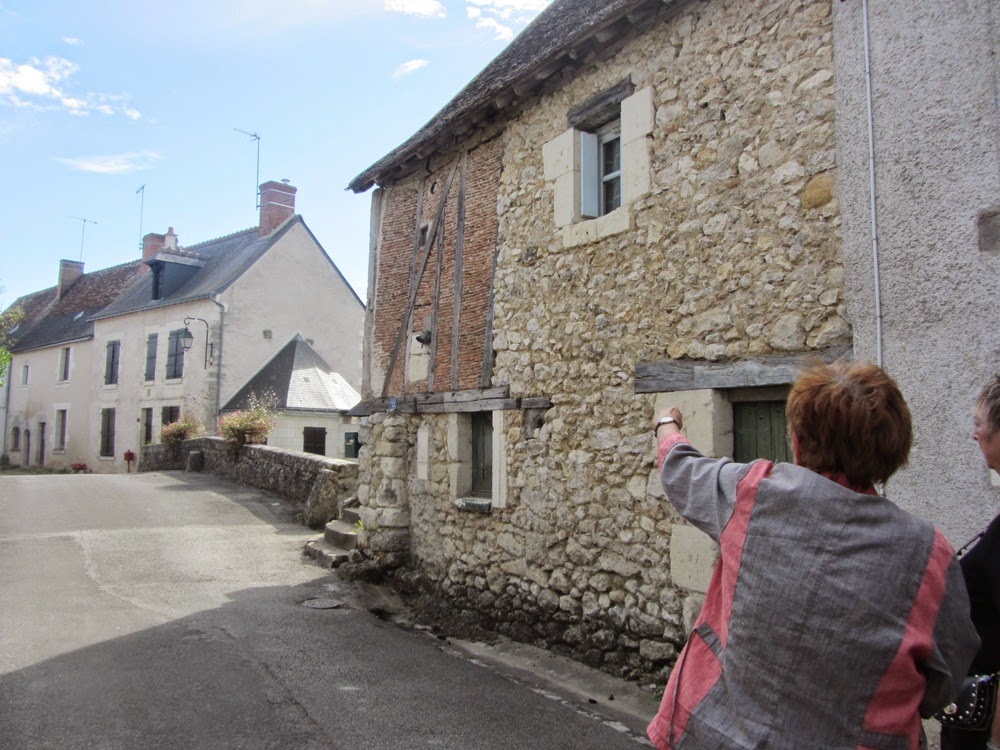 From the mill we were taken along the former main street of the village which has some charming houses dating back to the 17th century and... 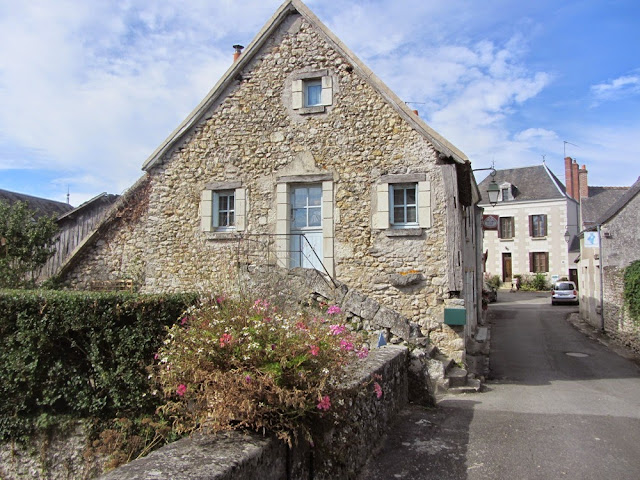 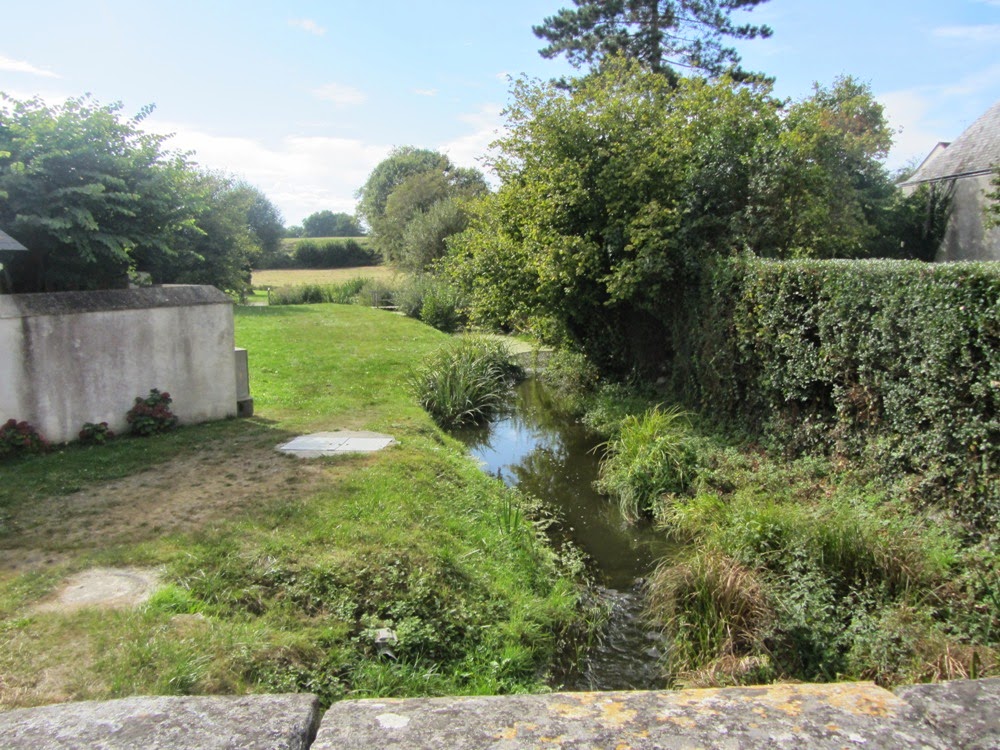 ...over the 15th century bridge with its Gothic arches. 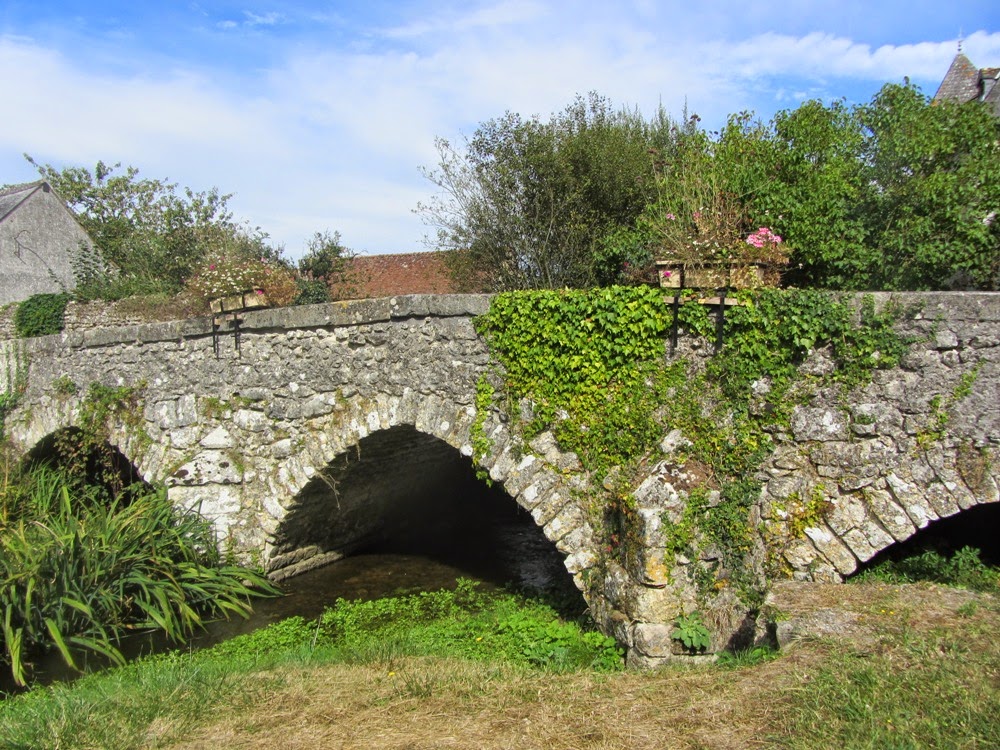 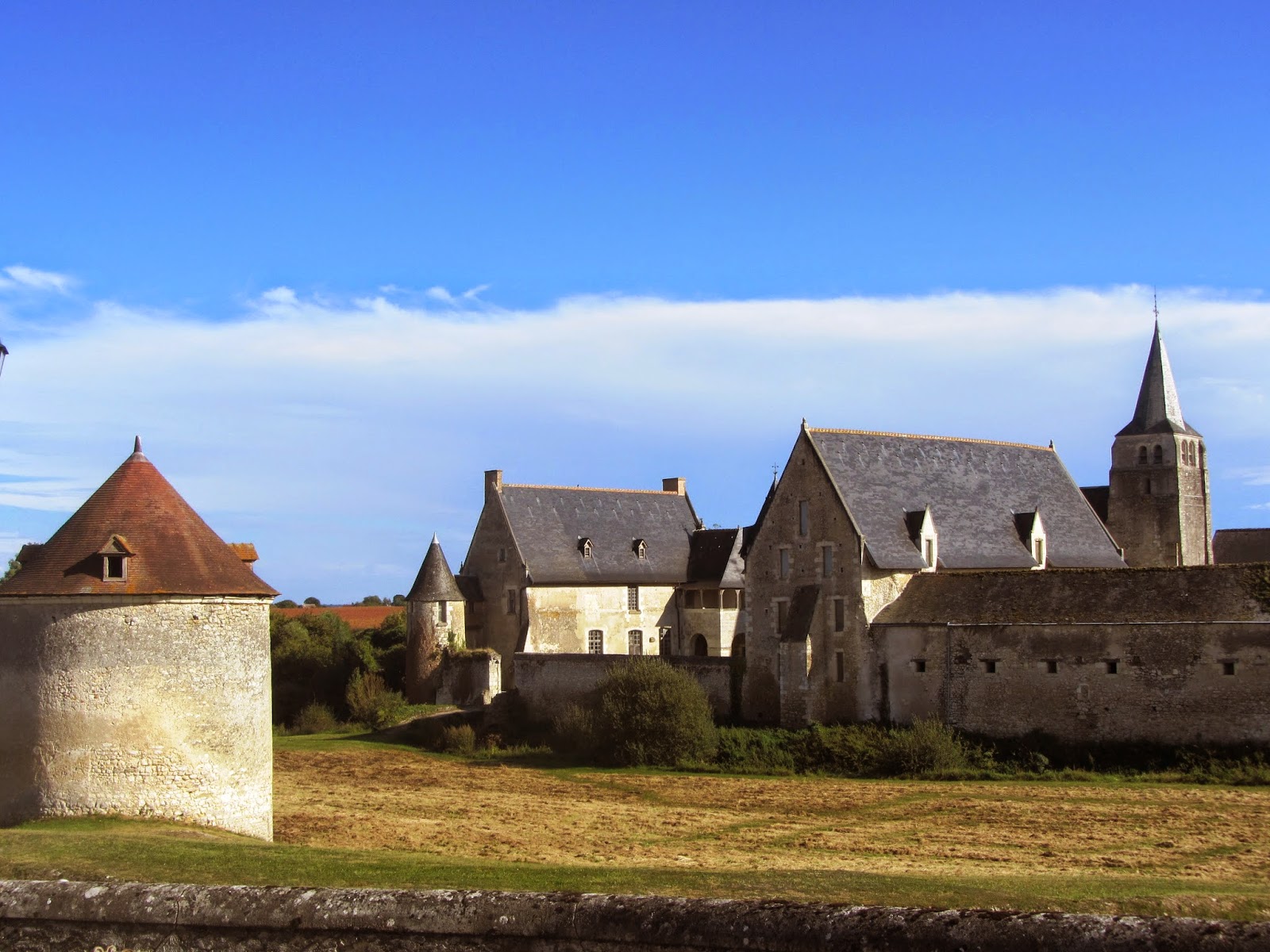 From there we headed back over to the priory farmand started with a visit to the church. 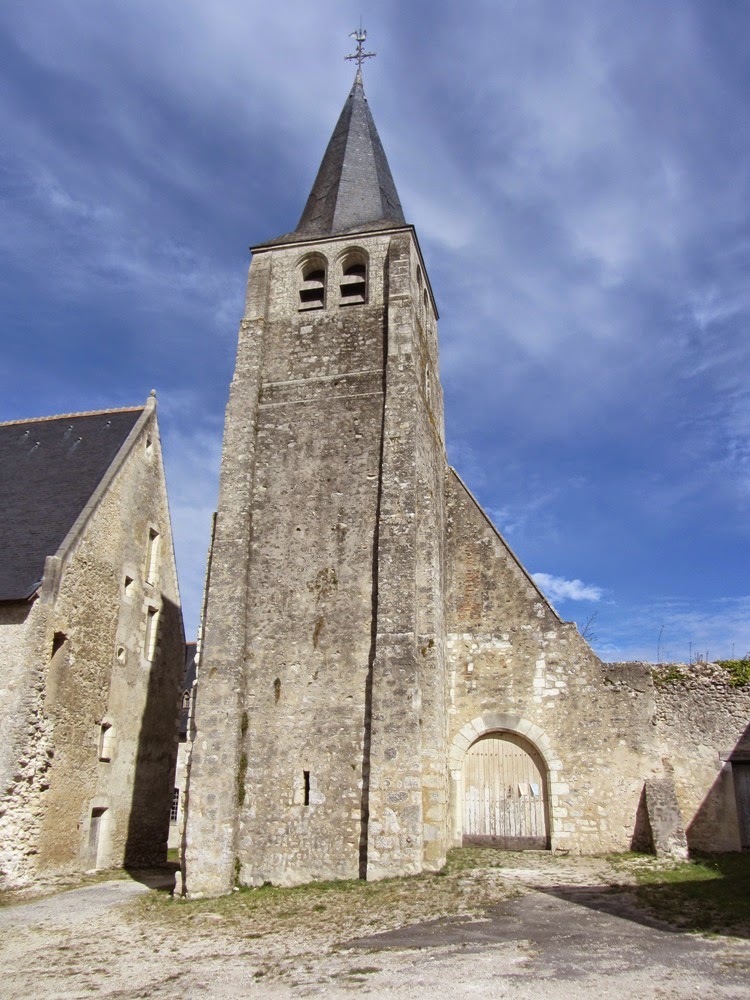 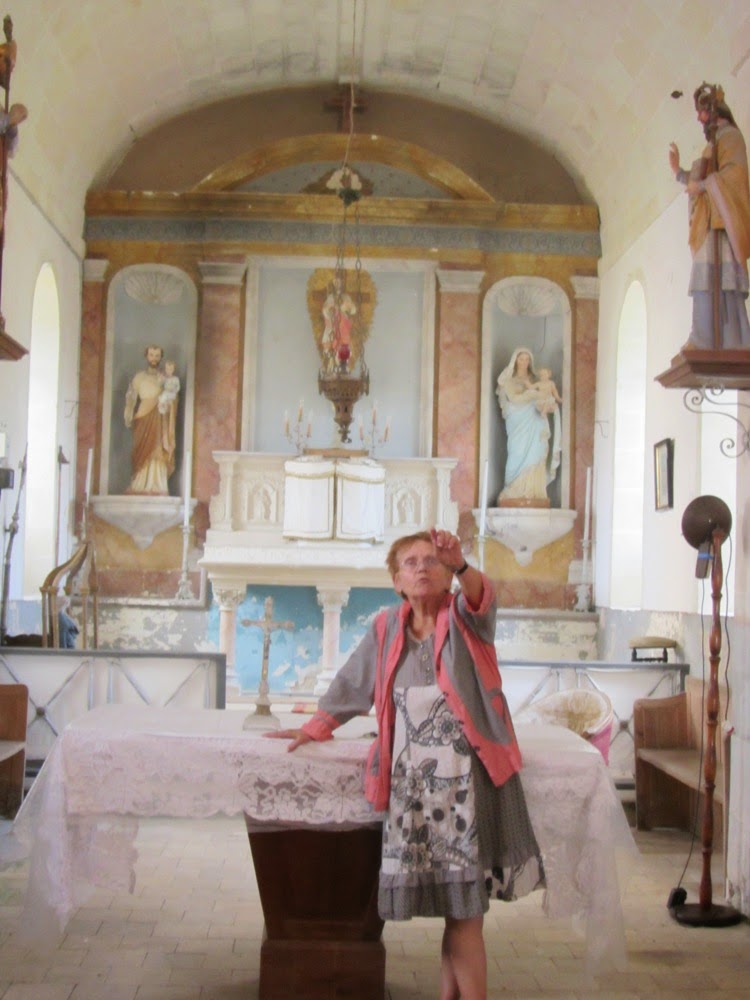 Our guides enthusiasm was unwavering. 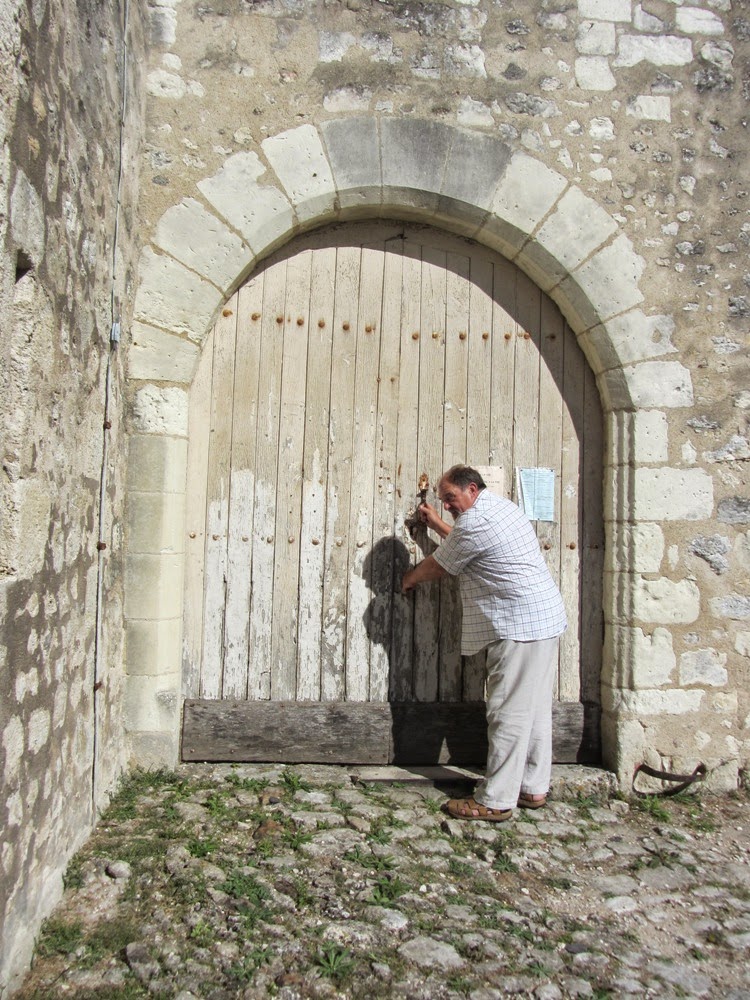 Our friend Denis was given the responsiblity of locking up after our visit. 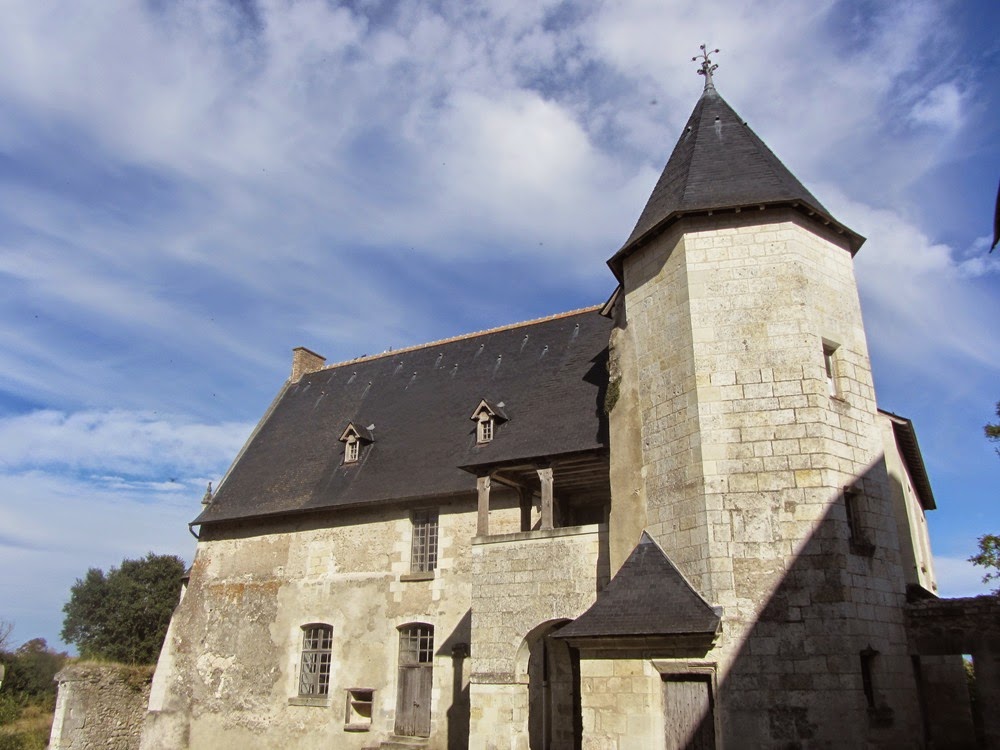 The church is one of several buildings within the fortified priory farm,on the visit we were allowed inside the building that would have been the monk's dormitory... 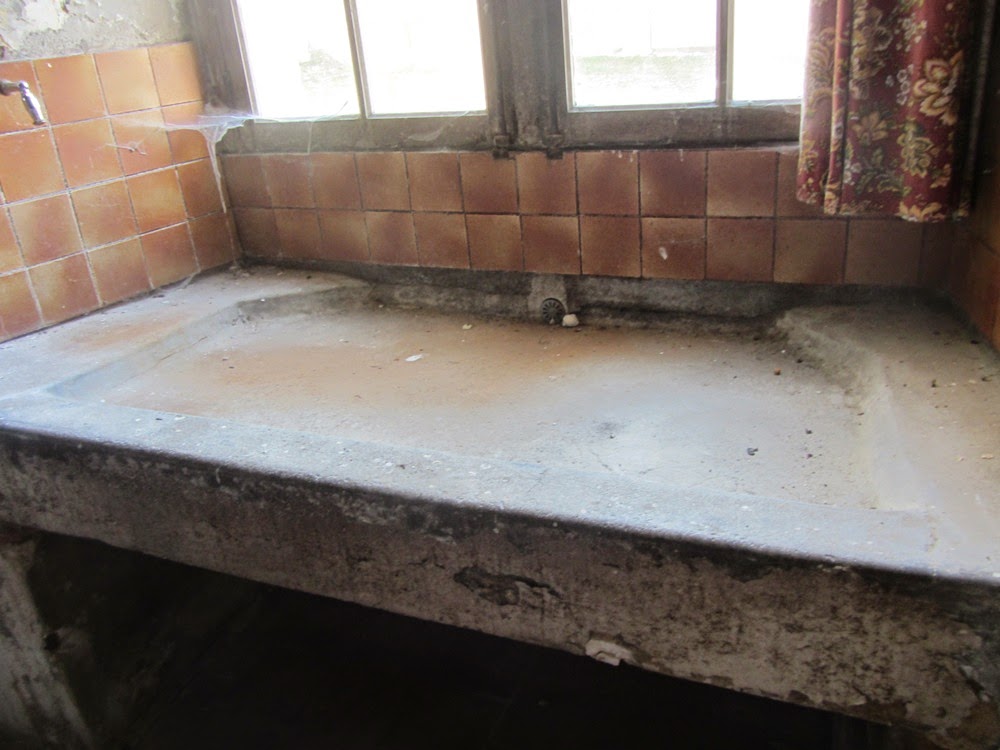 ...which had a number of features that may or may not have been original but it was a bit a mess. 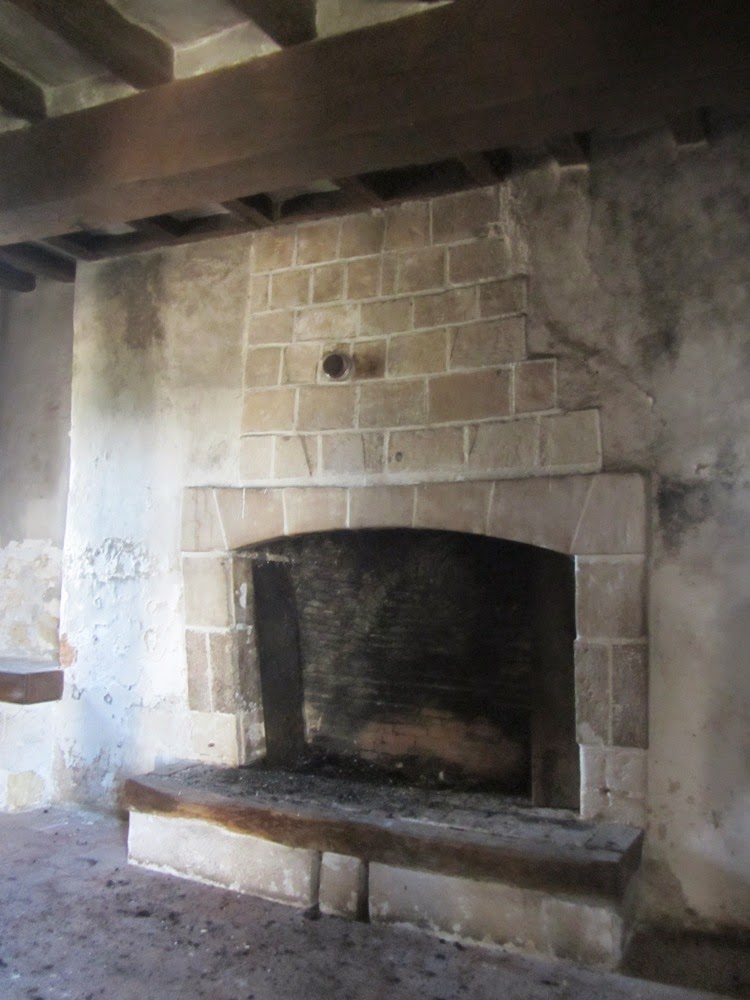 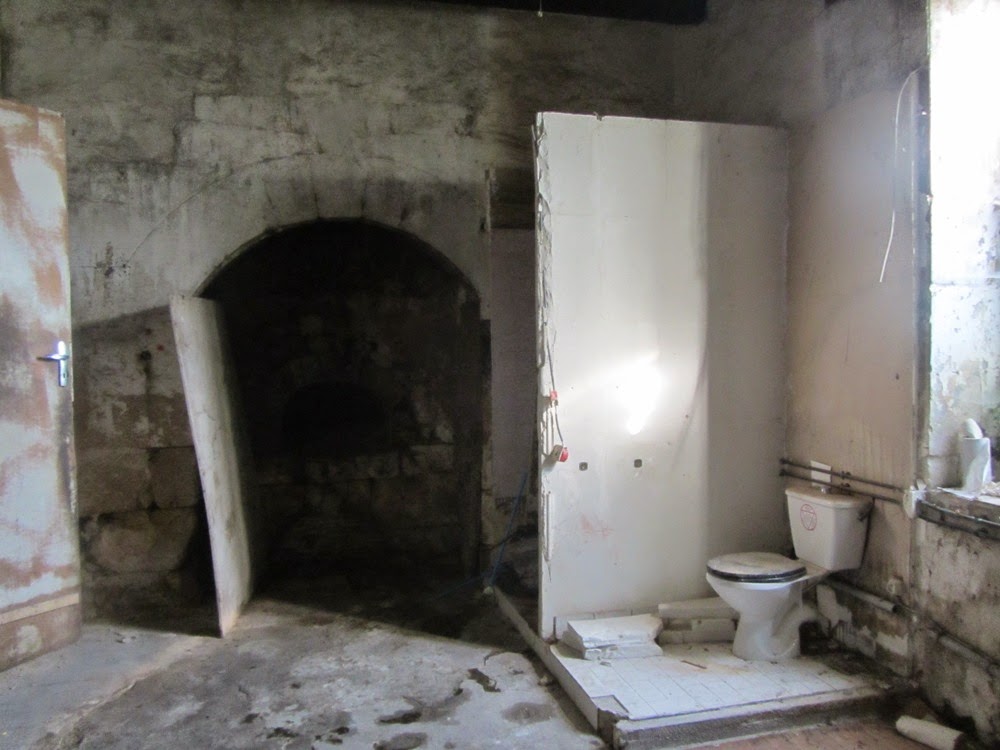 The bread oven is original and was discovered behind a wall - don't know how long the loo has been there however! We were also allowed in a couple of rooms on the first floor and had this view from the small terrace towards the pigeonnier. 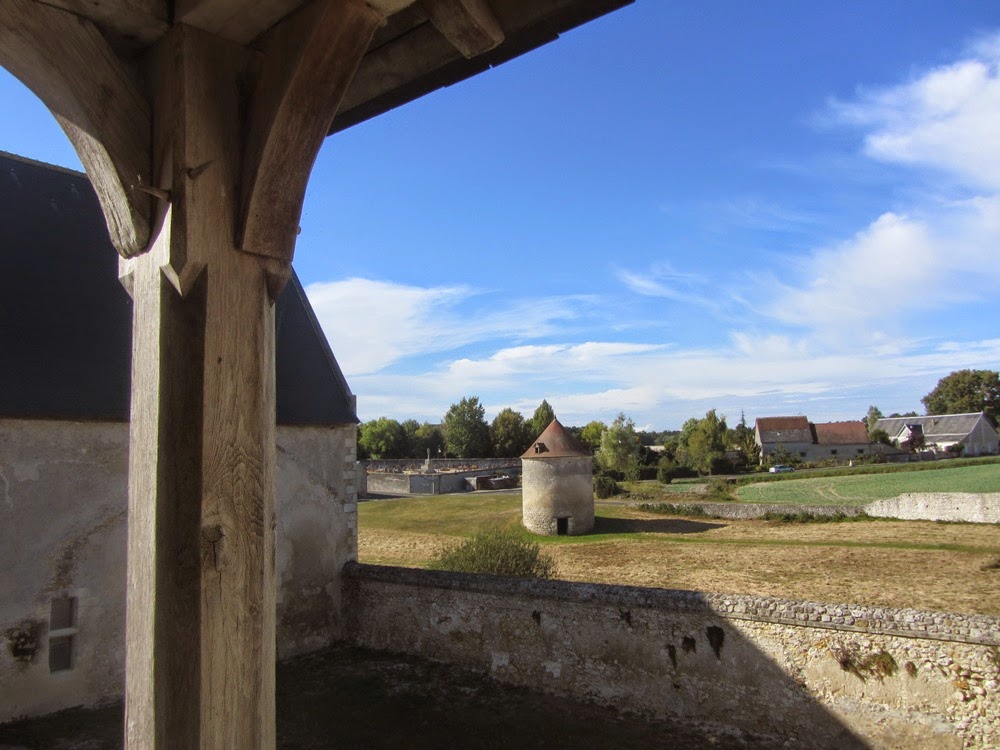 We were then taken behind the building to get a different view ...notice how the windows get larger and more detailed as you rise through the floors of the building. 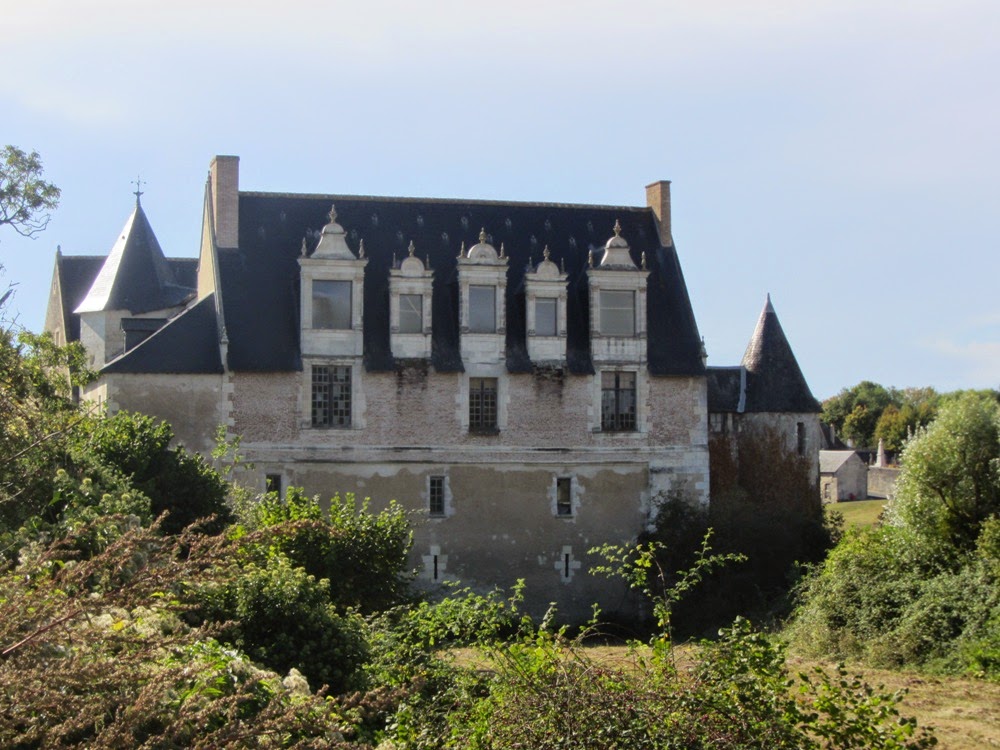 Then it was across the field to the actual pigeonnier 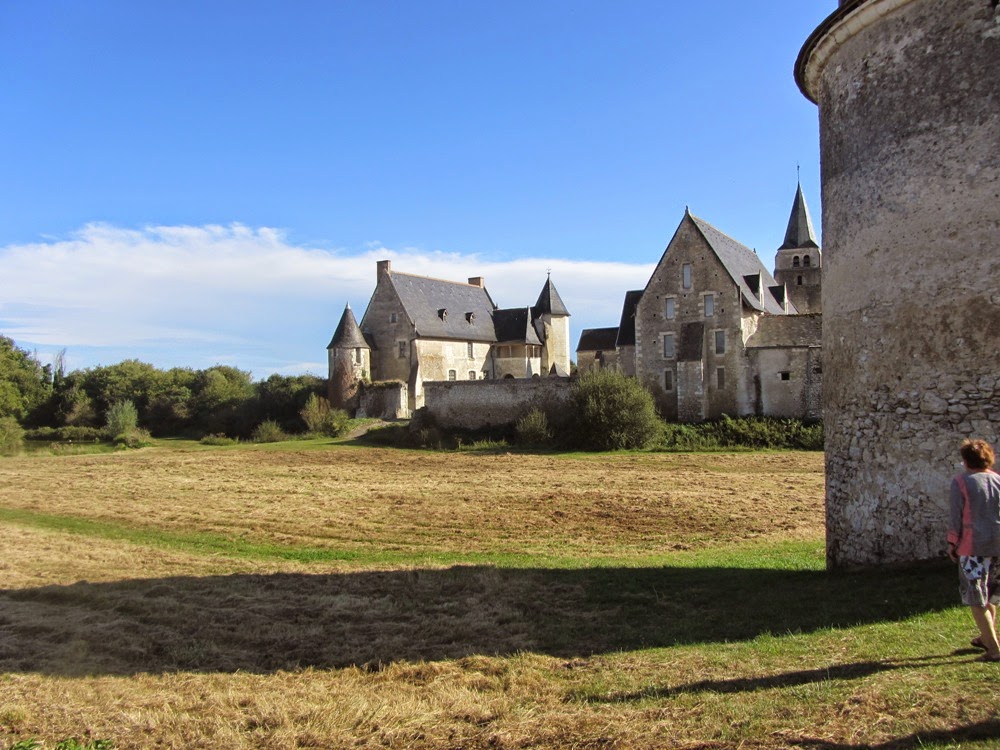 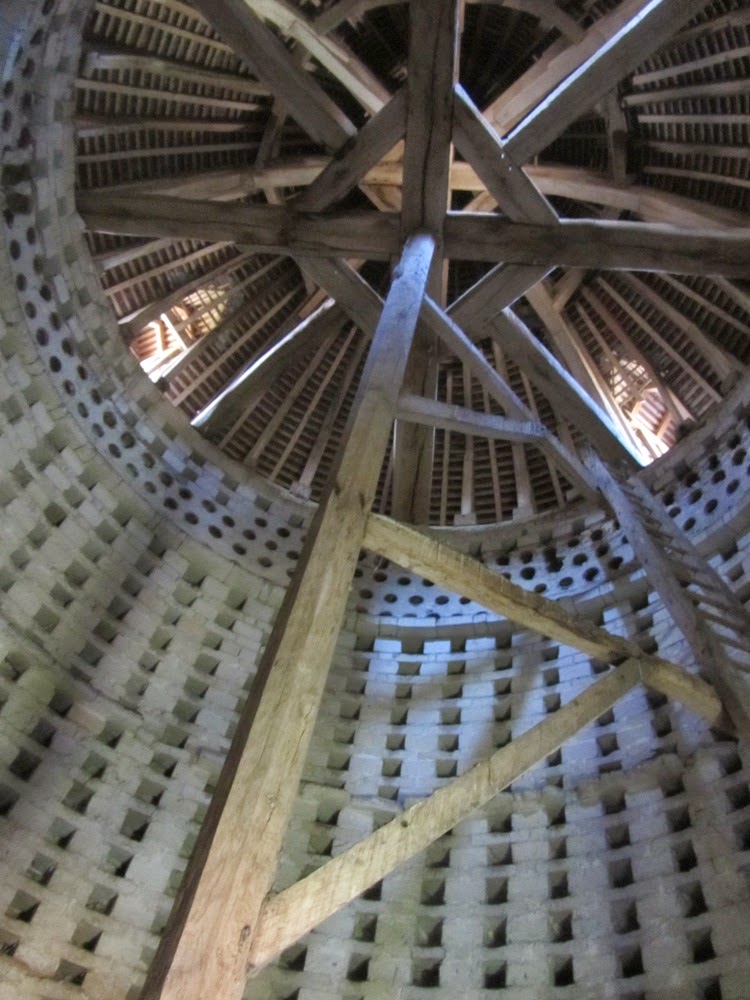 Where we viewed the detail of the interior. 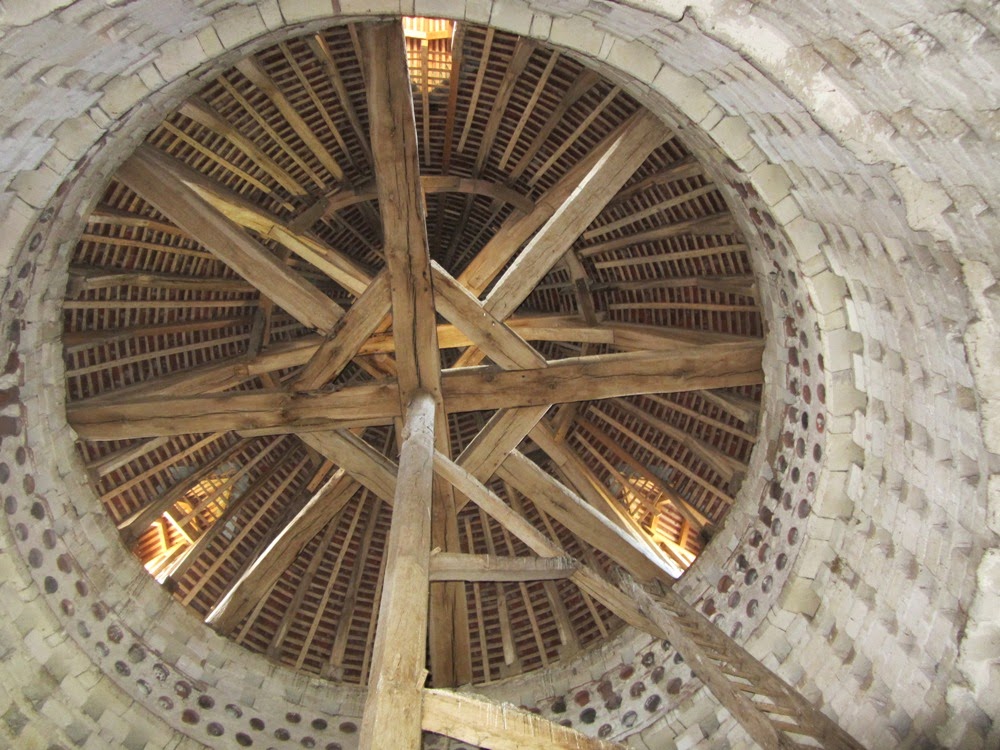 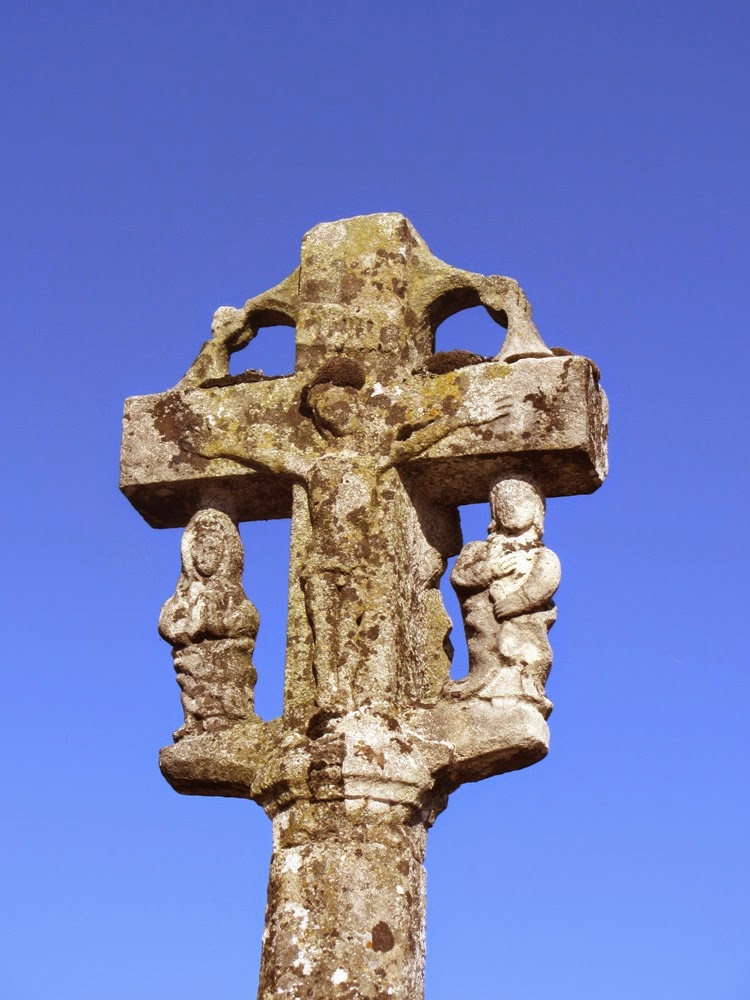 Then it was over to the cemetery which has a 15th century calvaire  cross which is a rare thing in Touraine. 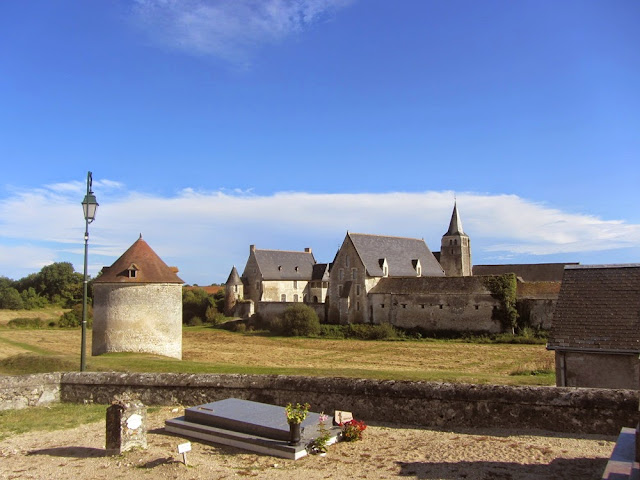 A very interesting visit to village that has more to offer than at first seems.