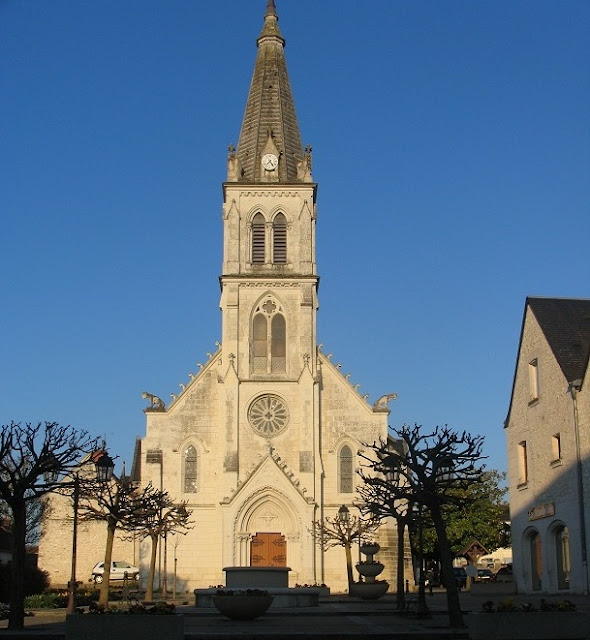 This weeks church is L'eglise St Martin in Ligueil which has features which date back to the 12th century.The front of the church with its bell tower along with the side chapels inside are the most recent aspects - dating from the 19th century. 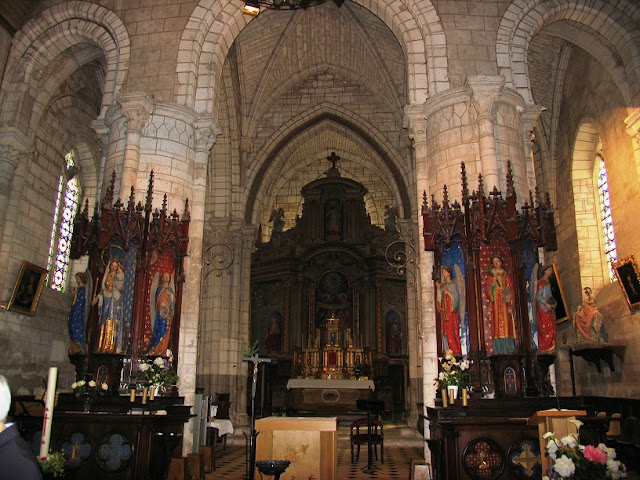 Inside is quite flamboyant compared to some of the others of the region. The choir with its imposing altars is from the 15th century. 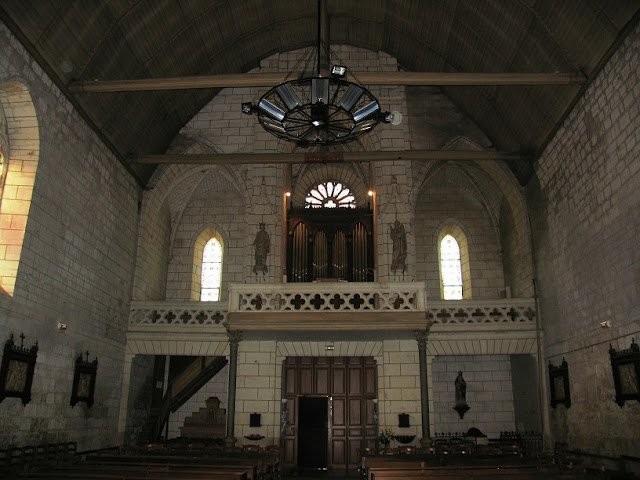 It has an impressive organ. 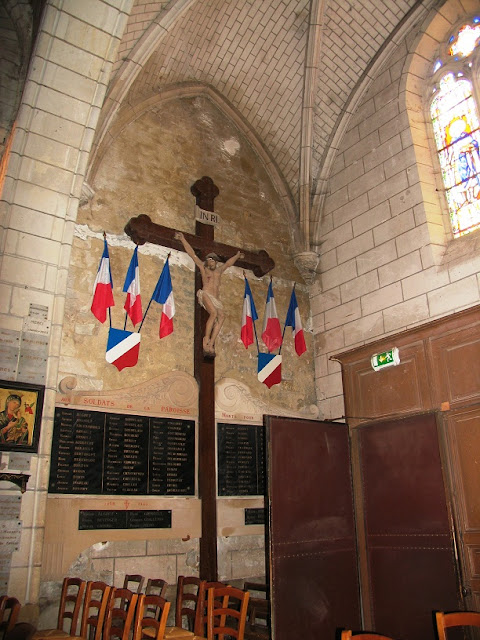 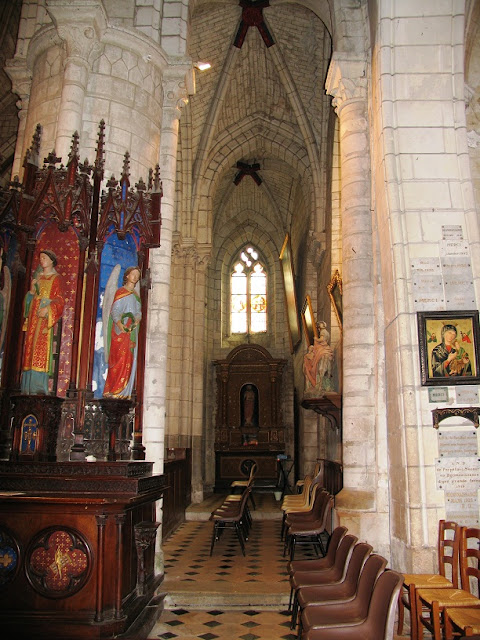 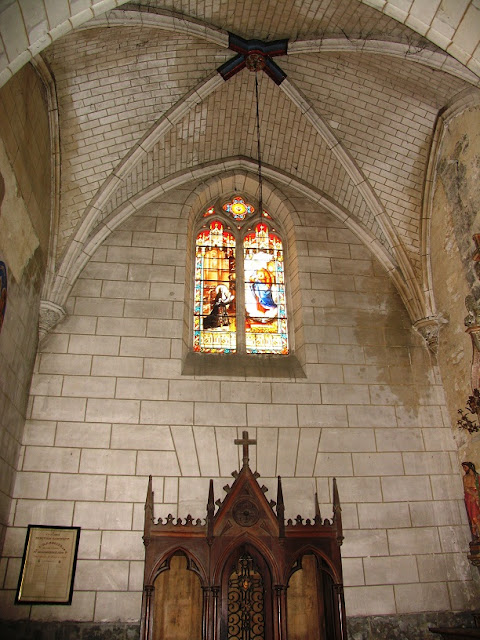 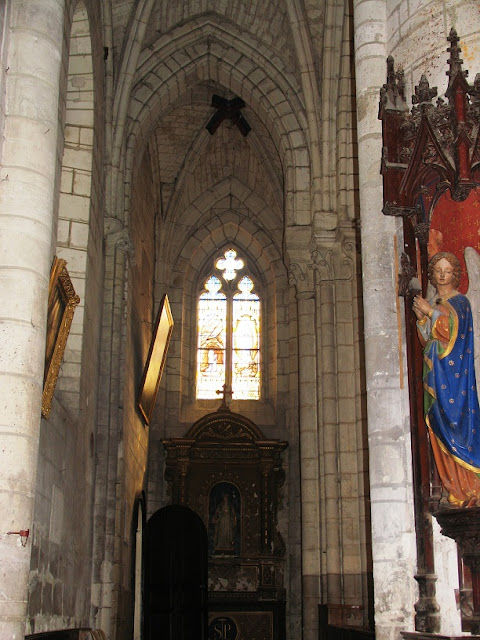 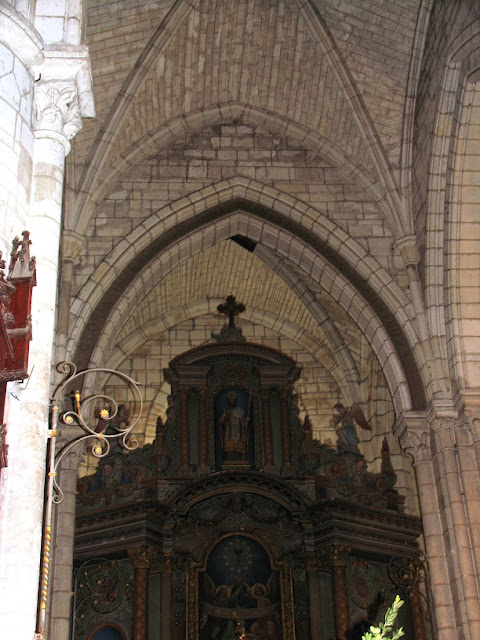 Where's Joan? thought she must be here somewhere but mass was about to start - so slipped out quietly. 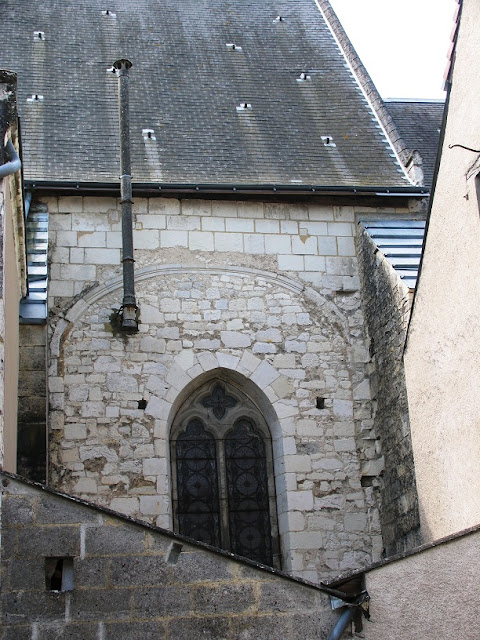 Part of the north wall is all that remains from the original 12th century church. 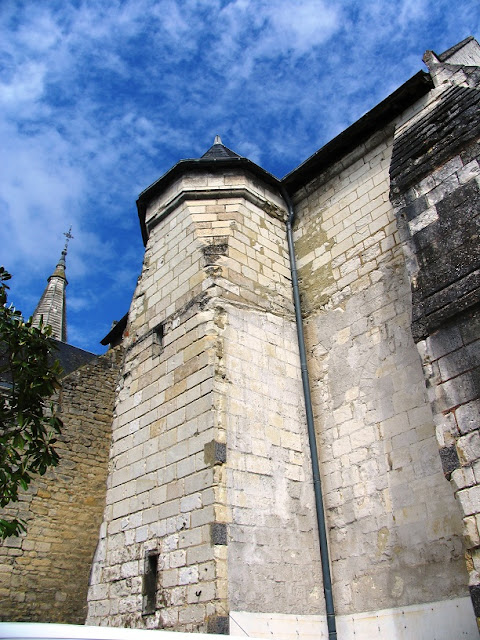 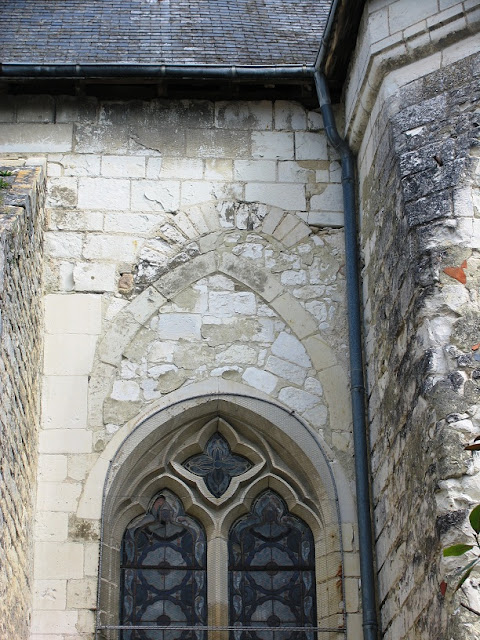 bears witness to the changes made over the centuries with examples like the window above showing at least two reincarnations! 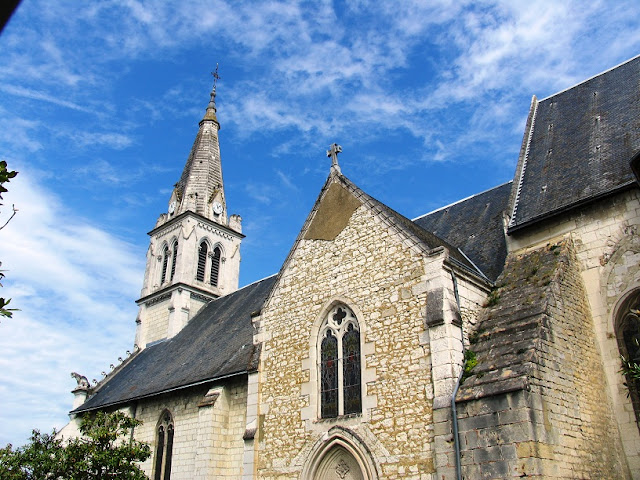 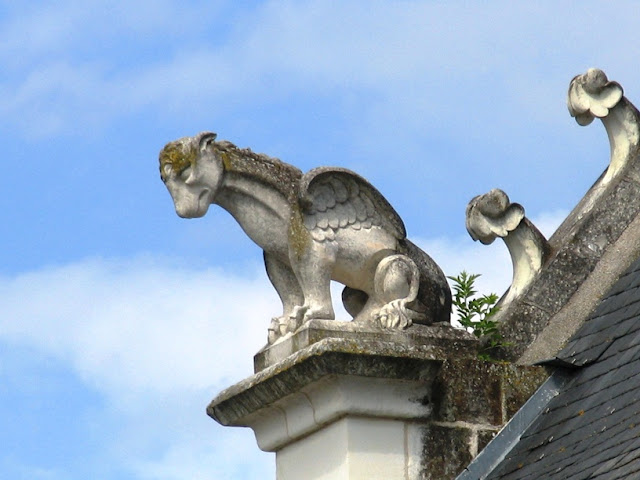 Not sure if the adornments on the facade of the chhurch would be described as gargoyles or not - griffen perhaps? - look too gentile but impressive none the less. 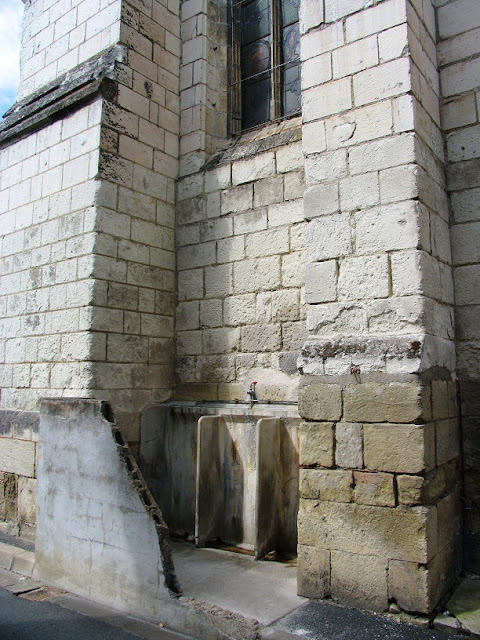 I've kept its least redeeming feature until the end - yes it's a urinal - built unceremoniously onto the back wall of the church - at least they used matching breeze block in its construction!!

Posted by Loire Valley experiences at 06:00