A walk around Saint-Maure cheese fair... 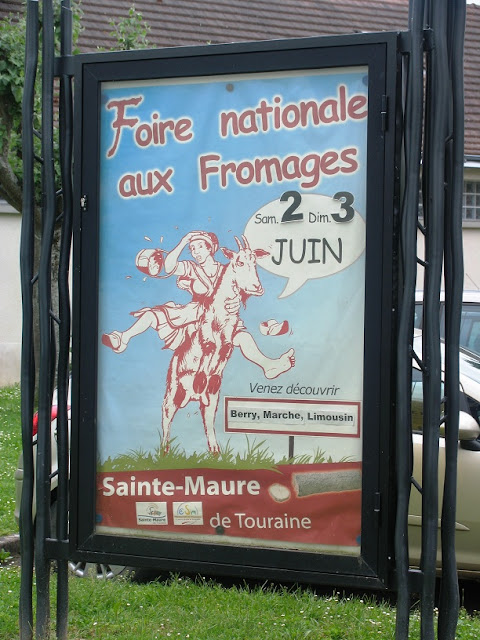 As well as visiting Abilly's 'Jam Festival' on Sunday the 3rd we also headed up to Saint-Maure to their celebration of all things cheese,too much excitement for one day I hear you say. We only knew this was on after having met Nick & Jean who said they had been the previous year and recommended it. They were heading for the gardens at the place she asked you to name here. We did comment on why all these events were on on the same day - would it not be better to spread them out so as to get better visitor numbers? Anyway... 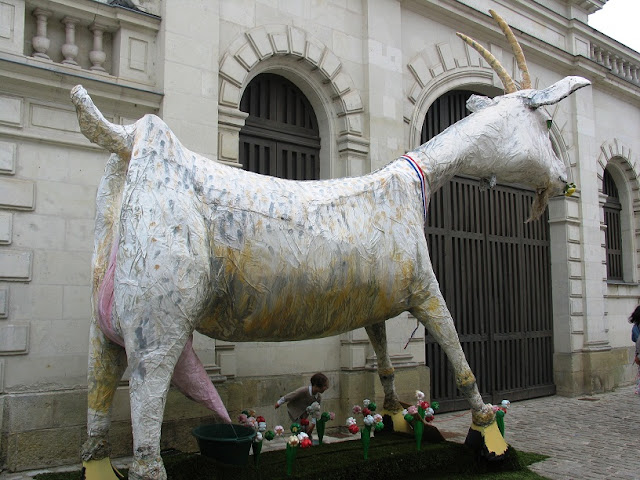 I'm glad we travelled north - if only to see the udder view of their giant goat! 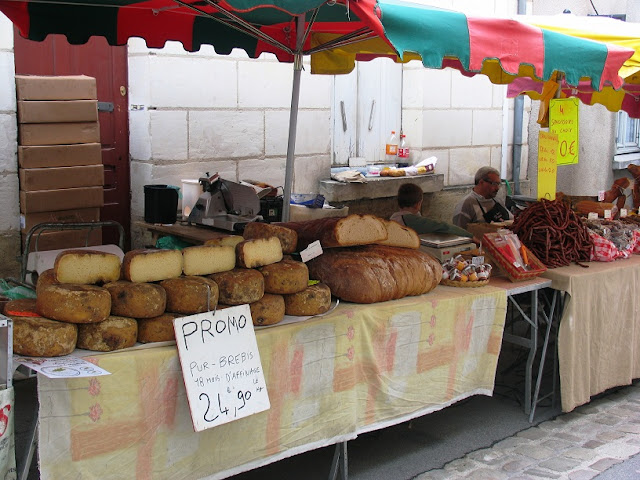 There was of course loads of cheese but many other stalls... 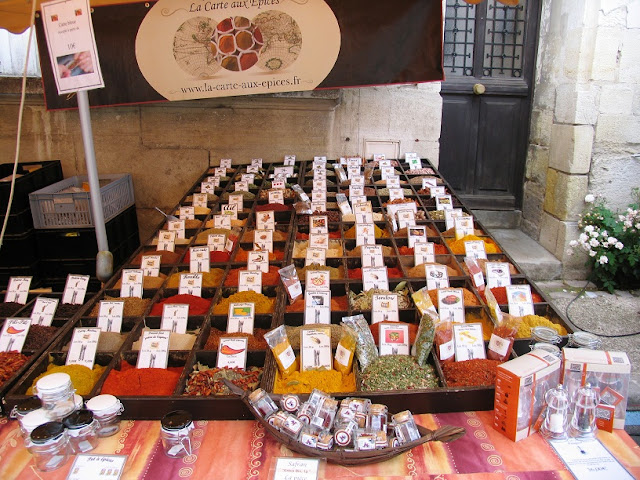 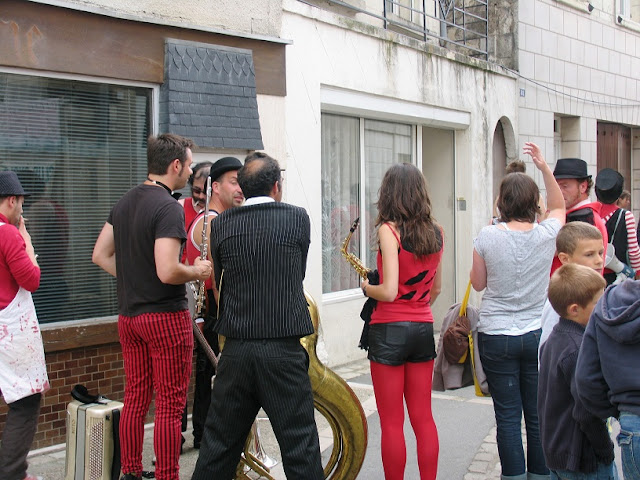 We caught the band here in rather an indecisive mode..."If we are going to play an OMD song it has to be 'Enola Gay' " 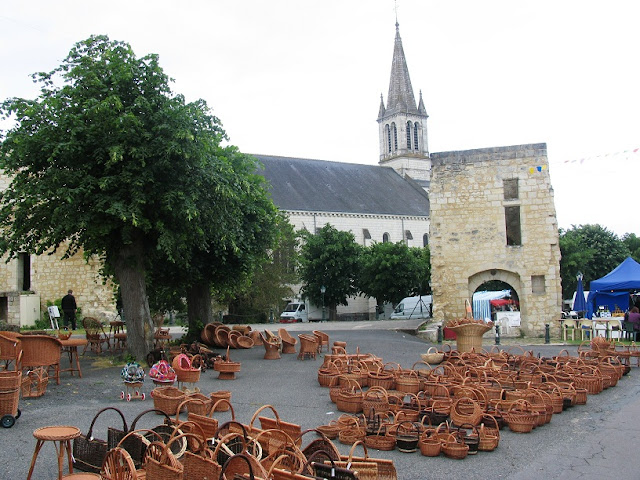 There was an impressive array of wicker work on display near the church... ...with some innovative use of the ancient material - well new to us anyway. 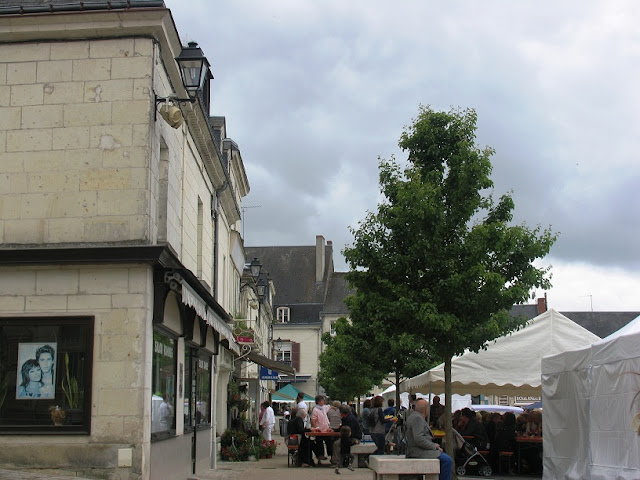 We had 'lunch' here from one of the many eating options - there must have been at least twenty! - spread out around the fair. We also stopped for a coffee in the square which was bedecked in canvas for the day. 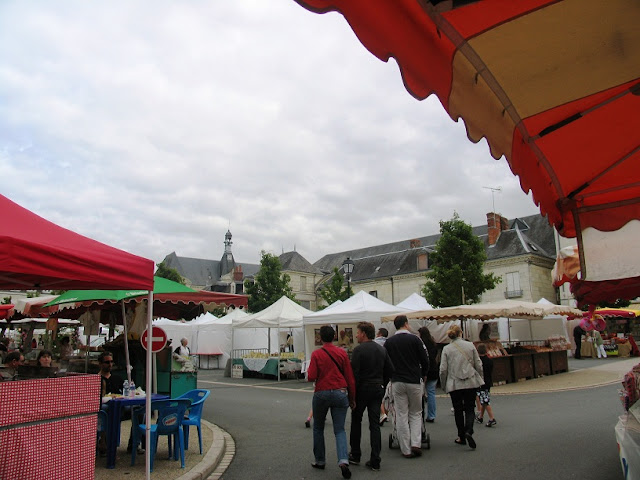 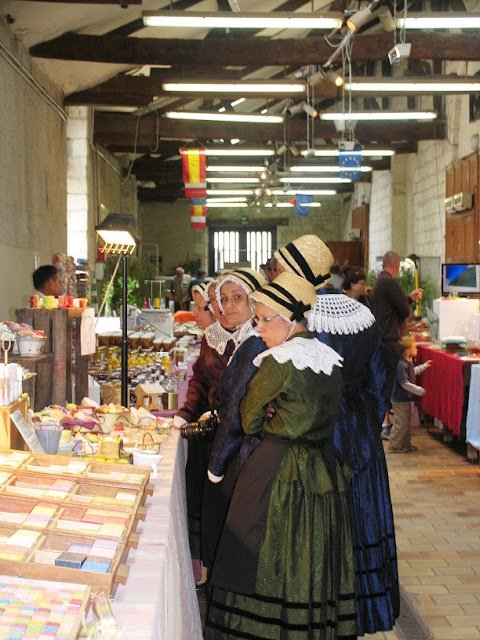 The display of 'crafts' was in the 'Salles des Fetes' - this coach party had just arrived from the past... 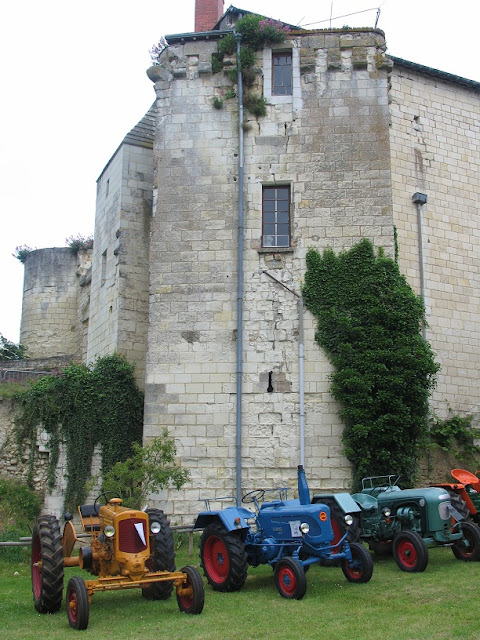 ...perhaps on one of these! 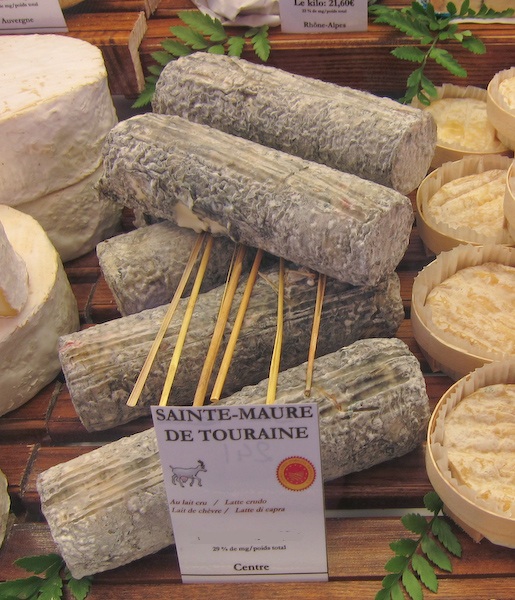 Here is a photograph of the area's famous goat's cheese - which was really what the fair is celebrating - but it's actually from a very good American site on cheeses, that tells you how to make it - I actually don't remember seeing that much of it on display as we wandered around - or perhaps it was a case of 'cheese blindness'!! Had a touch of 'Jam blindness' at Abilly. 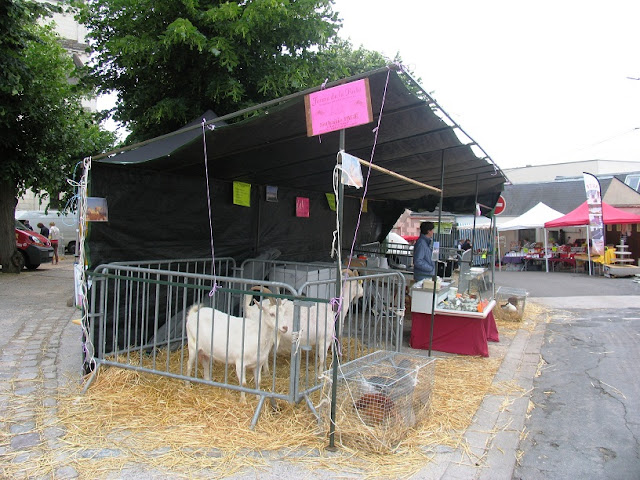 This still certainly had the freshest examples. 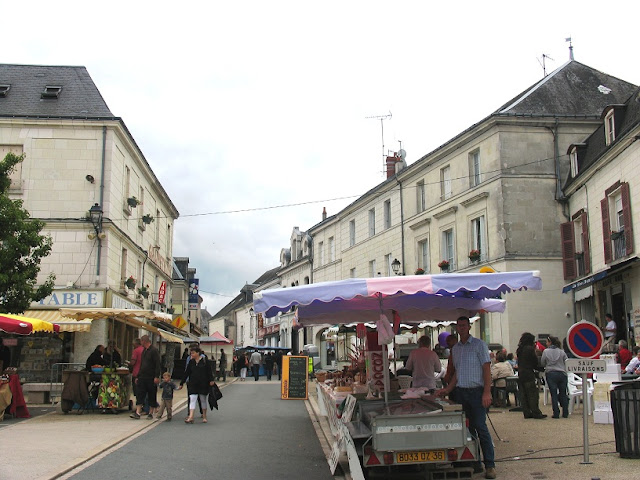 What our visit, which was enjoyable, did for us was to convince us to come back - we had come here to look at the older part of the town, when we were originally looking at the area with a view to finding our first house but because of its unattractive and now slightly bizarre (see tomorrow's post) main street, had forgotten it does have more to it than first meets the eye. Friday is market day here so we will probably return to try it one day soon.