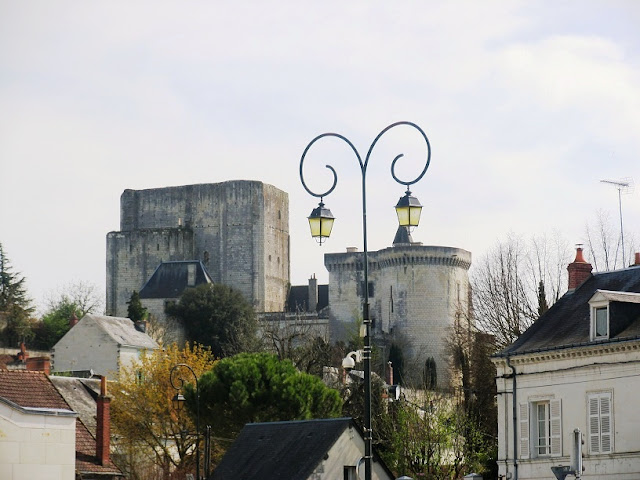 You cannot fail to notice the dungeon and keep as you drive into the Sothern Touraine town of Loches in the Loire Valley - its lofty situation well chosen by Foulques Nerra the Count d'Anjou  - the 10th century prolific fortress builder, makes it the first thing you notice on the skyline. 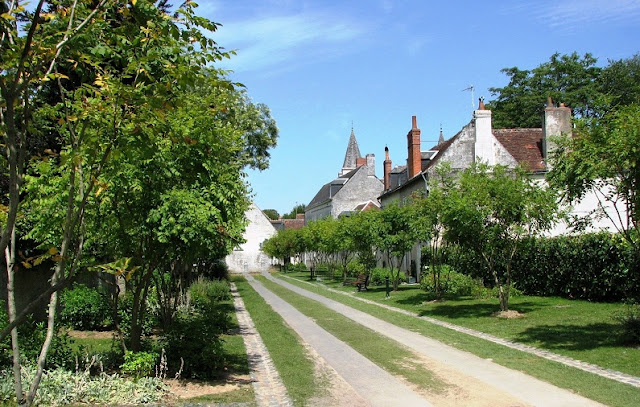 If you make your way up through 'Port Royale' turnng right takes you along the route to the 'dunjon' and keep. 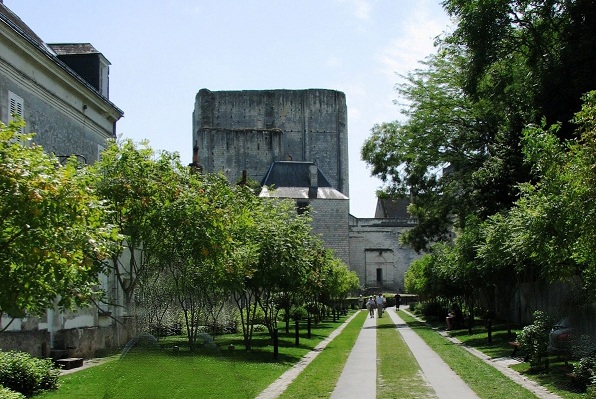 Even from here it looks quite imposing and formidable. 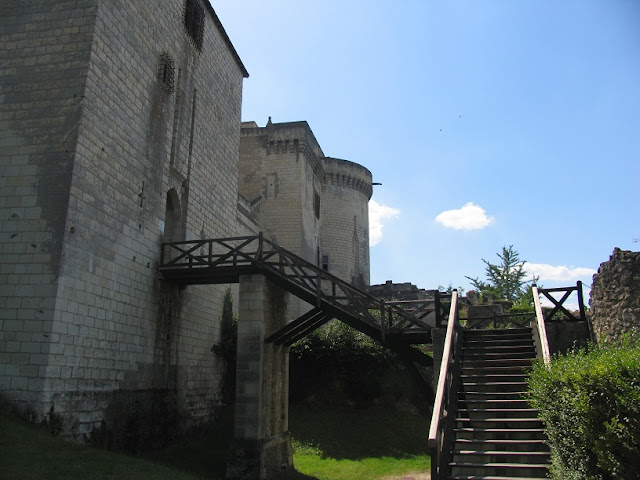 Before making your way up the wooden stairs to the entrance take time to wander around the exterior of the buildings - you won't be disappointed. 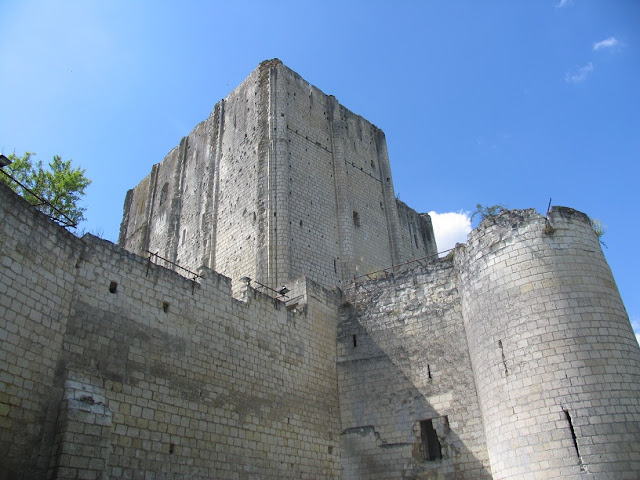 The fortress was fought over for a time by the English and the French. In 1193 after being left in the protective custody of  John Lackland (King John) while his brother Richard went off on the crusades it was easily taken by Philip Augustus of France. On Richard's return a year later, according to legend, he took it back after only a three hour siege.When you look at the fortifications this was no mean feat! It  stayed in English hands until 1205 when Philip again took possession this time after a year long siege, this episode marked the end of the presence of the Plantagenets in Loches. 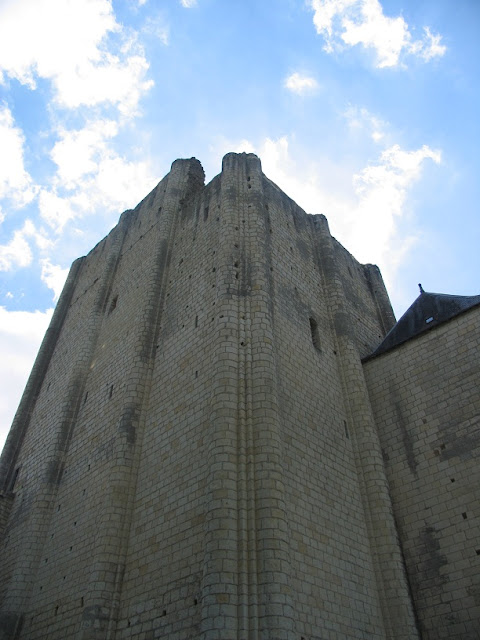 It remained a military fortress until the middle of the 15 th century.It eventually became a state prison and was still used up until the beginning of the 19th century. 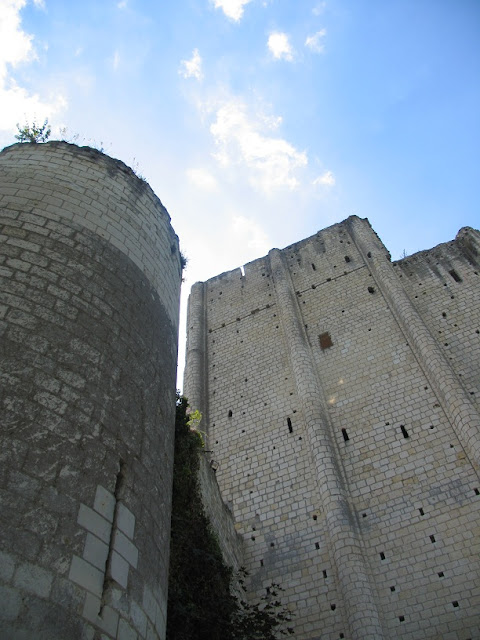 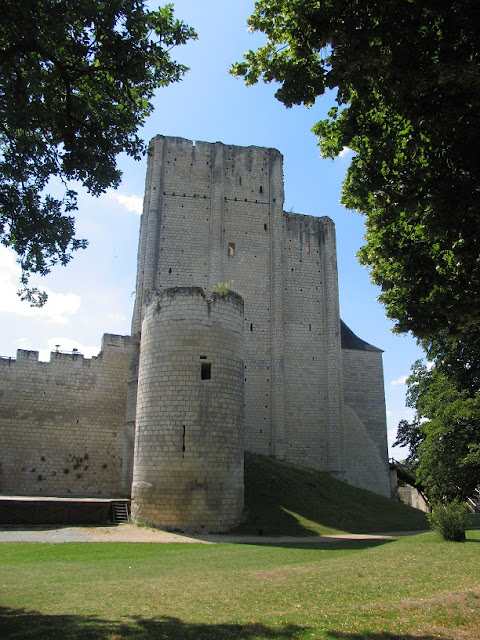 It is interesting to think , as you walk around, that you are walking in a garden where 'Richard the Lionheart' and John Lackland once strolled. 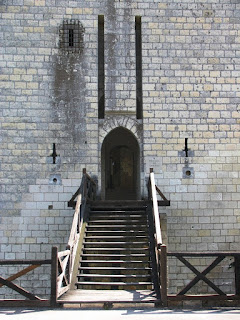 As you make your way up the steps via the 15th century barbican you immediately feel you are about to be immersed in history. 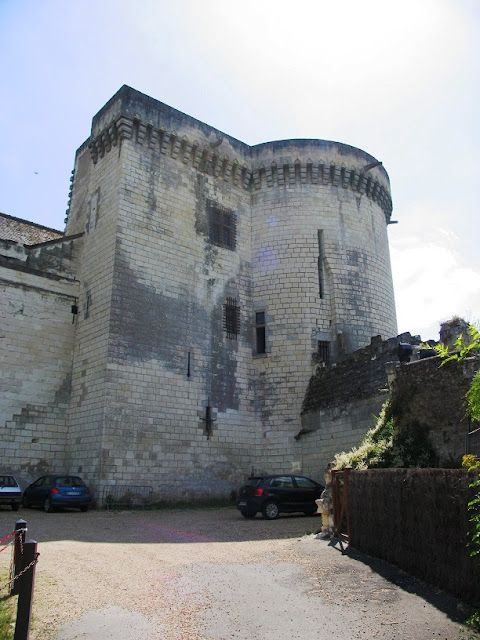 Once inside there are a number of different aspects to explore.. You first wander through the 14th century 'Governer's residence' before making your way to Louis XI tower (above) with its viewing terrace. 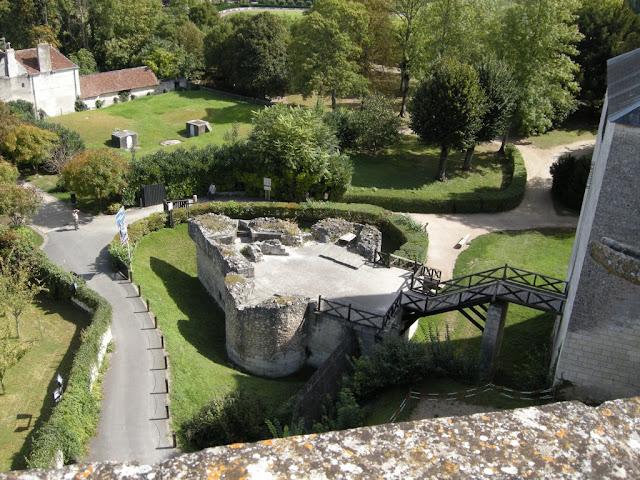 Looking back down to the barbican from the terrace. 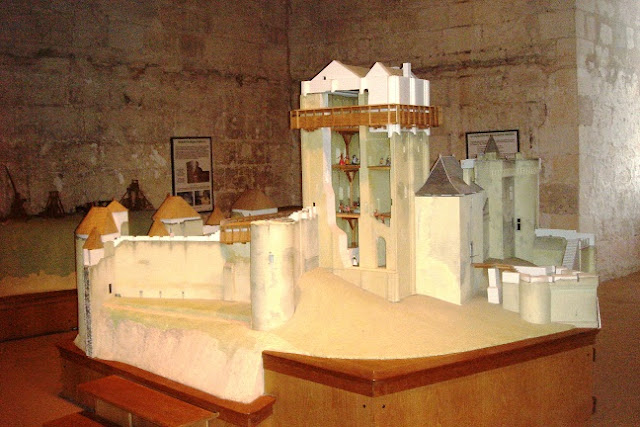 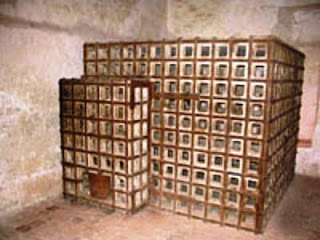 Inside there are a number of interesting areas such as the 'model room' giving you a better idea of the fortress's construction and use. You can also see some ancient graffiti left by previous 'residents', a torture chamber and the cage in which Cardinal Balue, an enemy of Louis XI was apparently held for three years 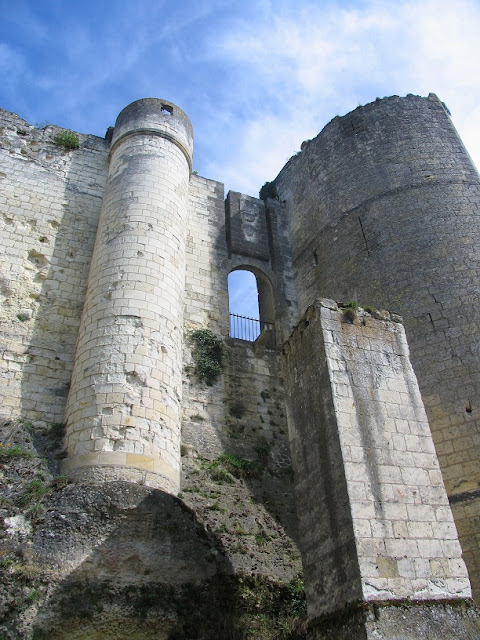 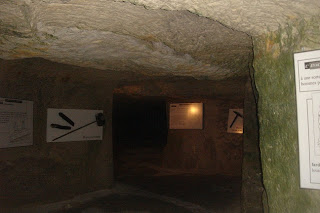 You can then move on to the 15 th century 'Martelet' which leads you into a network of 11th century subterranean passageways -from where some of the stone used was quarried from. The tower was used as a prison for political prisoners and there is a reconstruction of a cell for you to view within it. If you walk down through the caves you can exit the complex on Bd,Philippe Auguste.

Posted by Loire Valley experiences at 08:24