Visiting the Chateau at Loches combined with the Dungeons must be one of the best 'tickets' in the Loire Valley at only 7.50 euros (children under 12 free). Add to this the fact that you can visit the free 'house museum' of the painter Emmanuel Lansyer on the way and you have an excellent value-for-money day out. 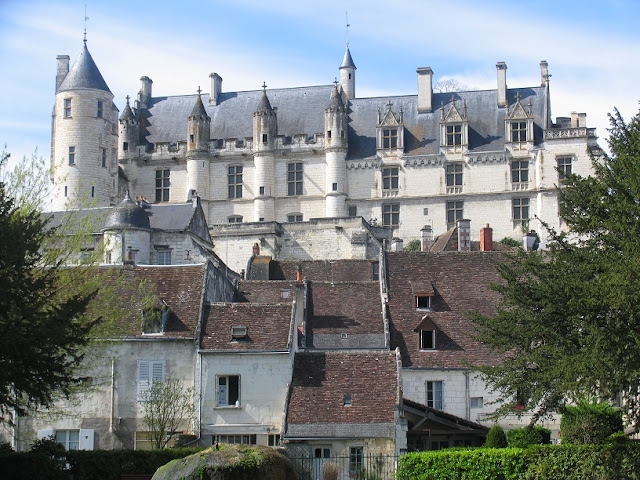 The chateau or 'Royal lodgings' sit really well into the landscape of this medieval town - it was after all where it all began. There has been a fortification on this site since the Romans built the first one in the third century. Situated to the north of the citadel, the  least exposed to attacks, it was used as the residence of the King and his court when they were passing through the town or staying clear of their enemies in and around Paris.. Two buildings dating from different periods sit side by side, the south-east part, built against the round tower called the Agnes Sorel tower was built at the end of the 14th century. Its built-in turrets and its machicolations are reminiscent of military architecture.
. 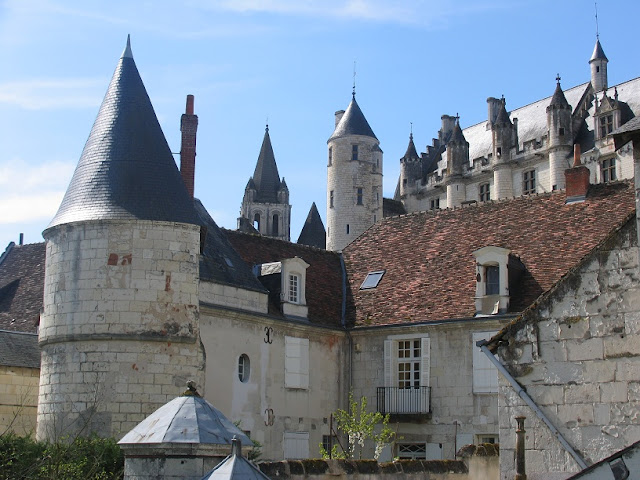 Of what you see today, only the watchtower,or Agnes Sorel tower, (centre) is earlier than 14th century when it was annexed to the great hall and 'Royal Chamber' - which is what you see below. 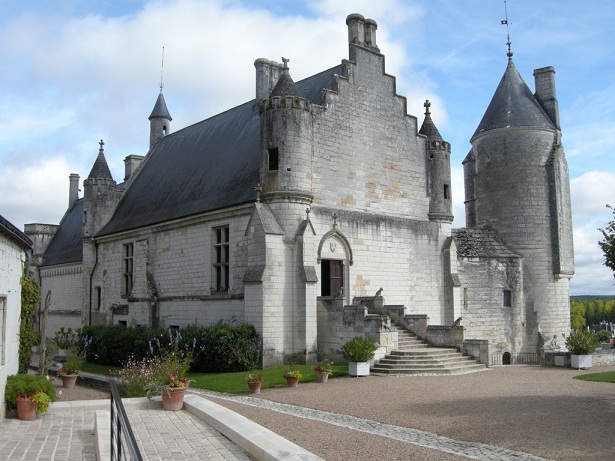 I often think this building is the opposite of the 'Tardis' in that when you look up from the gardens on the other side of the river Indre it looks quite large but when you visit it feels really quite compact. 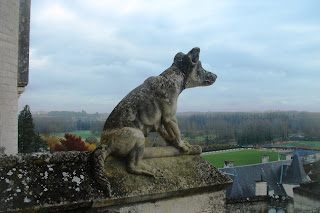 The dogs sitting on the walls of the entrance stairs recall the favourite pastime of  its royal residents who would hunt in their well stocked hunting estates close by. 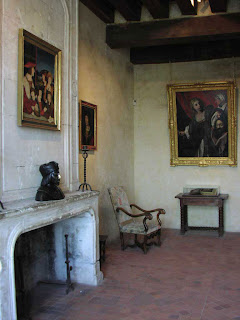 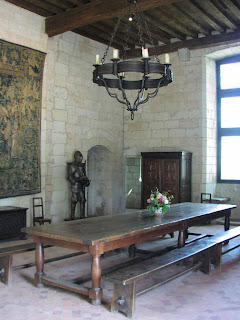 It was in the great hall (right), in June 1429, Joan of Arc, on her way back from Orleans, came to find Charles VII and convinced him to go to Reims in order to be crowned.The castle would become a favourite residence of Charles VII who gave it to his mistress, Agnes Sorel as her residence. Agnes is recognised as the first official royal mistress. It would be converted for use as a state prison by his son, Louis XI  who had lived there as a child but preferred the chateau at as a residence -- spoilt for choice really. 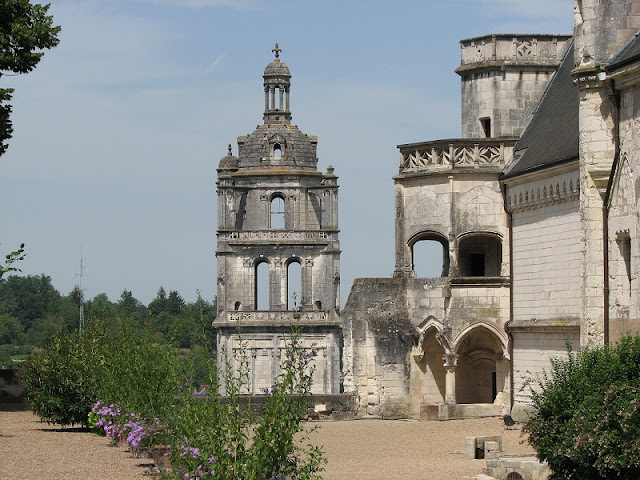 The entrance to the oratory of Anne of Brittany*,on the right of the picture, is actually part of the citadel wall. The tower in the background is 'La Tour Saint-Antoine' which served as the town belfry. It rises to 52 meters. Built between 1529 and 1575, it is apparently the only bell tower of  Renaissance design in . * You can read more about Anne, Agnes and Joan here 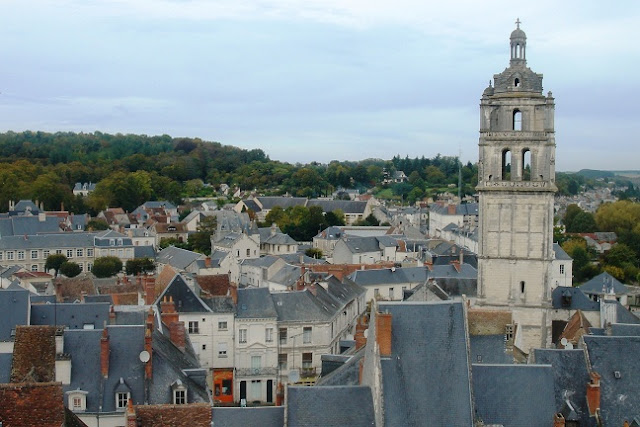 A good view of this and the rooftops of the town can be had from the terrace.