When we went over recently to visit La Rochelle (yes I know it's not in the Loire Valley) we spent our last day over in the picturesque Île de Ré . It was a short drive over the impressive bridge, built in the late 80's to what has become an island, of mainly holiday homes for people from all over France and beyond It costs 9 € from 12th September to 19th June and 16.50 € from 20th June to 12th September for a return ticket over the bridge. 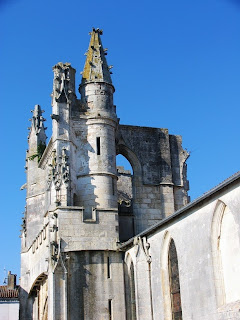 The island's population increases tenfold during the summer months, from 20.000 to over 200,000, so October was a good time to visit. We visited the main port of Saint Martin which on arrival did not seem very appealing, but as we made our way down,  past the Gothic Église St-Martin, to the harbour we immediately understood its allure. When the harbour area opened up in front of us full of bobbing pleasure boats and surrounded by shops and restaurants, picturesque and inviting, we thought we had arrived at a film set! 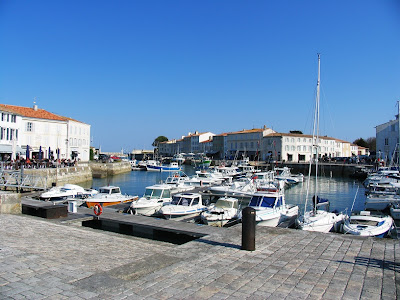 We had a pleasant lunch looking on enviously at a lifestyle quite beyond our means. 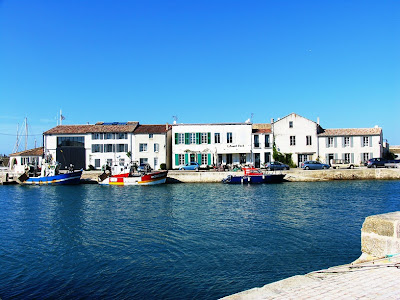 It could have been the height of summer, are we lucky or  what!

Posted by Loire Valley experiences at 06:00